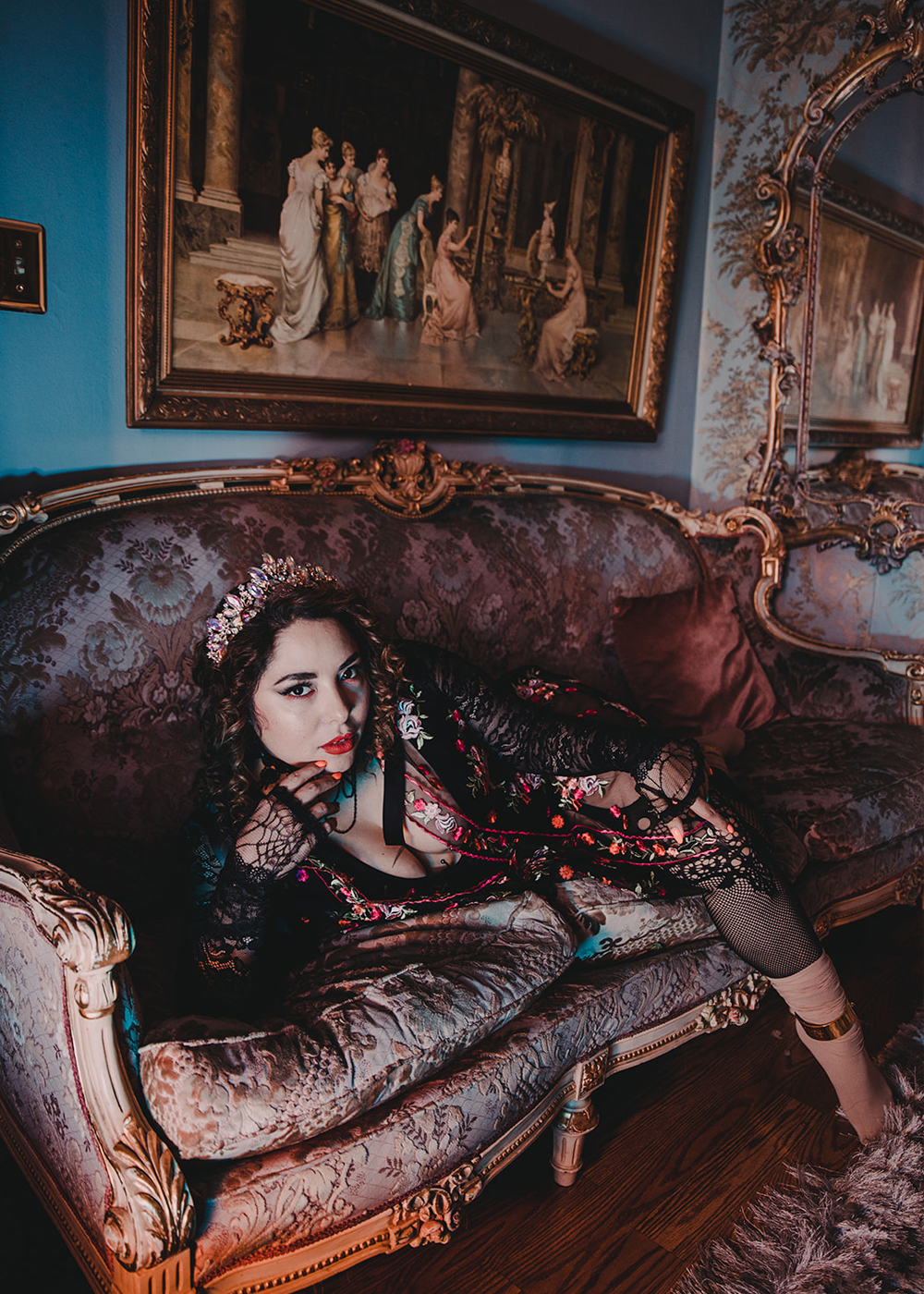 For designer Emily Daccarett fashion and music can not be separated. Daccarett creates an immersive world of storytelling through music, film, and fashion. Each artistic direction begins with a beat that forms a story. From the start of her brand, she has fused those worlds together, creating a symbiotic flow between the two. She uses textiles, shapes, and sound as her tools to world building, and give her audience the chance to step into those stories and experience it themselves. She graduated from Instituto Marangoni in Paris and the prestigious Ecole De La Chambre Syndicale de La Couture Parisienne, where she trained in the French technique of draping and pattern making. Soon after graduated from the Musicians Institute in Los Angeles. She made her runway debut with Concept Shows during LA Fashion Week. Now she is pushing the boundaries of her imagination through synth-pop. Think of Blondie and David Lynch having a baby in 2020 and that’s the direction her music takes.We were lucky enough to listen first hand to her amazing single  Growin Addiction  from her EP   Cannibal and with the amazing quality of music. We decided it was about time to have an interview to find out the the woman behind such amazing talent and creativity 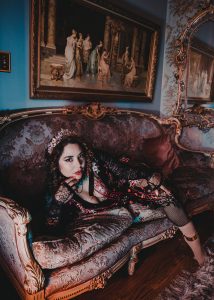 What inspired you to get into music?
Fashion and music have always been my passion, however I chose to focus and study fashion design, but when I left Paris for LA to start my own brand, I had no idea I would be falling back into music. As I was preparing for my first fashion show, we were trying to get the music license of a French song I wanted to use for my runway show, but it was taking too long, so we decided to go with a music composer. Fortunately, I could speak and write in French so I wrote the lyrics and provided the vocals, afterwards we collaborated on every collection after. I fell in love with the whole process and decided to go to music school to learn how to produce. I started working on new songs and experimenting with different sounds which eventually became my ep Cannibal.

How would you describe your music?
It’s a blend of 80’s pop, dream pop, and 70’s rock with a cinematic flair.

What would you say is your recording and song writing style?
I take a lot of influence from French pop, especially 70’s French pop, 80’s synth pop, and movie soundtracks. I approach my music the same way I design a collection, I always start with a theme or mood which might result in a more 70’s vibe or 80’s depending on the story of the song or album.

Where would you like to see your music career in 5 years time?
I would like to be touring in the US, Europe, and Latin America. I’m currently working on this, so I hope to have expanded the content creation to a complete fashion line for both men and women. In the past my collections have been influenced the music we wrote for the shows, but now I’m trying to have my music stand alone and have its own streetwear line directly inspired by each album or single released.

Where can music fans listen your music?
I have my music out on all streaming services!
https://open.spotify.com/album/107ljBqQOzlqyQL1eOj4av?si=QD1AZlAWSb-FjB3aSQsO3w
https://music.apple.com/us/album/cannibal-ep/1488052410?uo=4&app=music&at=1001lry3&ct=dashboard
https://soundcloud.com/user-954587495
https://www.youtube.com/channel/UC4zBd_pmc8gUfIMXp6y1A5A