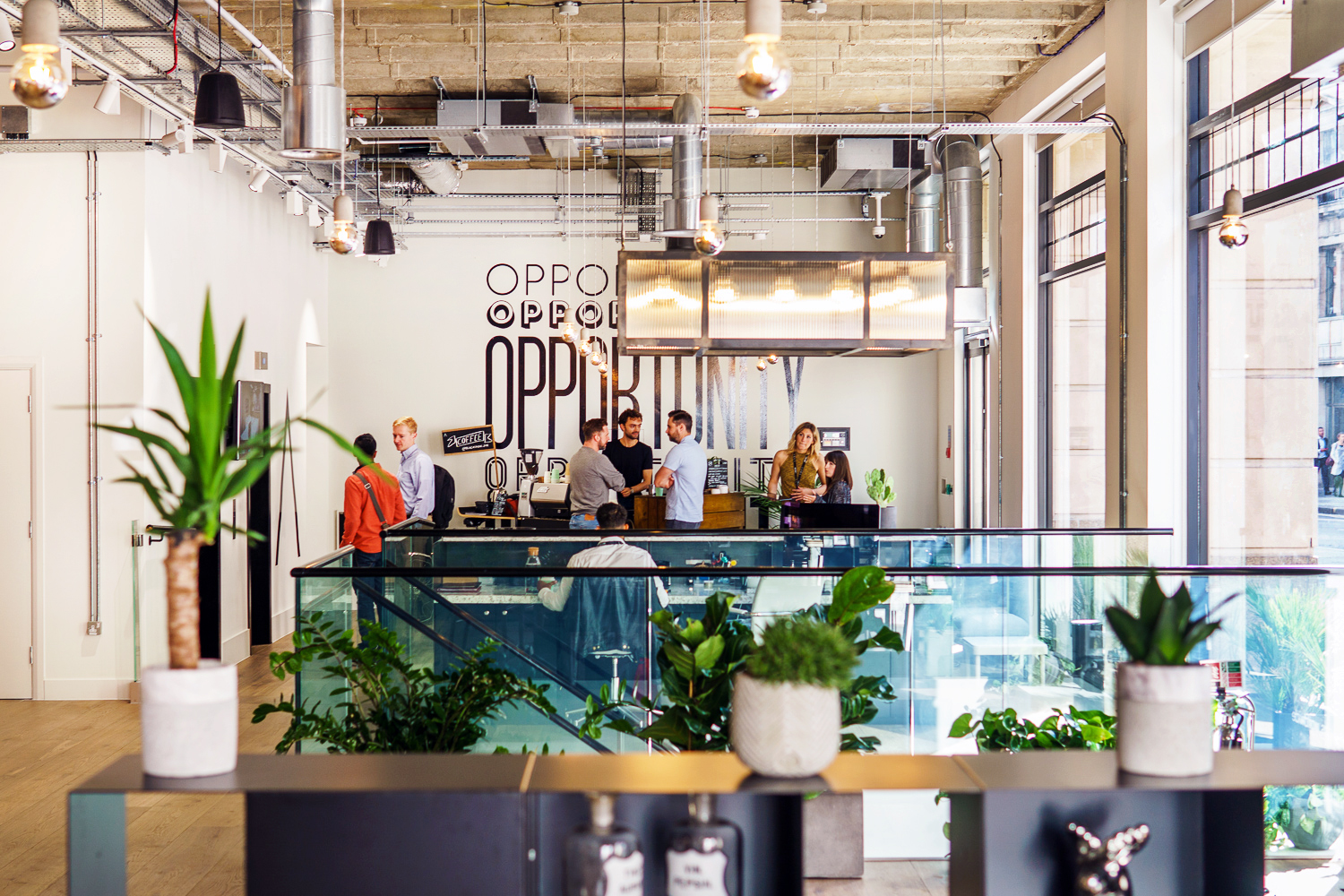 The office of the future may not be based on how many floors you can manage or how much staff you can cram into one space.  The rise of  technology  has led to entrepreneurs wanting much more than your standard box stereotype when it comes to office space. There is a disruptive demand for a space where individuals can exchange ideas, network and enjoy the work/life balance that is essential to build a successful brand. With London being  the global capital of entrepreneurs and innovation. The new buzzword is ‘Disruptive workspace’ and every workplace designer’s tongue is talking about incubation, cross-pollination, symbiosis and co-working concepts that are causing even more walls to come down and hierarchies to flatten further. In today’s parlance, the corner office is no longer seen as a prize, it is seen as a burden. Introducing…LABS, the company re-defining London’s coworking revolution, has launched LABS Hogarth, it’s 27,000 square foot space in Holborn. The building is a short walk from Holborn tube station, and includes a variety of design-led, sophisticated workspaces including open plan cafeteria and bar, private offices, dedicated desks, dynamic lounge areas, fully equipped meeting rooms, and event spaces.

Bianca Bass, Head of Marketing at LABS who took us through the whole concept and the future of coworking.
She  added ” In the past coworking has been associated with freelancers and entrepreneurs, LABS is redefining the way established businesses work, with tenants varying from KPMG to King’s College London, and providing our members events by companies such as Uber and many more”.

Events are a primarily vehicle used by entrepreneurs for networking and LABS takes it’s concept of events one step further.   “Members are welcome to host their very own events within the LABS spaces, everyone from Twitter to Uber have already booked LABS Hogarth to create and host their experiences”.

This is just the tip of the iceberg as LABS’ mission is to help businesses not just work, but grow, no matter what their size or industry. Behind LABS are some of the world’s most successful entrepreneurs and technology experts who are keen to share their knowledge, including the Israeli billionaire, Teddy Sagi who is the Founder of LABS.
Israeli entrepreneur Teddy Sagi lives in Tel Aviv but has strong U.K. ties to many of his assets. He founded  Playtech in 1999 and sold a 12% slice of Playtech for almost $400 million in 2016; there were some further sales in 2017, as he wanted to further diversify his investments and fund his real estate and co-working interests. He now owns only 6.3% of Playtech”.

Sagi is a strong believer in the future of coworking and is investing in Holborn and Camden to rejuvenate these areas, attracting a range of workers and businesses who bring innovation and entrepreneurship. He mentioned “Across the globe, the way established businesses work, and the way they want to work is changing. The coworking revolution is causing a generational shift in the way the property industry works. LABS is the future.”

Interested?
Lounge membership starts from as little at £50 per month (+ VAT) and other options include coworking, dedicated desks and private offices. LABS is on track to reach up to 500 co-workers at Hogarth House, and has started to develop more coworking space in the Midtown area. As part of LABS’ global expansion plans, offices are soon opening in Tel Aviv and Bucharest, as well as six sites across Camden and Holborn.

Chelsea Monthly in collaboration with VooVix TV and Labs brings you a brand new TV show called #TheBusiness . Follow us : @ChelseaMonthly for new episodes each Friday and for more information on LABS . Click here