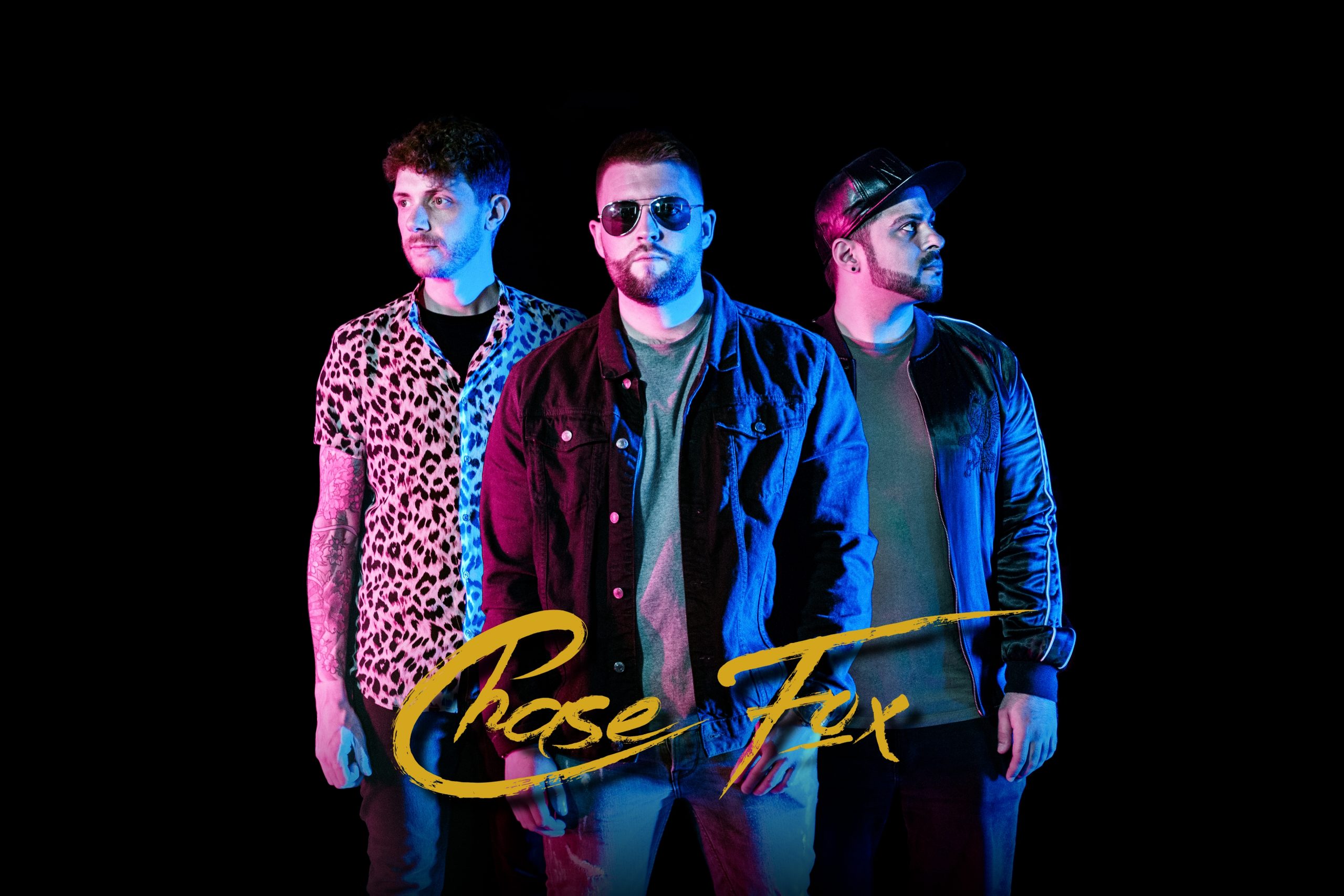 Introducing ‘Chase Fox’, a new band from the U.K. producing commercial pop/rock music with a melting point of other genres mixed in. They have just released our first single, ‘Ric Flair’ on all major music platforms on June 12th 2020.song was exclusively premiered via ‘BBC introducing’ and has continued to have radio play through various BBC music channels. The  song has nearly 26,000 plays on YouTube in just under 4 weeks with thousands more plays across the major streaming platforms such as Apple Music and Spotify etc. So, how did an upcoming band from the West Midlands UK reach this heights in such little time?  Well, the outfit go together after the four members  decided to start creating commercial pop/rock music with an edge of other genres mixed in. Ben the lead singer has performed since a young age around local bars/pubs and private events which led to him recording vocals professionally in a studio environment. Influenced by genres like classic rock, blues & jazz music. Rob has been part of numerous live and studio bands with a background mainly in heavy metal. He has also performed many shows across Europe to a count of thousands of people/fans alongside a show at the Millennium Dome in London. He has also appeared on MTV2 and Kerrang! Radio/Magazine. Influenced by metal & classic rock artists like While She Sleeps & Queen, to mainstream Pop and EDM music like CHVRCHES & Taylor Swift.

Kam and Gurj are brothers of a Production/Engineering duo known as ‘Bloodline Music’. They have been in the Asian Music Industry for many years and have won multiple awards in the Asian industry, including the Brit Asia Awards and have established a solid fan base on their social media platforms with a count of over 100 million hits collectively on their music across YouTube.

Following the release of ‘Ric Flair’ a song named after the WWE Wrestling legend, none other than “Ric Flair”. The song uses a clever ensemble of Ric Flairs “nicknames” within wrestling, such as; Son of a gun, Freewheeling, Limousine Riding, Private Jet Flying, Kiss Stealing, Bad man walking.The song’s message is about “coming from ‘nothing’, and following your dreams, despite what others say to get to the top!” We decided to catch up with Chase Fox for our quick fire round interview.

What inspired you to get into music?
Being blown away by our music idols on TV as kids and singing along to our favourite tracks in the car whilst our parents were driving.

How would you describe your music?
Commercial PopRock with an edge of other genres mixed in

What would you say is your recording and song writing style?
We have our own professional, high-end studio and do everything ourselves in-house with the exception of mastering. One of us will have a lyric of lick and we’ll take it to the studio and build on it together

For more information on Chase Fox. Follow the links below;