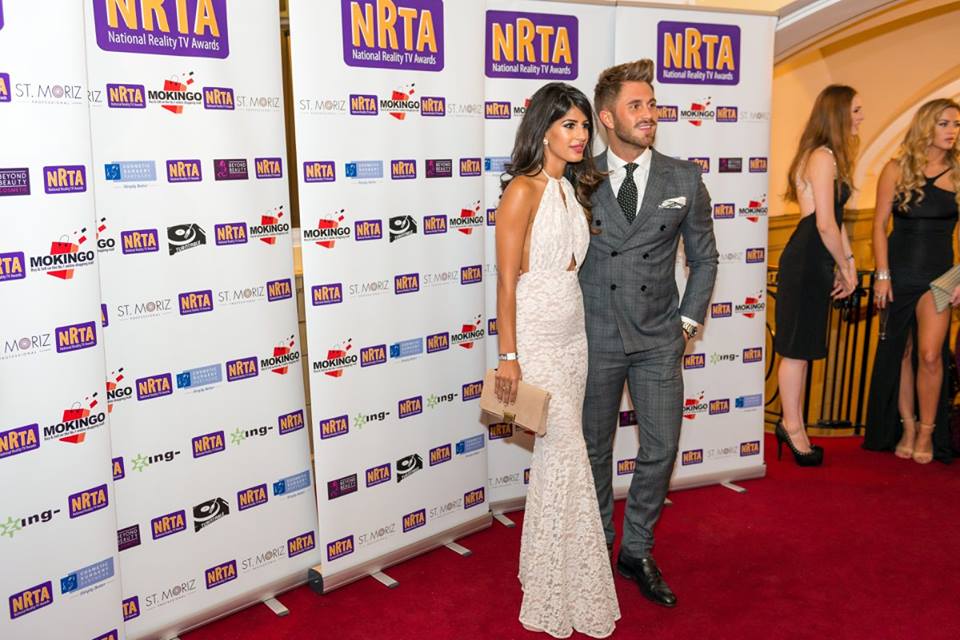 Each year all nominations for the NRTA are submitted by the public between the 5th of January till the 1st of August and the public decide winners of each category by voting on the official NRTA website for their favourite shows, celebrities or participants. This year (2015) the National Reality Television Awards celebrated it’s 5th anniversary with an exclusive after-party at newly launched prestigious Bar & Restaurant in Holborn, Turntable .

The VIP’s at the NRTA’s

Yep, that was Sinnita and Turntable , Founder Suresh… Sinnita is obviously barely recognisable in that dress!! WOW

With performances from Britain’s Got Talent’s , Old Men Grooving, X Factor star, Andrea Faustini , Calum Scott and a 10 minute comedy routine by BGT’s Danny Posthill .The event was deemed a huge success from all who attended.

Attendees were also in for a treat as title sponsors online retailer, Mokingo.com handed out 150 vouchers worth over £100,000 to lucky winners, watch brand Zing offered topline smart watches to VIP’s and long running sponsor St.Moriz offered a goody bag filled with products.

The NRTA held it’s official afterparty at Turntable Bar & Restaurant in Holborn and VIP’s partied till the early hours.

Celebrity Personality of the Year

Most Inspiring TV Show sponsored by Beyond Beauty Cosmetic

Rylan Clark ( Big Brother’s Bit On The Side)

Reality Personality of the Year