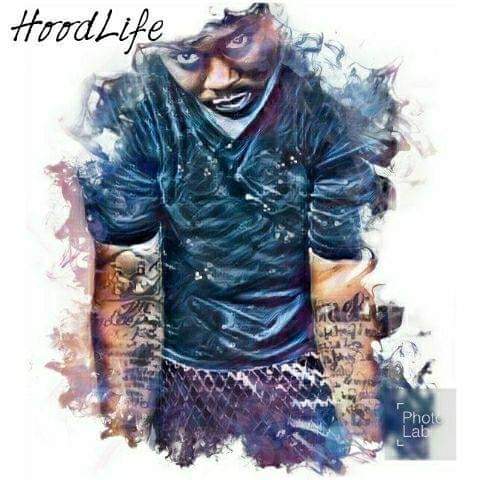 Introducing HoodLife Muzik, an independent rap artist/CEO & Founder of Black Nation Global.. from BHam/Tuscaloosa AL. Started rapping at the age of 8 influenced by family members who also rap. Over the years HoodLife Muzik established a large catalog of hits. After a fresh reset back in 2019 he is finally ready to make his independent music career come to life. So if you are looking for an upcoming artist soon with good music and versatility then look no more just hit play and vibe. In his latest  single and music video titled ‘The Dreamers that never sleep’  which continues to impress critics and fans alike with his warm tonality, earnest lyrical style and humble poeticisms – the best of which, I might add, could well be contained within the three and a half minutes this song runs.

The music video for “The Dreamers that never sleep’” features some rather enigmatic imagery, but aside from its surreal stylization, the video itself is as efficiently structured as its source material is. Everything we see from shot to shot becomes interwoven with the tapestry of HoodLife Muzik’s lyrical narrative at some point or another, and while it took me a few rounds to appreciate its layered construction, you’d be hard-pressed to find another music video of the hiphop variety this spring that has quite as unique a build as this one does.

I absolutely love the emotional depth created by the harmony between HoodLife Muzik’s .. With this in mind, we decided to catch up for an interview..

What inspired you to get into music?
I started recording rap songs at the age of 8yrs old on blank cassette tapes, but mainly my uncle and and cousin inspired me to rap.

How would you describe your music?
I started off as a rap artist but over the years I developed into a very versatile artist and I a. not scared to explore other genres. So recently I’ve been mixing different sounds with rap tunes.

What would you say is your recording and song writing style?
A mixture of Hip-hop and Pop.. I would say i am a diverse rap artist.

Where would you like to see your music career in 5 years time?
5 years from now I plan to be a main stream independent artist in my own lane making history of course

Where can music fans listen your music?