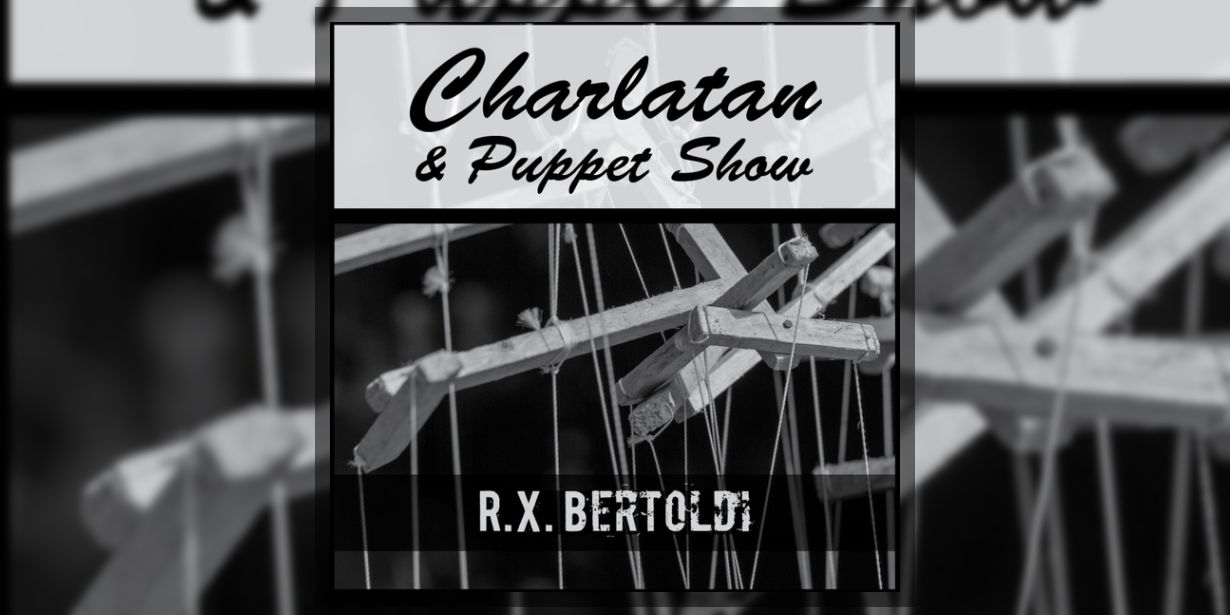 Seattle’s Robert Bertoldi is an accomplished singer-songwriter nominated for and winning many awards, including the John Lennon Song Contest, American Songwriter’s Magazine Song of the Year, and Lyric Contest- so it should come as no surprise that he has developed a talent for constructing politically incorrect songs into feel-good blues folk rock sing-alongs.

Such is the case with RX Bertoldi’s latest single, “Charlatans and Puppet Show” released earlier this year, and discovered on NewRockStars, immediately sways the listener away from the heaviness of the lyrics, into gleefully singing along to a song about political angst, division and unrest.

R.X. Bertoldi achieves this with the use of raspy choruses and swingin’acoustic blues chord progressions that lead the dance with a twang, so that when you sing along to the lyrics, you end up feeling like you’re having a good time instead of experiencing unsettling political divide. There is a tension of opposites weaved throughout the track but R.X. Bertoldi is so experienced at crafting blues folk pop songs for adults, that he has made the burden of the lyrics feel like a good time instead of politically brooding.

It is clear throughout the song that that R.X. Bertoldi is letting us know that the U.S. has employed and put into place, some very weak leaders. Maybe that’s because R.X. Bertoldi arrived at songwriting relatively late, in his mid-30s, and as a result, has a broader concern about his world and how it leaves it. Bob’s songs are often reflective, centering on relationships, love, friendship, marriage, family, and socio-political issues such as mental health, racism, wrongful incarceration and more.

Over a driving southern blues groove, the song reflects on America’s recent political and social landscape, suggesting that is it “time to pull” the plug on a Charlatan & Puppet Show. Sarcastic one-liners like “now we watch ‘em hold up a Bible/as though he’s pledgin’ for the Lord above/ next they’ll lead us all in another song about brotherly love/but it’s all a clever sham/and it’s plain to see/it’s clear as a clean fish boat/here is the U.S.A/we got a charlatan and puppet show

By the time the listener makes it to the chorus, the steady grooves of the rhythm section already has them toe tapping, making it impossible-even for even the most stoic of conservatives- to resent this song just for its political message alone.

Charlatan & Puppet Show is tongue-and-cheek-take on a fiery politically topic of divide that is served up in with such slow hand grooves that it becomes more a masterclass on the blues rock sensibilities of Eric Clapton’s “Lay Down Sally” classic 80’than it is a commentary on the controversial Trump era.

Listen if you like: Eric Clapton, John Hiatt, or Tom Waits