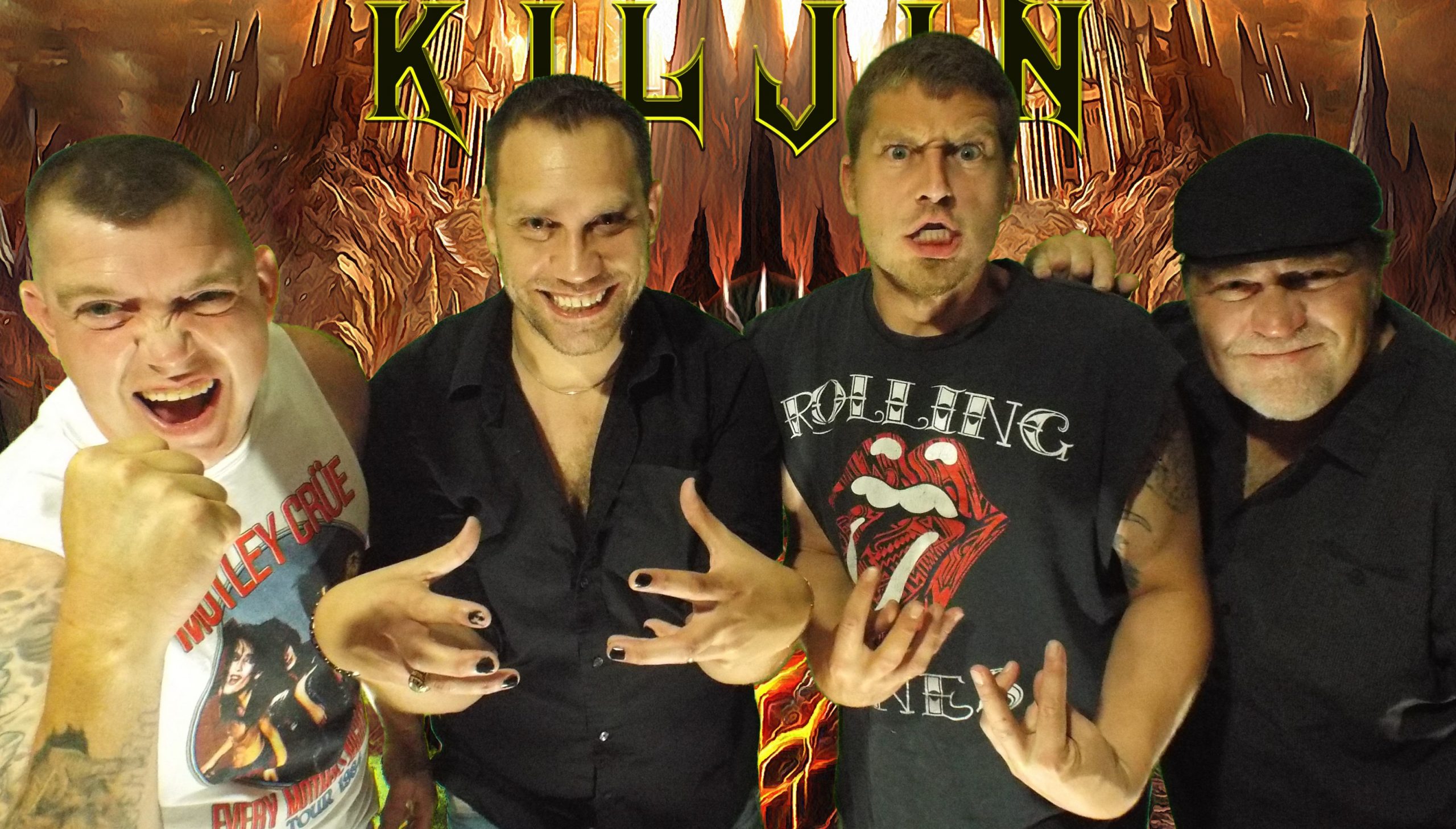 Introducing KILJIN, a 4 piece Heavy Metal band based out of Michigan.  Formed in 2020, Heavy Metal band KILJIN have quickly taken over the Metal Scene.  They recently released their debut album in 2020 titled, “Master Of Illusion”, the group has since flooded the music scene with videos, music, pics, internet performances and more. Even though KILJIN was formed during a viral epidemic, this did not them and their album from being called, “The Best Metal Album Of The Year” by Tune Loud Magazine and Radio. KILJIN are 4 members who love performing and entertaining.  These former members of Kiss Tribute band, KISSTER, have started KILJIN with one goal in mind, to get back to the roots of metal while still offering their own style and unique twist. Influenced and inspired by great bands such as Metallica, Kiss, Scorpions, Megadeath, Motley Crue, Ozzy Osbourne & Black Sabbath, Dio, Iron Maiden and others, KILJIN has taken everything they know and twisted it into their own unique style. In an era of uncertainty and chaos, KILJIN has not stopped.  Concentrating on Creating new fresh music, as well as recording videos and live internet performances, KILJIN has continued to push through the chaos.

What inspired you to get into music?
ALL of us in KILJIN were inspired from an early age to become musicians. We are all family and have been performing together since kids. The first time we saw our first music video, which happened to be a KISS video, we were hooked and from then on and we all knew we wanted to become musicians. We all have a deep passion for music and performing and the roar and response of the audience alone have always been a huge inspiration as well. We all have been performing and entertaining from a very young age. We got our guitars and drums when we were just toddlers and have been jamming and performing together ever since. We started out performing at recitals , school talent shows, private parties, etc.. and then quickly moved on to perform in clubs, bars, festivals and more.

How would you describe your music?
KILJIN would describe our music as a Heavy Metal, but also having it’s own unique style and sound. It is more of a Fantasy-Dark-Mythical-Story Telling-Heavy metal. Every song has a story and will take you on a journey of wonder and amazement. It will twist your imagination into ways you never thought possible and will take you on a Heavy Metal ride!

Where would you like to see your music career in 5 years time?
KILJIN sees ourselves still creating music and still performing and still having fun and continuing to grow and evolve as a band. Every band and musician would like to be able to pay the bills with their music and be famous and etc..,, but no matter what happens, it’s all about the fun and the passion you have. KILJIN will never stop and will never give up our passion. 5 years from now, we will still be releasing new music , videos and will still be having a great time doing it. Life is short..,,, Have a little fun.

Where can music fans listen your music?
Anyone who would like to see what KILJIN is all about can visit our official website at www.KILJIN.com and from their you can listen to KILJIN music, watch music videos, view pics, stay up to date with current KILJIN news, get quick info, view KILJIN bios and more.

You can also find us on apple music, spotify, itunes, amazon, deezer, soundcloud, twitter and more.

and click here to listen to their album on Spotify

METAL ON MY FRIENDS!!