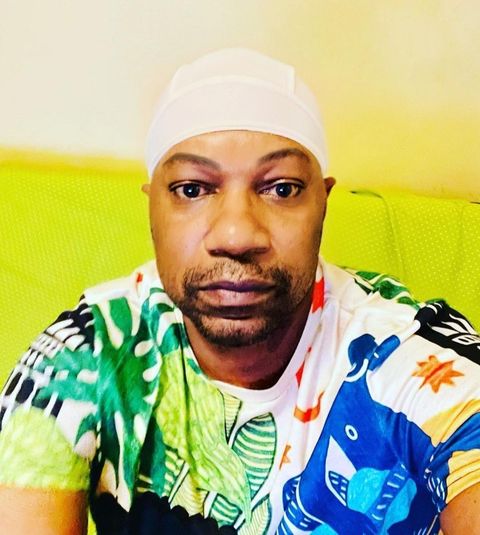 Popularly known by his pseudonym and trademark Warlock Asylum, Messiah’el Bey is an author, composer, electronic musician, DJ, filmmaker, music producer, and poet from Hempstead, Long Island. Bey’s involvement in music began at an early age. His mother, Pearline Brown Thomas was a self-taught pianist, whose musical compositions caught the attention of several leaders in the music industry in the late-1940’s. During his youth, Bey began to study the keyboard and was offered his first recording contract at the age of fourteen.

During the early to mid-1990’s, Bey founded the legendary rap group Gras Ruts & So Speshal with longtime friend and music producer Paul Leiba. The group featured on many public access television shows in the tri-state area and was the first to perform in several underground New York City clubs that refused to play rap music at the time. Eventually, the buzz created by the group caught the attention of major networks and record industry executives. However, due to the changing direction of rap music at the time, Bey resigned from his role as a lyricist to focus on his love for music production and poetry.

Bey wrote poetry as a child and was even urged by his elder brother Noah to pursue getting some of his work published. Just before his rap group’s demise, Messiah’el began the practice of reciting his spoken word compositions over hardcore breakbeats. Bey theorized that the art of the spoken word would expand if it was recited over modern forms of music.

Bey began his work as a performance poet in the late 90’s, and since this time he has made numerous appearances at the Nuyorican Poets Café, Bowery Poetry Club, City College, ABC No Rio, and other venues. Bey has shared the stage with Dead Prez, Common, and many others. In 2000, he released “Ghetto Wars Part 1: The Glass Onion” a compilation of some of New York City’s finest poets over hardcore groves produced by Messiah’el Bey (Messiah Sun) and Hennessy. The Ghetto Wars album features included Caridad de la Luz (La Bruja), Nathan P., Ngoma, Iyaba Ibo Mandingo, and others. In 2003, Bey formed El Fuma, a collaboration with fellow poet Qiniso Mdhladha (aka “Charleston Chu”). Their only album, “Naked Bones,” featured political and social satire created with spoken words and twisted beats produced by Bey and Mdhladha. In the years that followed, Bey has author several books on mystical and shamanic thought. Messiah’el is one of the few spiritualists initiated in ancient Mesopotamian spirituality, Shinto, and founder of a distinct form of ethno-shamanism called the Art of Ninzuwu.

Under the band name of Warlock Asylum, Bey’s creativity and production skills began to flourish as a result of his partnership with veteran musician and classically-trained cellist Steven Berson. The focus and methods of Bey‘s production began to shift from breakbeats to a culturally rich and organic sound derived from live instrumentation.

After releasing the critically-acclaimed Kiss of the Immortal album in 2009 and the stunning There In America EP in 2014, Bey began working on solo material. His first release would still be under the Warlock Asylum name titled iWealth eSoul in 2017. The project did receive some independent radio attention and press. Bey was soon back in the studio again preparing for what would be his masterpiece.

The Nuyorican Jazz Experience is Messiah’el Bey’s finest solo work to date. Not only does this album express the cultural experience of New York’s Afro-Latino, African-American, Caribbean, Latino, Moorish-American, and Puerto Rican populations, but extends its gnosis to the musical contributions of these ethnicities from which Jazz music emerged. The Nuyorican Jazz Experience represents a milestone in the musical life of Messiah’el Bey.

In 2021, Bey has returned to the music scene with an incredible new dance track titled “Love Kiss Dance.” We decided to catch up with Warlock Asylum for an exclusive interview…

What inspired you to get into music?
Answer: It was mainly from the stories and dreams that my mother had of writing music. Ultimately, I was naturally drawn to music as a means of expression.

How would you describe your music?
Answer: Eclectic and Avant-Garde. My interests in genre range depending on how I feel. However, I see it all as coming from the same place.

What would you say is your recording and songwriting style?
Answer: It’s very simple, I just follow the vibe.

Where would you like to see your music career in 5 years time?
Answer: Still connecting to people through creativity.

Where can music fans listen to your music?
Answer: You can find it on Spotify, iTunes, and all other digital platforms, the website included. Here are a few links:
https://open.spotify.com/album/3ryZ6YZOCh04yic8ruRmTe?si=XQGinOAYTSW6B1HP1F9MXg&dl_branch=1
www.messiahelbey.com