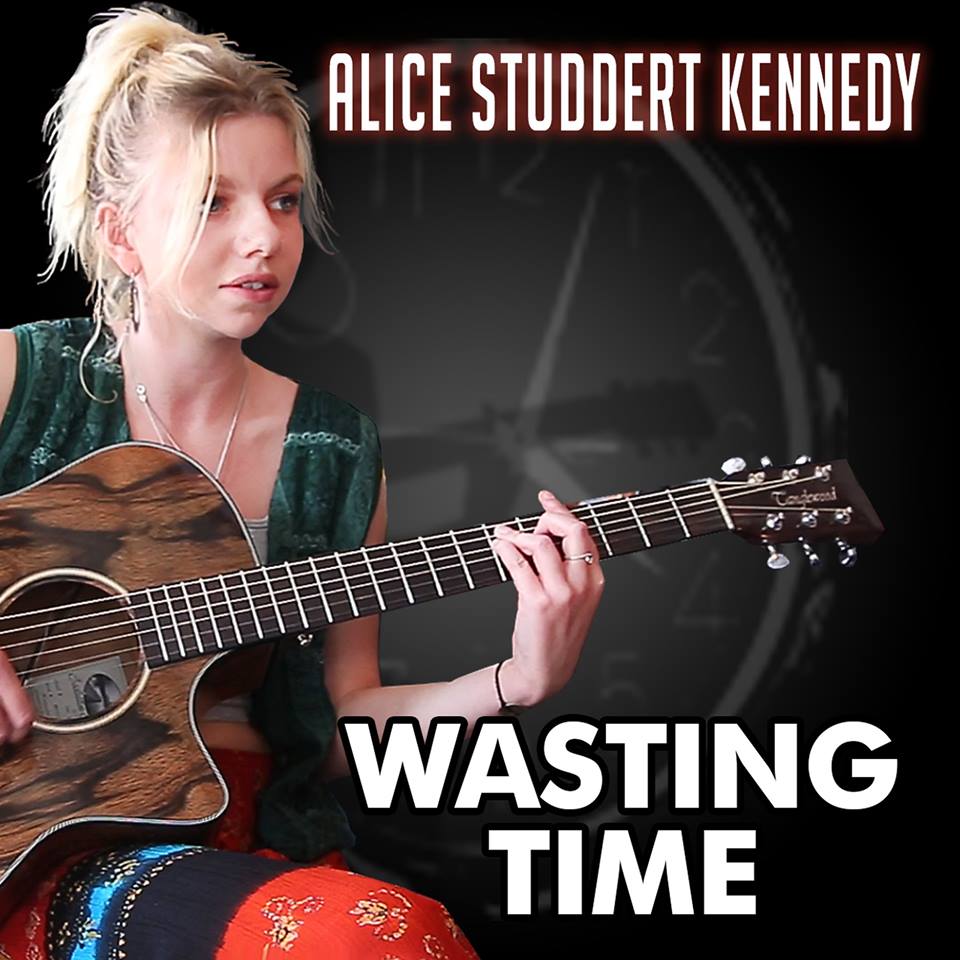 Rising pop star Alice Studdert Kennedy has today announced the release of her highly anticipated debut single ‘Wasting Time’, her first release through the award-winning Invincible  Records label. The single is available now via ITUNES, SPOTIFY and all other outlets alongside limited edition to her #ASK t-shirts.

To celebrate the announcement Alice Studdert Kennedy aka ASK has released the video for her new single ‘Wasting Time’. The video finds Alice being booked to play for a surprise birthday party and upon arrival everyone seemed unintrested in connecting individually as social media has slowly taken over society.

The singer/songwriter who recently turned 20 this year has succeeded in releasing a classic for her debut ahead of album scheduled for release in December. ‘Wasting Time’ is a sharp and sassy pop song exploring how we as a society spend too much time on our phones and ignore what is actually going on around us.

ASK commented “We all worry too much about what other people are doing, how others look and how they view us through our own social media platforms. I think that there’s been a massive rise in mental health issues because we see all of these people looking perfect and having so much fun, even though really everyone has their own crap going on but when something does go wrong we don’t put it all over the internet for other people to see. It fully hit me when I was trying to read this really cool book and got about 2 pages in until I started looking at my phone again at pointless things that I didn’t really care about but was easier to focus on than something that required brain power. I don’t actually think social media is all bad, I think it’s a great way for people to stay in touch and to spread the word about really interesting things that you wouldn’t otherwise hear about, however I think that focusing too much on what other people doing and what they think about you can blindside us from what’s genuinely interesting and important”.

‘Wasting Time’ has already debuted at Number 10 on the Official European Charts which countsdown the top best new release across Europe. The track received great support from Spotify.