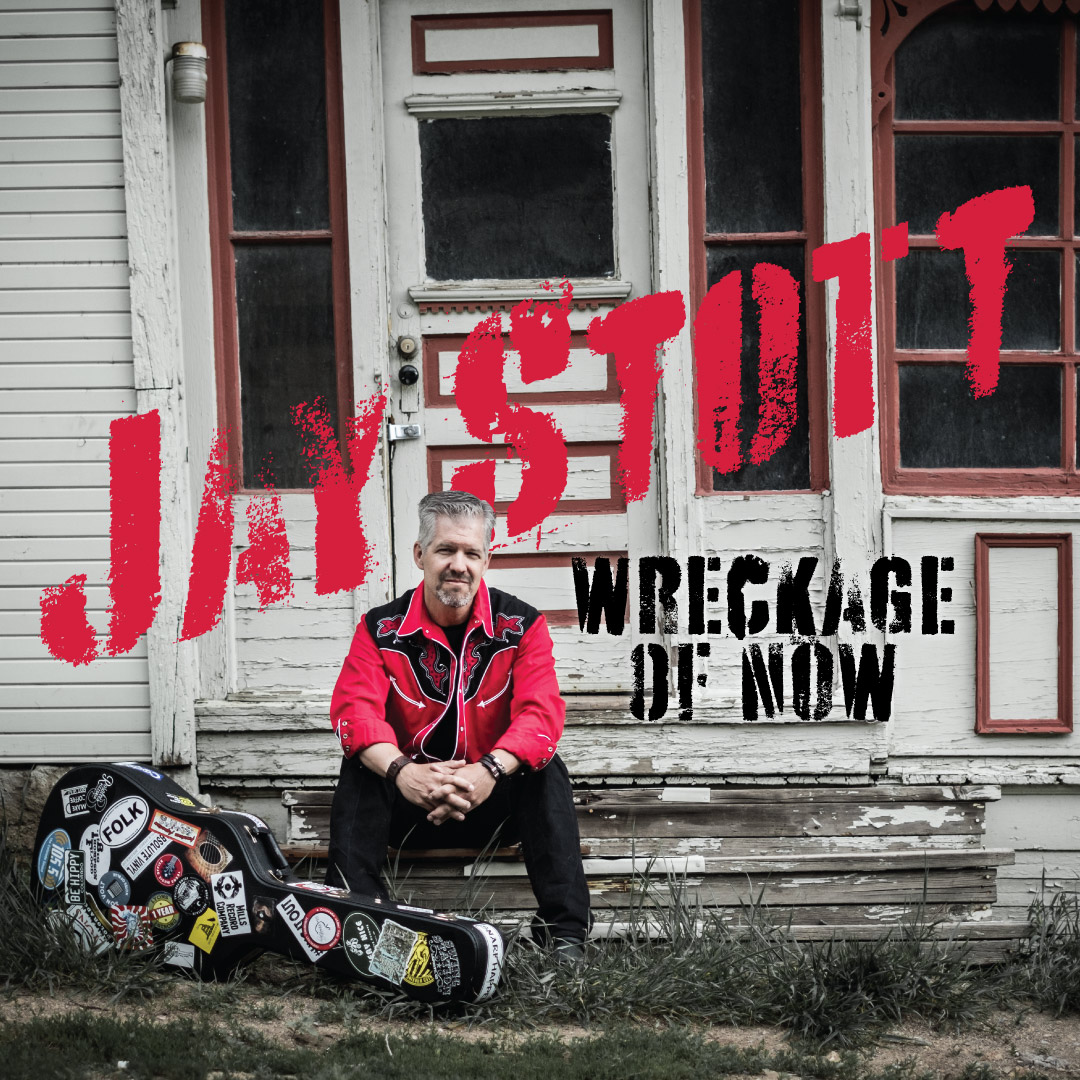 Jay Stott wrote his first song while working as an Alaskan guide. Begging his parents for a guitar at 14, he brought music with him on a lot of adventures in the West. The first song, which came while he was riding shotgun in a truck on the Alaskan Highway, started a creative streak that continues today. He landed in Colorado in the early nineties, which is where he’s lived on and off (mostly on) ever since.

Music hasn’t felt as heavy as it should in a long time, and while I don’t know for certain, it seems to me that Jay Stott and his band were inspired by the lack of weighty riffage when they were putting together their new single “Wreckage of Now” and its gritty music video.

Stott leads an onslaught of textured brutality in “Wreckage of Now” that goes against the grain of everything modern rock has established itself to be, and if you were hoping for a bit of old school carnage to spice up your playlist this spring, it makes a near-perfect addition by all measurements.

The lead vocal in this track is at times guttural and as beefy as the bassline is, but personally, I think it complements the tonality of the guitar parts here better than any single element ever could have. Stott straddles the beat in “Wreckage of Now” like he’s riding a raging bull; while he’s clearly adhering to the principles of punk efficiency with regard to the structure of the hook, he isn’t afraid to get a little aesthetically indulgent when it serves the material well. His younger peers could learn a lot from the balance he’s laying down here, and moreover, his approach to recording powerhouse rock in general.

Though a bit more industrial in style than I would normally go for, “Wreckage of Now” is the heady dose  thunder that a lot of us needed most this March, and if it’s any indication as to what we should expect to be hearing out of the camp in the near future, I think the 2020s are going to be a lot more prosperous for this enigmatic frontman. This single and its video are a shot of life amidst an otherwise arid time for heavy music, and I wouldn’t recommend passing them up.

Listen to Wreckage of Now on Spotify by clicking here