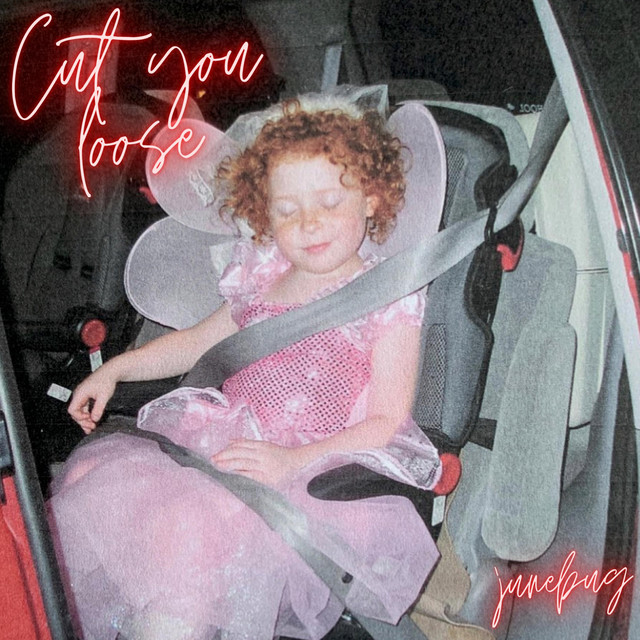 Junebug is the indie-folk project of Cambridge, MA-hailing artist Carolyn Fahrner. Her creative talent started to shine through at the age of 12 when she started writing music and performing at various venues in Boston. Before making her Junebug debut with, ‘cut you loose’, she fronted and remains an active member in the indie rock band 2% Milk. ‘cut you loose’ is the debut single released by Junebug, an artist intent on making waves with her narrative lyrics, catchy indie-pop melodies, and her determination to open up the conversation to include members of the queer community. Junebug’s journey started with an affinity for folk artists such as Joni Mitchell and Laura Marling. Today, she is constructing contemporary indie synthpop that breathes with an expressively honest air, proving that when artists attempt to appear humanistic instead of iconic, they achieve both.

‘cut you loose’ was written, recorded, and mixed in Junebug’s home studio before collaborating artist Chris Howat added more synth lines and guitar solos. Junebug said: “cut you loose is about trying to let go of people but falling back into those dynamics out of habit. The chords don’t change until the bridge, which reflects how difficult it is to grow away from people who aren’t the best for you. You can say you want to let somebody go, but you have to do it too, and that’s hard. “
Amelia Vandergast at A&R Factory said: “There is something beautifully refreshing about Junebug. In the same way Kate Nash, Big Thief and Courtney Barnett win you over with their endearing honesty, cut you loose gets right to the core of relatable emotion while inviting you into a hazy, synthy reflective
soundscape that will compel you to seek the same sanctity in your life as you enjoyed in the single.