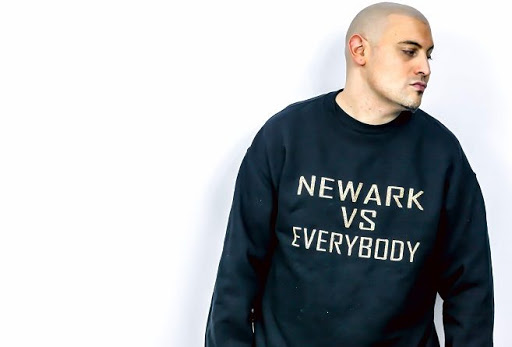 Lovari’s new album “Moment Of Love” reached #2 on iTunes Top USA Electronic Albums Chart. It includes the Top 25 Billboard Dance Chart single “No Day Like Today” (duet with Adam Barta). In addition, the song reached #1 on Billboard’s Breakout Chart for the same genre. The collection also features interpretations of Lovari’s favorite music artists including the single “Moment Of Love”, with the music video directed by Emmy nominated series Pose’s cast member Tamara Williams. As an actor, Lovari’s role in the film Matters Of The Heart earned him the Newark Latino Film Festival Award in 2018 for Best Actor.The supporting role of Tony in the horror franchise The Barn 2, set for a 2021 release, is played by Lovari.In 2019, Lovari was the winner on the Season Four premiere episode of Match Game on the ABC network, hosted by Alec Baldwin.

Lovari’s journey from so far in this business we call showbiz has brought him to this point with the new music video to Moment of Love and the single itself is likely to stand forever as a key turning point in his life thanks to the resounding way it announces his permanent arrival to the music world.

His take on this style is more melodic on the single Moment of Love and even has something of an orchestrated quality, but it bubbles with a modern sheen thanks to its  music leanings. He combines traditional sounds with the new era of music in a dramatic, ear-catching way. The production style brings the song’s synths and keyboards into total sympathy.

Moment of Love often has a rousing, intensely emotional bent and the musical peaks that come along the way are perfectly built up to and integrate the various elements at his disposal in a seamless, highly musical way. Lovari obviously arrived early at a vision for this song – it has an ideal running time and manages to pack a world of musical experiences into its relatively brief duration without ever sounding rushed or cluttered. It is the perfect love song.

His vocals are adept for facing down any challenge that comes along. He really makes great drama out of the song’s lightly ironic twist and brings an appealing combination of grit and melodicism to play delivering the song’s lyrics. Much like the arrangement, Lovari’s lyrics never waste a word or any of the listener’s time and hit upon an accessible, conversational tone without ever dumbing down the adult subject matter.

Lovari says of his new music video and song “Moment Of Love”:
“When I was 18, I moved out of my house into Manhattan on 13th Street and 3rd Avenue, renting a room in the back of a recording studio Jambox, where I was making my demo. I was working two jobs at the time, including one at a record store, where the La Bouche cd was in constant rotation. My absolute favorite song from the album was “Moment Of Love”; it holds a special place in my heart. Although the lyrics blatantly celebrate the love toward a romantic partner, I also have personally aimed the song at the love I have for my baby nephew and niece, and unconditional love that animals have for their pet owners and vice versa. I was going through a very depressing period of my life when the original version by La Bouche was released and their entire album, especially this song, got me through some really difficult times.”

The possible breadth of this song’s appeal is immense. Listeners old and young alike will find some basis to relate to Lovari’s lyrics or else understand the enormity of the experience.

For more information on Lovari. Follow the links below;