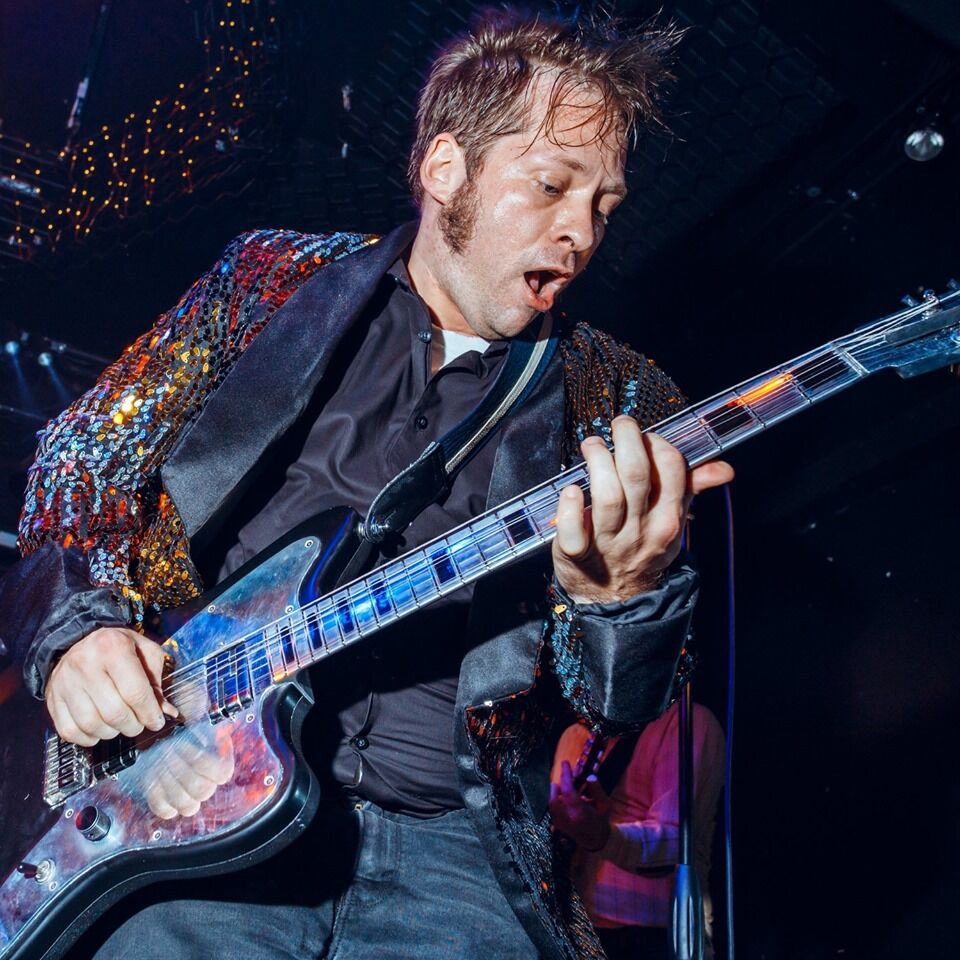 Who wouldn’t want to have secret friends ? It seems like Conan Neutron has definitely managed to grab the better end of the stick as his trio Conan Neutron and the Secret Friends  release ‘Protons and Electrons’ to an unsuspecting UK music scene.  The trio originally from Milwaukee, Wisconsin have been successful  in the US and are bringing a little bit of their magic with this new release . Atoms are made of extremely tiny particles called protons, neutrons, and electrons. Protons and neutrons are in the center of the atom, making up the nucleus. Electrons surround the nucleus. Protons have a positive charge. Electrons have a negative charge. Consider ‘Protons’ the third full-length from the trio and ‘Electrons’ a compilation of collaborations, featured acts and a massive  celebration.

Apart from he founder of Conan Neutron , the others in this band include with Dale Crover and Tony Ash . If you like your music penetrative with  heavy punk bass lines wrapped around a smart delivery of  psychedelic rock then protons will make you the Atom you always felt you wanted to be. Stand out tracks such as “Parade of Deceit”, and “Hate Secretary” are hits.  No one in the office could get “Armies of the Mind”  out of their head. Very addictive, in a good way!!  We decided to catch up with the trio to find out out what made their past, present and the future all in one…

What inspired you to get into music?
I wanted to give back some small modicum of the ass-kicking that music gave me at the formative years of my life. First with enthusiastic white knuckle incompetence of a novice, and later with the skills and wisdom to know better and choose to do it anyway.

How would you describe your music?
When forced to do so, i’d say: Big, weird rock.Depending on the level of interest, i’d then elaborate into bands that we feel we have common cause with and are influenced by. (the former: Queens of the Stone Age, Torche, Melvins (heh) The latter: DEVO, The Cars, The Stooges, MC5, Alice Cooper Band, Cheap Trick, The Buzzcocks, The Jesus Lizard)

What would you say is your recording and song writing style?
I write all the songs in demo form on my iPad in garageband. I come up with the song, structure and basic bass and drum ideas that serve the song, then Dale and Tony interpret those through their personal style and we end up with something far more interesting and cool than we started with. Both of those dudes are scary quick at picking stuff up. The influence and skill of Toshi Kasai in the producer chair cannot possibly be overstated either. He rules!

Then we play through it once or twice, and away we go. First decision is usually best, don’t overthink it and when in doubt, take it out! Then: Tony and I teach the songs to awesome players and we play them all around the USA and beyond. Because the songs tend to be interesting and fun to play, it all seems to work. Also: nobody gets invited in to play live that doesn’t do the work.

SEE KIDS, IT TAKES WORK TO BE THIS FUN!

Where would you like to see your music career in 5 years time?
Making more records, touring (remember touring?), i’d like to get to Europe and places other than the US.
The joy is in the journey for me, not the destination. Whatever it is, i’m sure it’ll be awesome.

Where can music fans listen your music?
Bandcamp is first in my suggestions and first in my heart, but spotify is fine, youtube, iTunes. Whatever. No wrong way to listen.

Click here to Listen to Conan Neutron and the Secret Friends