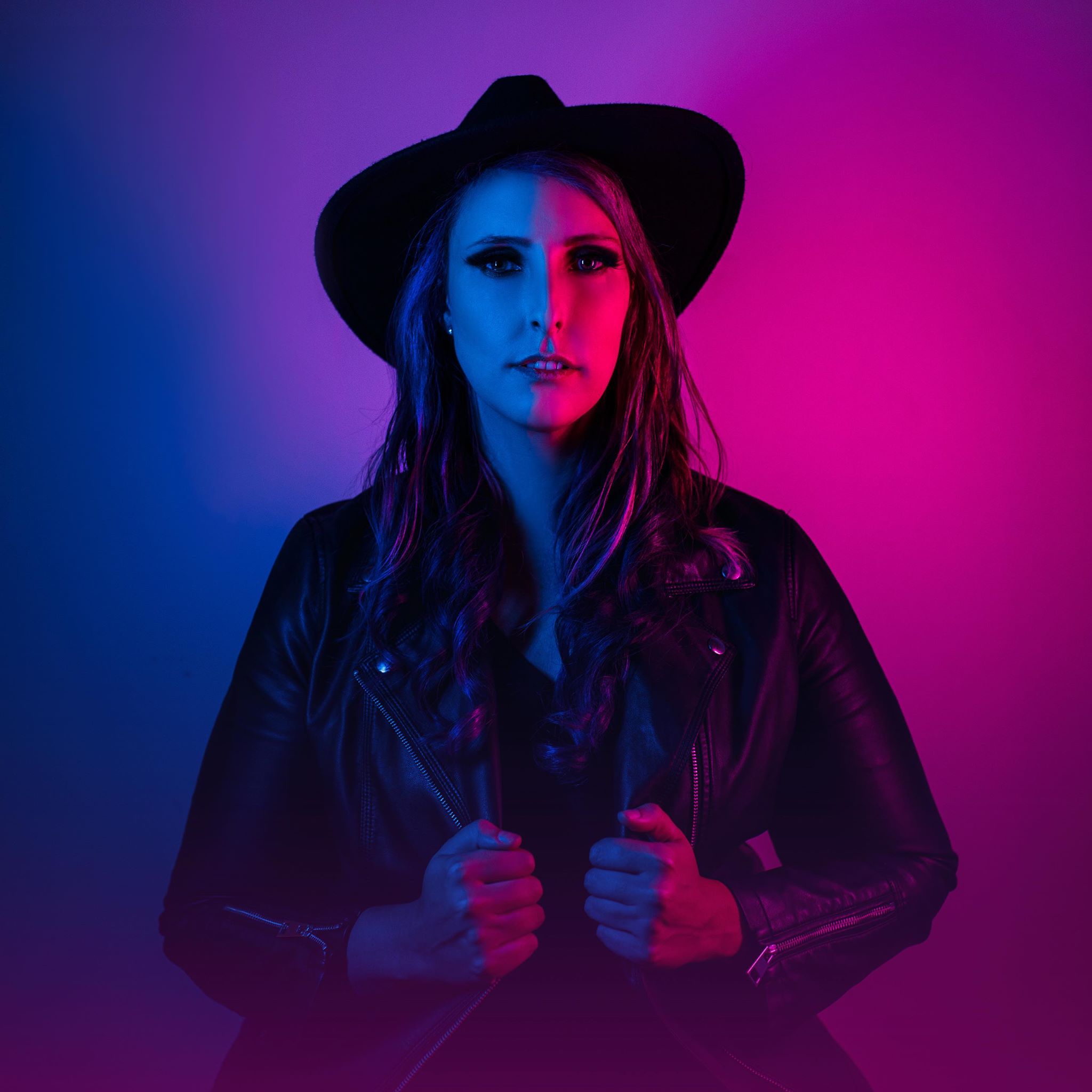 Kristen Karma is a Toronto-based electro-pop songwriter who hails from the town of Vancouver. Kristen Karma is no stranger to the ever growing music industry. Karma not only wields a certificate in Audio Engineering from Hot Sole Music, but has studied voice with Judith Rabinovitch, who has worked with the likes of Avril Lavigne and Sarah McLachlan.

Even though much of her formative years were devoted to a theoretical and exacting world of ballet lessons, Air Cadets, Military Marching Bands, and The Royal Conservatory of Music, some of the only evidence that remains of her past is the neon pink tulle that shoots out from under her black corset. It’s undeniable—Kristen Karma is a band nerd. But she is a band nerd who might punch you in the face for showing up late to practice..

In 2013, Kristen Karma was selected as one of two performers to play the Lady Gaga Born This Way Ball After-party and open for Tour DJ/Lady Gaga BFF Lady Starlight in Vancouver. With rave reviews from her performance, she then went on to work with lil’Jon on her single “Sirens.”

In 2017, she opened for Grammy Award Winner Akon in Guelph, Ontario on his Canadian Promo Tour. Hot off the heels of her performance, Kristen was then approached and selected to play the Lady Gaga – Joanne World Tour VIP After-party once again in Vancouver after Lady Gaga’s performance at Rogers Arena.

Her recent single “Party Heroes” featured her hard pounding electronic dance sound that received rave reviews for the infectious sounds throughout. Released in April 2019, the song reached the iTunes Canada Pop chart Top 20, peaking at #17. The follow-up “Try” reached the Top 30 Pop, while also reaching the Top 100 All Genres chart. Her current single, “Dear John,” dedicated to the memory of her father, also charted in the Top 40, while the video has been selected for several international film festivals. Kristen appeared in the 2019 Women In Music issue of Billboard Magazine. “Dear John” also resurfaced on the iTunes Pop Charts in South Africa in 2020, reaching all the way to #1!

Karma continues to wow audiences with her energetic live performances, and she does it all with a neon pink microphone in hand.

Watch and Listen to ‘Dear John’ below;