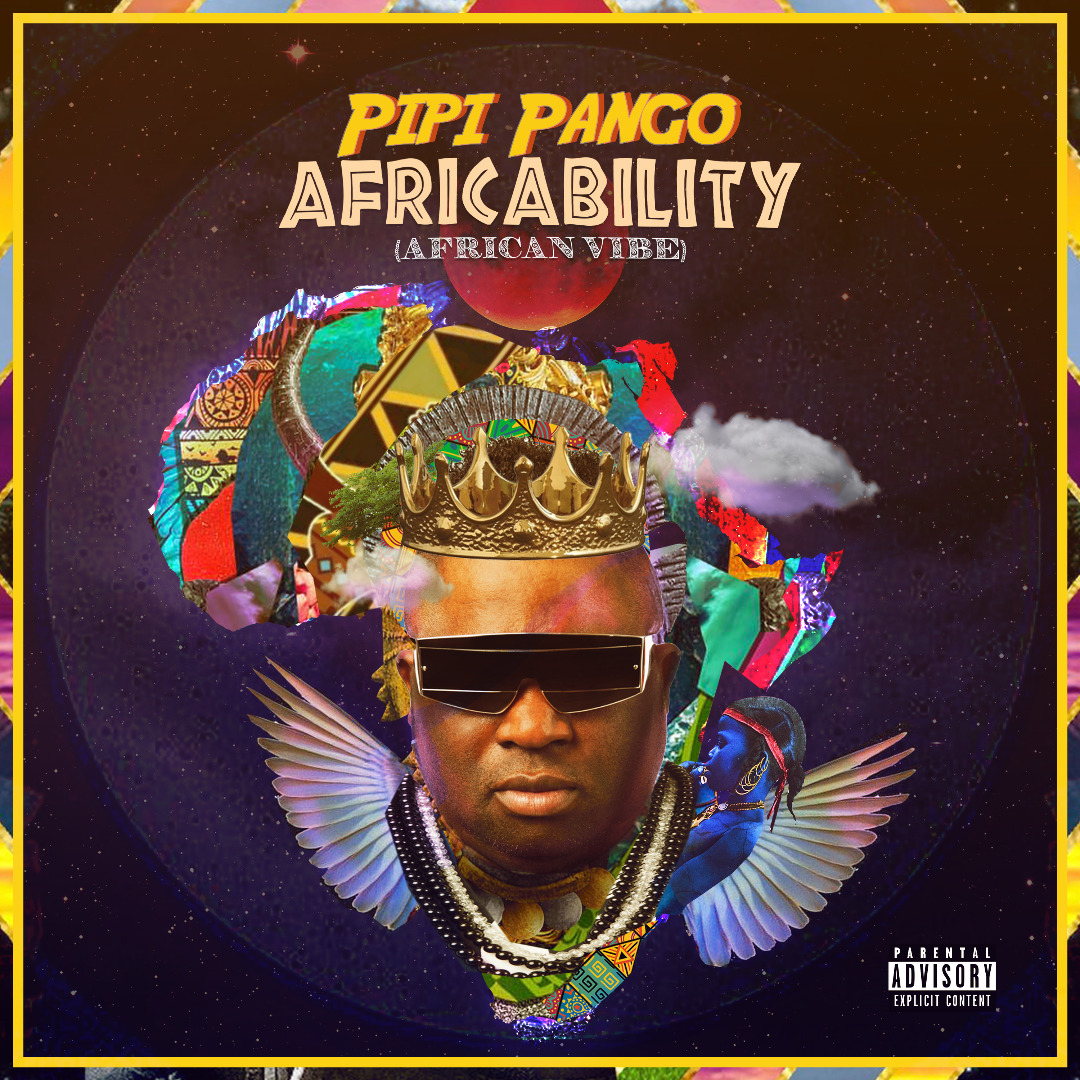 Africability …, is the sensational new album from Pipi Pango.  Personal experience and profound artistry providePipi Pango’s album with all the gravitas it needs to loom as one of the year’s most substantive releases. A dozen songs included in this release are unified by Pipi’s vision of Africa which has seen his potential in all aspects triple – Africability inspires, and impacts all in equal measure. It doesn’t gloss over these weighty topics too.

It gallops with rhythmic ease in “All Eyes On Me,” which has layers of melodic grooving with lyrics that ring true to Pipi Pango’s personality. On “Run Things“, Pipi Pango shows that 2021 is definitely the year with his name all written over it.

Whether he’s getting sensitive in “Me and You” or rolling like a carefree VIP in “Party all night”, Pipi Pango establishes himself as a modern-day master of ceremonies here. Africability… is one of the few albums that I would deem both cinematic and imaginatively engaging around every one of its many turns.

There’s a textural expressiveness to songs like “Lagos to London” and “Family Line” that you just can’t find in a lot of the mainstream albums that have been pulling in the big buzz from both coasts over the last year.

Pipi Pango artfully weaves different instrumental components together in “Without You” “Show me Love” and “Count on Me,” and despite the fact that every one of these compositions is an individual beast in its own right, there’s a sense of continuity to the music that makes everything feel progressively tied together, as though we were reading from different passages in an intimate diary of love, party, success, and luminosity.

I don’t often say this about albums, but  Africability… feels almost operatic in its storytelling-centric aesthetic, and I think that it’s outside of the box-style construction is definitely what makes it the perfect album to kick off the new year.

I’ve been listening to a lot of really good music this year, but of all the records in this genre, Pipi Pango’s latest is definitely in a class of its own. Every time that we think we’ve heard the best of his brilliance in action, like the chest-beating “Party Vibe” for example, he turns around and finds a way to top himself, like in the climactic ending number “Party All Night,” which isn’t something that can be said for the vast majority of artists he’s competing with for the spotlight at the moment.

Pipi Pango is an ace at making unselfish, easy-going party records with a soulful, independent-minded lyrical center, and if you’ve never heard his music before now, I would say that this album is a good way of getting acquainted with his sound. It’s certainly one of the more complete efforts I’ve heard from an underground performer recently, and a strong contender for the best indie African album of the year if his scene fails to match its high caliber of content.