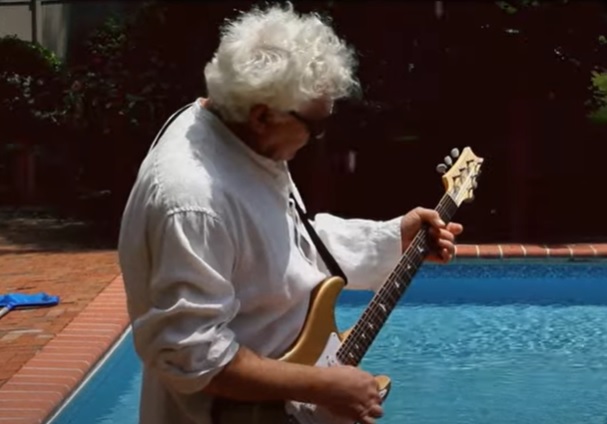 Multi-Talented Keyboardist Declares Summer is here and NYC is Open Again So Break out your summer shirt and hit the streets!

LISTEN TO “SUMMER SHIRT” ON SPOTIFY

Fresh off 100,000 views on his last single “Peace Will Come,” Teddy is back, just in time for the summer sizzle! “Summer Shirt”, also off Teddy’s newest album titled “Theo”, is a love letter to the hot NY summer, where you better dress accordingly to beat the heat with style. Where will you wear your summer shirt?

Teddy Wender is a living legend in New York City and a lifelong keyboardist/singer/arranger/producer and songwriter. Teddy, a founding member of the New-Wave band 3-D on Polydor Records, who appeared on Saturday Night Live when the cast still included Steve Martin and Bill Murray.

Teddy’s seen success as a pop songwriter, writing dance hits like, “What The Funk” and “Get Up And Dance” for The Memphis Horns / Doobie Brothers on RCA. He served as a label executive signing blues legend and guitarist Michael Powers and Pop singer Cyndi Phillips to Smooth Records.

Teddy designed, owned, and operated Data Bank / Big Noise / and Protown Studios, the infamous home to so many hip-hop / R&B and Indie Rock artists for over 30 years. Ted wrote song parodies on Howard Stern’s A&E show and scored the music for the syndicated TV show Overhaulin’ currently on the Velocity Channel. Ted is currently the keyboardist for Long Island’s Red White & Blues Band.

Find our interview with Teddy below;

What inspired you to get into music?
“I always loved music. I went to a music and creative art school in my early days. When I saw the Beatles on television, it changed my life. I wanted to be in a band.”

How would you describe your music?
“ I guess you’d say it is an eclectic combination of many genres which comes from doing 20 years of Pop, producing other artists, country, hip hop, R&B and classical.” For the song “Summer Shirt” we thought the best way to celebrate having over 100k views of the video for “Peace Will Come” was to release this song.”

What would you say is your recording and songwriting style?
“That’s a hard question. I started playing Rock & Roll in various bands. I formed a music production company with my lead singer from my band 3D (Polygram Records) and we ended up producing the music for kids shows, tons of commercials, and the hit television show ‘Overhaulin’ on Velocity TV. Although my roots are Blues & Rock, I try to do a variety of styles including dance music, Americana, and Standards… but we always seem to return to the Rock & Blues roots.”

Where would you like to see your music career in 5 years time?
“I don’t look at the future, I look at the present. All I want to do is to keep putting out quality music. With good health, I hope to be doing it for a long time!”

Where can music fans listen to your music?
“Spotify, Amazon Music, Apple Music, Sound Cloud, Youtube. Please download and subscribe. Stay safe and get vaccinated. I hope you dig the groove- Teddy“.