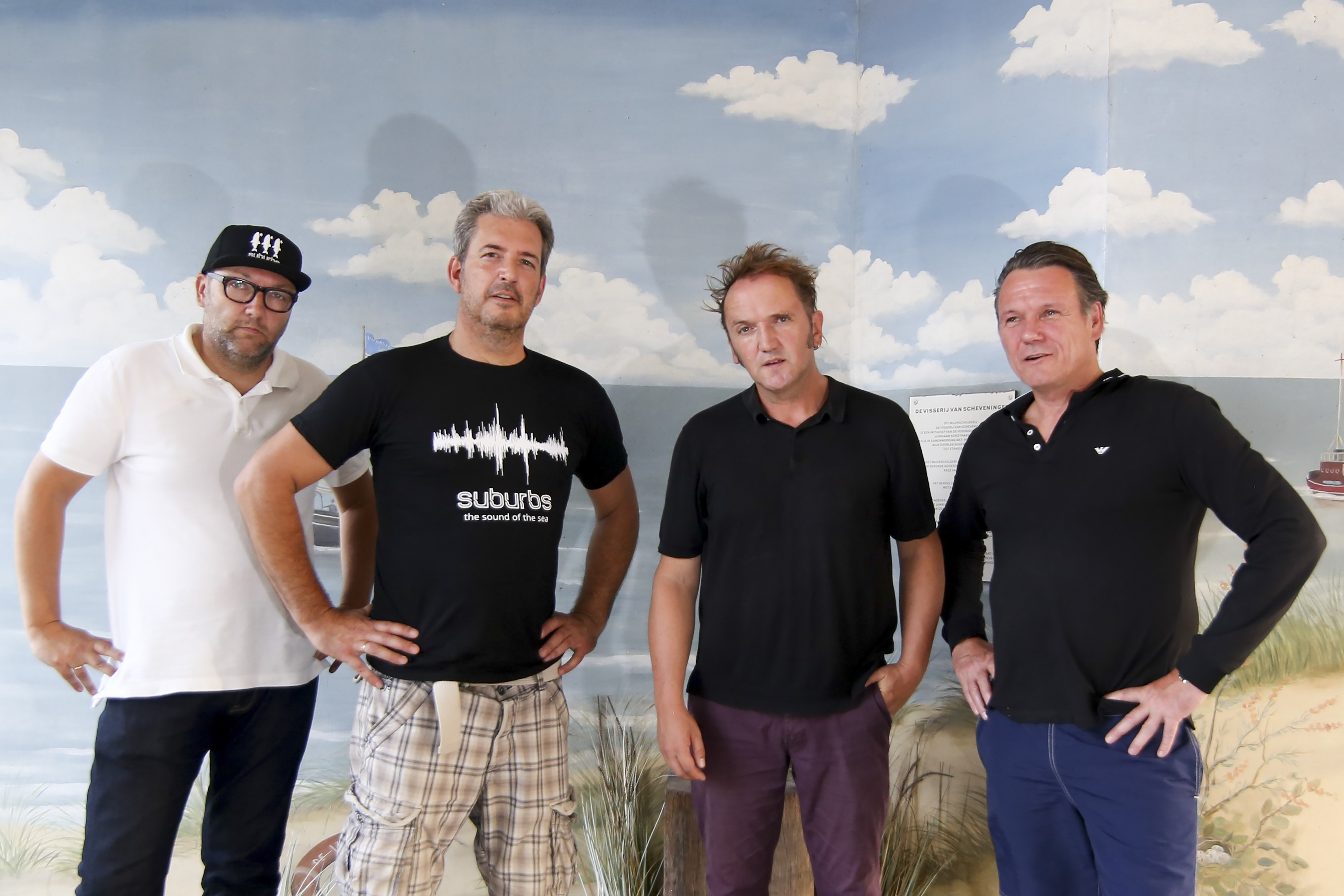 Suburbs is a rock band from Scheveningen and has existed since 1995. The band plays solid and sensitive rock music and has its roots in the 80s and 90s. National fame was gained in the late 90s when Suburbs won the Grand Prix of the Netherlands.

In the summer of 2013, Suburbs started a new chapter. The lead vocals have been taken over by Arie Spaans and the 2 guitarists from the very first hour revive the old sound. In 2014 the clip “Playing with old toys” was released on Youtube (in 2017 it was released remastered, including a new clip). The single “Save the World” with accompanying clip was released in July 2015. In March 2016 the new mini EP “Masters” (part 1) was released with accompanying clip “Staring at the face of God”. In the autumn of 2017 a new mini EP “Paralyzed (part 2) was released. The track” Paralyzed “is accompanied by a clip on YouTube. In May 2018, for the first time in the history of Suburbs, a single was released in Dutch.” The Song of the Sea “is a tribute to our roots. In 2019 the English version will also be released along with 7 other tracks on the album of the same name” Sound of the Sea “.

The new single  The Rise and Fall of Everything is as explosive as it sounds.

Aside from the riffing, the bassline featured in this single is definitely as brutish as they come without tripping into the stylistic pitfalls that come with overdriven excess. Most every component in “  The Rise and Fall of Everything ” is contributing to the flood of distorted carnage that flows from our speakers from the moment we press play to the very instant in which the band’s throttling grooves disappear into the darkness from which they were born, and in terms of efficient songcraft, theirs is an attitude I’d love to see some of their rivals adopt in the future.

As direct as the melodies are in “The Rise and Fall of Everything” the master mix here is surprisingly clean and crisp, allowing for us to appreciate the intricacies in the track without feeling overwhelmed by the complexities that come with producing this song undeniably is. The music video is just as superbly constructed, and while it’s littered with imagery that might qualify as being a bit much on the eyes for conservative viewers, something tells me that Sun & Flesh weren’t particularly concerned with winning the favor of the people who follow trends..