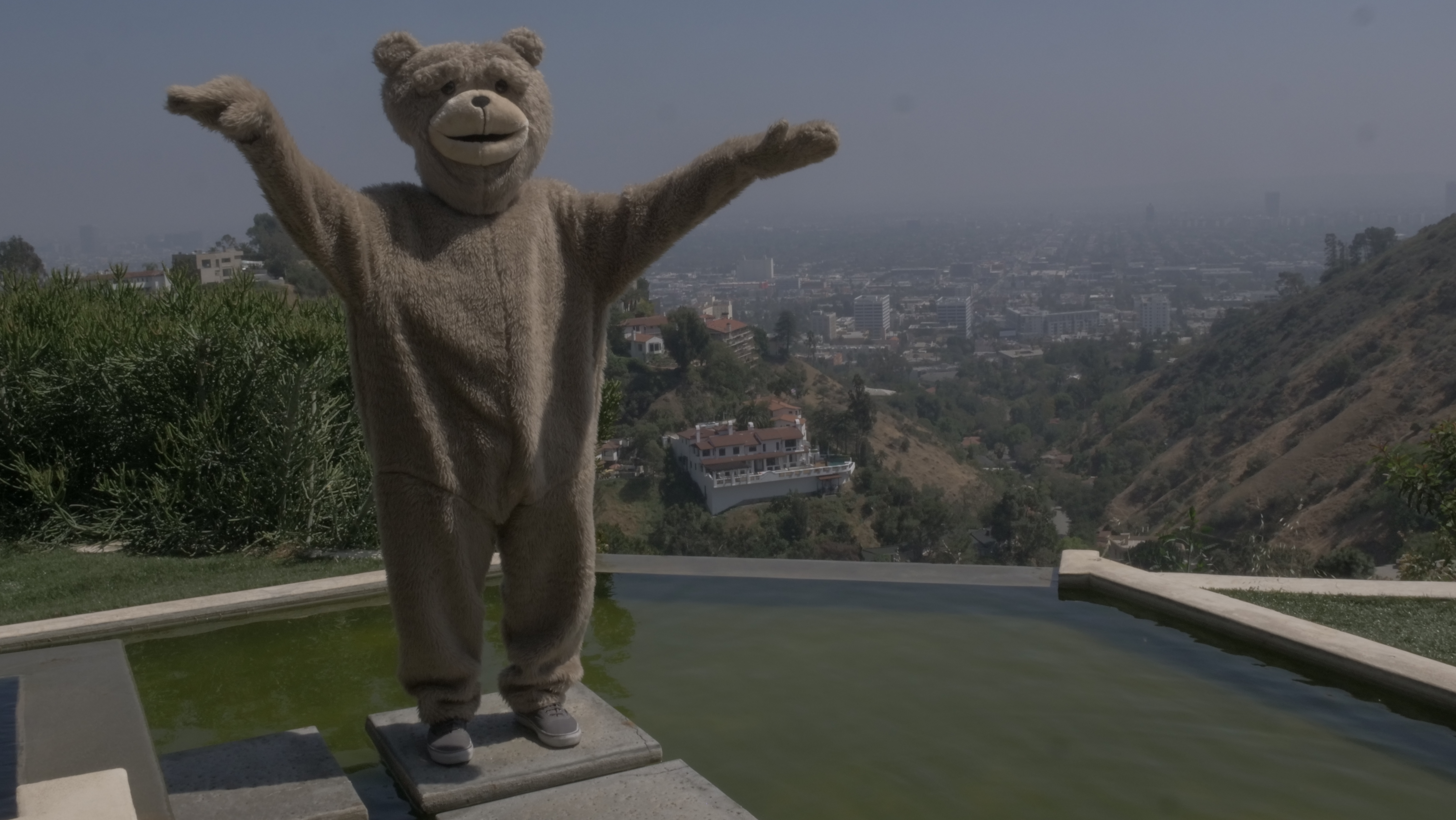 He is an award-winning musician, producer and DJ who is about to set on a Global summer tour with his hit single “The Weekend” currently being playlisted in over 22 countries. We caught up with the man, the legend, Teddy Bear

So, Teddy Bear your new single is called “The Weekend” . Why is the weekend so important to you as a Bear?

You know sometimes people think bears have it easy. Oh, if only they knew. Our job is to be nice 24/7 and that’s more work in itself than you can imagine. The Weekend is what everyone looks up to, so I wanted to make a song paying homage to the best 2 days of our lives because you can’t really count panic Sunday’s into the mix.

Yes, panic Sunday’s are the precursors to Manic Mondays. Now, in your alter ego, you are an x2time Grammy award-winning artist who has worked with the likes of Beyoncé and Micheal Jackson. Why would you give all that up to be a simple Teddy Bear?

The answer is in your rotten question (haha). I like the Simple Life and I don’t mean the show with Paris Hilton and Nicole Ritchie… Although, I wouldn’t say no to a ménage a trios with both if i was drunk and they were the last two girls in a desert island up in Mexico. But, yeah after producing, writing and performing in front of millions. You feel a little bit weary about fame. I have never really liked the fame part. I just love producing and passionately sharing music so it is so funny that millions of my fans who know me for my other musical alter ego keep asking when will I decide to release new music and I am like well here it is new music, the difference is you don’t know it’s me.

What are your goals now?

To become the first animal to defeat the humans in their music. Actually, scrap that because some animals are out here making us all look funny. That Meerkat in the Compare ads just piss me right off. I know some friends who are Meerkats and they don’t approve. So, I will say to become the first Teddy Bear to take over the music game once and for all. The game needs Teddy.

The video looks amazing. How did that come about?

We recorded the single with King London in London so the label was like “let’s shoot the video in London” and I am like “why would you want to shoot a Weekend video in a fridge freezer”? (Laughing) it makes no sense. After, a few hours spent twisting an A&R’s arm and wrestling with a stuffed chicken whilst being blindfolded by Paul McCartney’s dentist (Weird). They agreed to shooting the video in my villa in Los Angeles. This is where I do my shrink or as you Brits call it psychological services for patients.

So, Teddy Bear are you a Doctor as well?

Well, if you mean do I have a PhD? Then, no I don’t. No one asked Dr Dre whether he qualified with his GCSE’s let alone a Doctorate but he is out here telling you his headphones are better than yours.

Fair enough? So, what are your services?

People, come and see me in my villa to get genuine Dr Teddy Bear advice on life especially from a Teddy Bear non-human perspective. As an animal, I have to say you human beings have too many issues. My only issue is food, beer and sex. In that order…

What is the worst issue you have been presented with?

A doctor should not really disclose patients secrets but I will. This one girl came to see me. A model, she said she had an issue with coffee. Apparently, every time she smelt coffee. She thought she was a Tiger and she felt her self-becoming one.

I know. I told her to relax and i found out she was hypnotised by her Uncle when she was only 18. You sick humans!!! Haha She is back to normal now.

What did you do?

I took her to the Zoo to meet my friend Tiger and I don’t mean Tyga the kid who tried to marry a Kardashian or is it, Kendall. Can’t keep up. Anyway, after she met a real Tiger she was finally convinced that Tiger is not something you want to be getting linked with except in a non-prenuptial marriage to golf legend Tiger Woods.

Hilarious. Now, were you surprised how well received “The Weekend” single was in countries as far as China, Australia and even India?

Yes and No. but, more no than yes!!! See, you are confused already. That’s how confusing people feel during the weekdays. Is the boss happy or sad? Will I make a deal this week or not? Is my colleague depressed this morning or not? When am I getting a raise? It is an utter mind field so I know it’s a global phenomenon that everyone, well at the very least the people who work hard must obviously look forward to the weekend. So, any hard worker will empathise with the single. The only people who might not are pencil pushers or lazy people.

Who is a pencil pusher?

A pencil pusher is a person who pretends to work hard with a strong habit of always scribbling rubbish on pieces of paper in a meeting to appear as though they are hard at work.

Wow. You learn something new every day. So, what’s next?

The next single is “Maria” out in July. It’s very different to “The Weekend” but as infectious and drawing from my non- Spanish heritage. We are also going on a global tour to 25 countries starting from this month which will be a big Party to say the least. I am also looking forward to be the closing act at this year’s National Film & TV Awards on the 5th of December at the Globe Theatre in LA. That’s being beamed across to over 12 million homes live. No pressure.

The Weekend by Teddy Bear ft. King London out now on iTunes, Spotify, Amazon and all stores