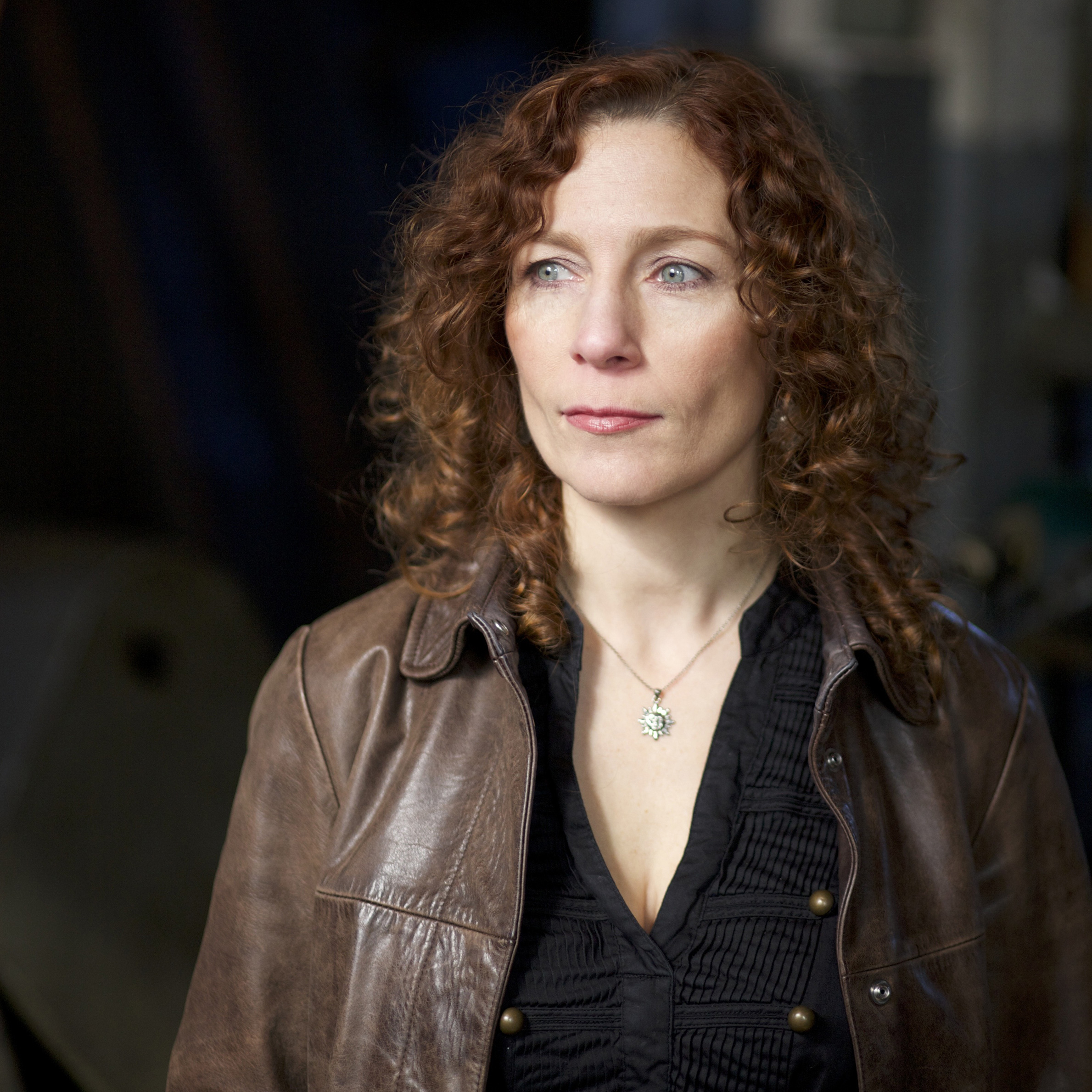 Thea Kearney is  a  singer, songwriter, guitarist, and visual artist who was discovered on NewRockStars . She currently performs in an alternative rock power trio and as a solo acoustic artist under the name Thea K. A native New Yorker and Brooklyn girl and her songs have been described as urban stories of socio-political angst and unrequited love.

Playing various musical instruments since the age of 9 (guitar, piano, and violin), Thea has always been interested in both the visual arts and music. She received her B.F.A. degree in Computer Art & Design from The University of Massachusetts and M.F.A. in Computer Graphics from The School of Visual Arts in New York City. While studying at college, she also found the time to play guitar in local rock bands.

After graduating from The School of Visual Arts, and working as a freelance designer, Thea realized that music was becoming a much more important element in her life and she began to devote most of her time to music and learning the craft of songwriting. Although she has taken the occasional lesson and class, she is a mostly self-taught musician.

Growing up in New York City with a diverse mixing of cultures and experiences has greatly influenced her songwriting. Her music has many facets. Although the music is essentially rock based, it is influenced by a wide range of genres including classic rock, punk, metal and funk, folk, pop and even classical music.

Although she has been compared to artists like Chrissie Hynde, Alanis Morissette, Patti Smith and PJ Harvey, Thea Kearney has managed to create her own unique style. Her guitar playing developed by studying great players, such as BB King, Carlos Santana, Duane Allman and Jimi Hendrix, among others. This in combination with her vocal range has enabled her to become a dynamic and interesting performer as a lead guitarist and emerging singer-songwriter.

In 1998, Thea released a self-titled E.P., produced and engineered by Kennan Keating, who has worked with many acts signed to both major and independent labels. The E.P. garnered positive response, and as a solo artist, accompanying herself on acoustic guitar, Thea quickly acquired gigs at music venues in the United States as well as abroad. While performing in England, she was invited to do a live performance on BBC London Radio to promote her solo shows at The 12Bar Club and legendary Hope and Anchor in London.

Thea Kearney was joined by bassist Peter Sampson and drummer Ed Ruokonen in September 2001, to form her first rock trio, initially called Thea and later changed to Thea K. In March 2003, Ed was replaced by Pam Arnold on drums, and the trio emerged to form a tight unit of high-energy rock. They regularly performed in New York City clubs such as Downtime, Continental, Acme Underground, The Orange Bear, and the C-Note. They also recorded an 11-song CD titled Species Closeout, which was released in Summer 2004 on Thea’s independent label, Sea Dragon Records.

Taking a break from music to start a family encompassed the better part of a decade, but in 2012 she got back to singing lead vocals and playing guitar in Dollar Store Riot, an alternative rock band from NJ www.dollarstoreriot.com. She left the band in 2017 to concentrating on writing songs for her sophomore album as well as releasing singles and in 2018, forming an all-female pop/punk band called Megasparkle. She is currently producing a 5 song E.P. with the band as they record remotely from home during the COVID-19 Pandemic. She is mixing the songs and learning a lot about Logic Pro X and plugins! The first single of the E.P. was released in October 2020 and is available on all streaming platforms.  Her single Last Breath  is certainly a thought provoking work of art. With soft, aching vocals and lyricism conjured of a divine heartache, the single captures an immaculate essence of understanding pain and what it is to live with agony. A marvellous orchestration created by Thea Kearney  employs the entities of the human experience to embody the latest single, “Last Breath”.

A true test of a Thea’s strength is her ability to adapt to abrupt changes in the industry and in the world, and she has embraced these changes with ease… The entire song is deeply moving, and a much needed breath of fresh air in an increasingly suffocating world.

For more information on Thea Kearney. Please, see below: