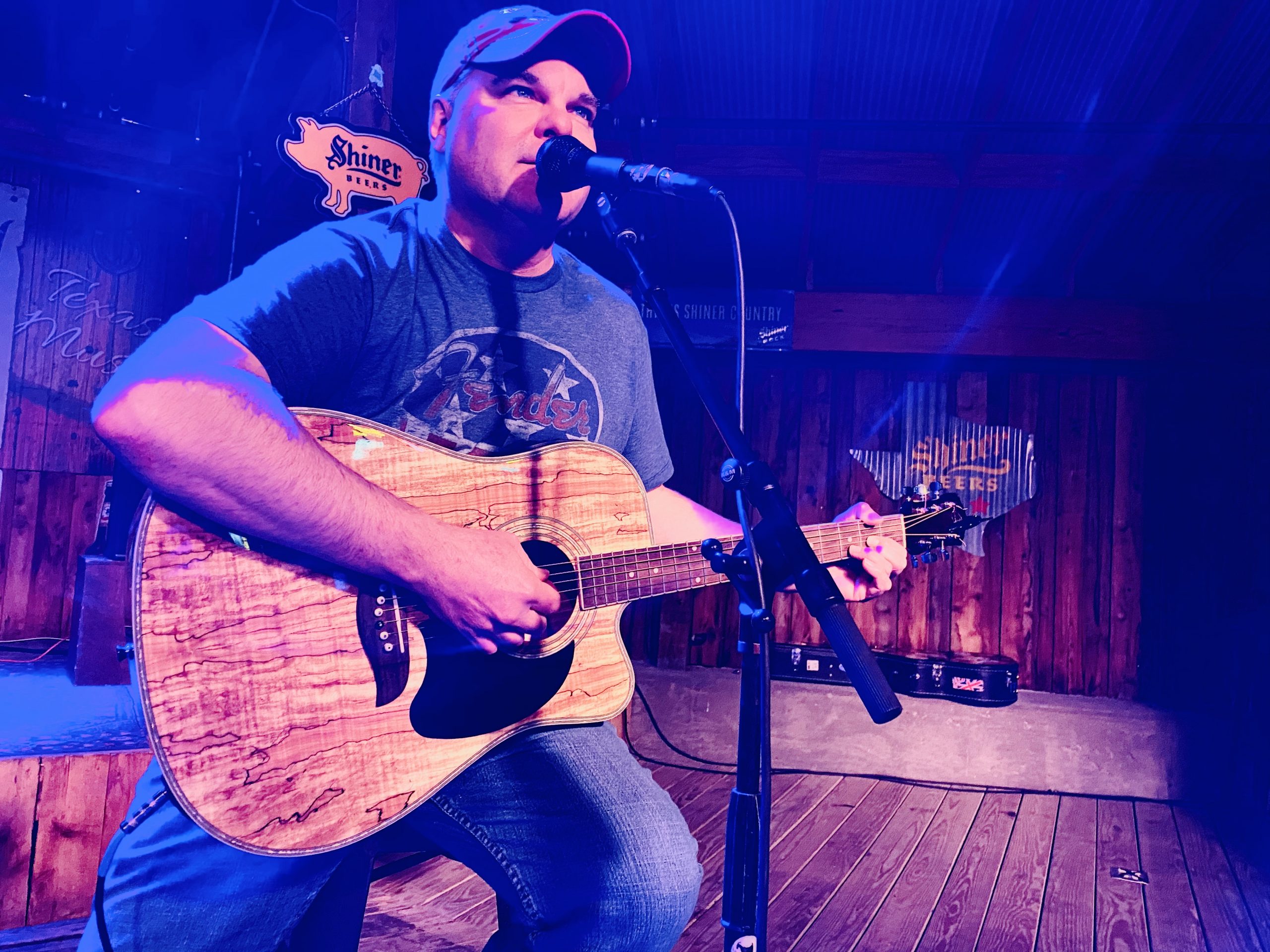 Todd Barrow is making a name for himself as a country artist to watch. The Texas singer-songwriter has racked up more than a few accolades, from a PRSA Award of Excellence, an Akademia Award for Best Country Album, and an artist spotlight in Alternative Roots Magazine, American Pride Magazine and AVA Radio. He has appeared on television shows including Good Morning Texas with Jerry Matheny and Texas Music Café on PBS. He’s even shared the stage and studio with some of country music’s heaviest hitters, from CMA musicians in Miranda Lambert’s band to Fort Worth Producer of the Year Bart Rose. But it’s more than just Todd’s success to date that makes him such a compelling country artist. What’s most readily apparent in Todd Barrow’s music is his heart.

Todd’s music is no country for old men. While he undoubtedly draws his sonic influence from titans like Hank Williams and Johnny Cash, his melodies skew modern. He plays almost every instrument, from piano to guitar, mandolin, harmonica, and drums, and the multi-instrumentalist doubles as a songwriter for himself as well as for other artists. “”If I can put a smile on someone’s face through song, well that just means the world to me,” he says. “I try to get to the real heart and soul of a song. To me, it’s not just words but a story, and I do my best to portray that with every line. That’s my main draw to country music; the stories, the people, and the sincerity that comes from the heart.”

It’s precisely that heart that has won over audiences around the world. Todd Barrow’s recent single, “The House That Love Built”, co-written with Sonny Burgess, was featured on RightNow TV and was honored by PRSA Fort Worth for its fundraising efforts on behalf of the Ronald McDonald house. Todd was featured in the lineup for Bo’s Extravaganza festival at John Schneider’s Studio, alongside such artists as Kid Rock and Tom Wopat from Dukes of Hazzard. He has received radio airplay from Italy Radio 6.75 for his single “Hot Southern Night”.

Girl Like you, the latest single from singer/songwriter Todd Barrow, is likely her most complete and impactful musical effort yet. The production captures the song’s emotional turbulence, a battery of synthesizer and pre-programmed instrumentation never sounds lifeless or fake, and Todd’s voice and lyrics are at the center of it all.

This unusually gifted performer has made a name for herself in both worlds of popular music and acting, but there’s no hint of scattered focus in her musical excursions.

Instead, Todd  is clearly with every word of this song and it fearlessly broaches personal experiences in an universal way while still imbuing the song’s lines with qualities of the real – drinking, staring at the phone for a call or text that never comes, stripping the sheets off the bed, little things like this in the songwriting help make Girl like you fly high.

The configuration of pre-programmed instruments making Girl like you purr and move fast through the listener’s landscape isn’t just some hodgepodge assembled to give Todd a vehicle for his vocal. Instead, the thumping bass, quicksilver synth playing, and breathless pacing set a great stage for Todd to lay down an equally fiery vocal.

The rising and falling in the song comes at all the right places – we are waiting for these payoffs and, when Todd delivers, you can tangibly feel the song moving into a higher gear. There’s a very physically, engaging quality to how the track is put together, but it never sounds laboured over or too plotted out. The freshness of Todd’s musical backing can only be ascribed to inspiration and skill – two qualities in abundance on this single.

Todd’s vocals show off some of their technical abilities throughout the track, but the guiding principle here is passion shaped by technique. It’s never restrained or sterile. Todd understands how to use her voice to best possible effect and varies her phrasing appropriately with the emotional content of the lyrics.

He cuts her voice to fit both the peaks and valleys of the musical arrangement and it gives the performance an unified quality that few pop songs achieve today. Todd’s lyrics seem ripped from the pages of her own life – the wealth of detail and the direct eloquence of how he presents the situation make an impact all their own on the listener. He’s given himself excellent material to work

We decided to catch up with Todd for an interview..

What inspired you to get into music?
I grew up in a musical family here in Texas. Started very young entertaining an audiences and addicted to the recording studio environment. The impact music has on people around the world.

How would you describe your music?
My music is alternative country with a traditional vibe for the modern music industry. A lot of energy and fun. Sometimes a more get down to business tone. Always thrilling from start to finish.

What would you say is your recording and song writing style?
It all begins with an inspiration about a subject. Usually a life experience. Then like a journalist I go to work to put the story together. Throw in some chords and head to the studio.

Where would you like to see your music career in 5 years time?
I’d like to take on a more artistry development role maybe even A&R position with a major label! Still producing my own country songs.

Where can music fans listen your music?
You can find me on all digital stores such as i-tunes, amazon music, pandora, spotify, soundcloud, youtube, etc. Available on my website too.

Todd Barrow just released his latest single, “Girl Like You,” written about love during COVID-19!