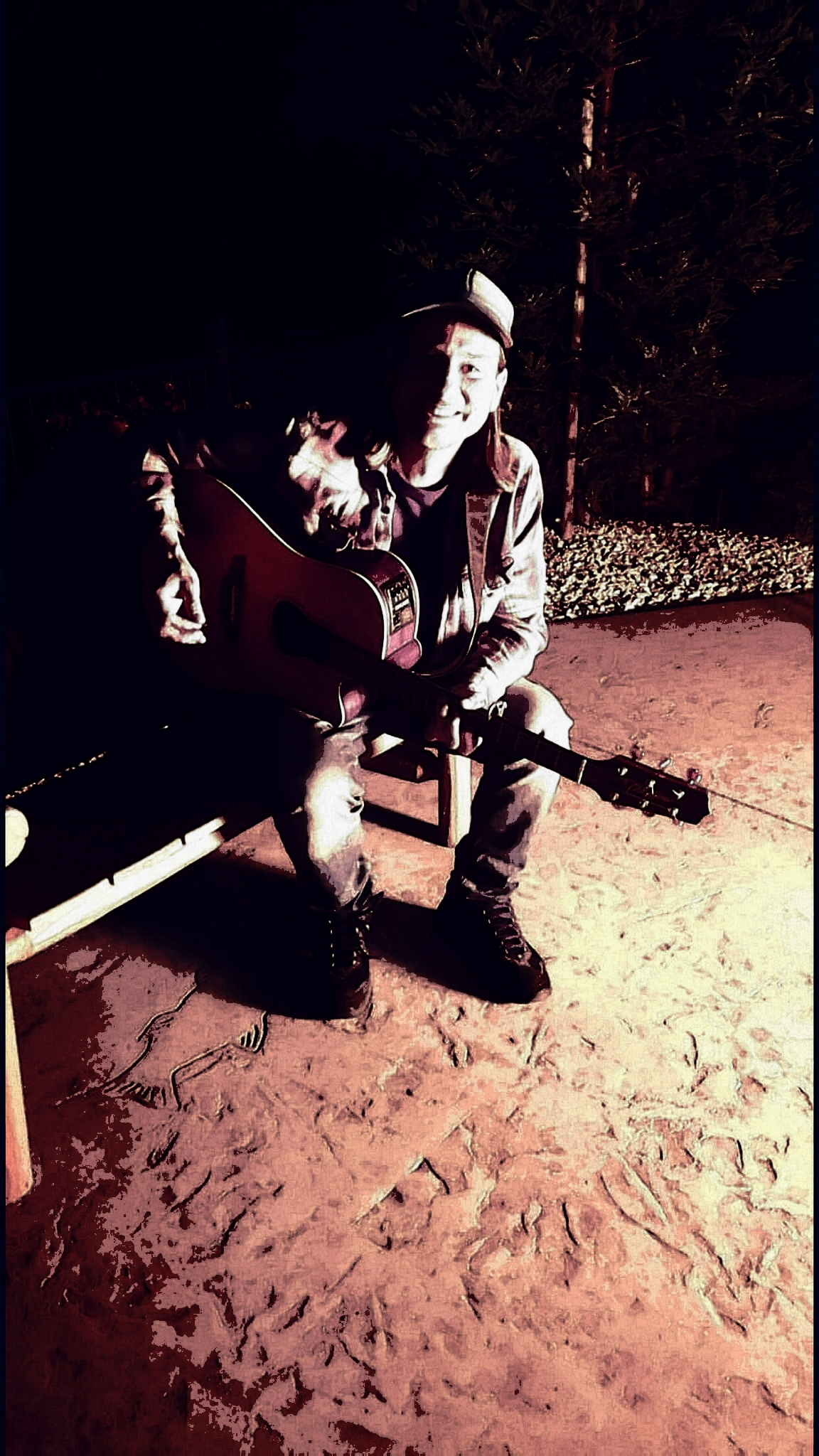 “From the Gravel Roads” is the brand new album from Travis Braden . His  influences  play a major role in the first track on the album ‘Hobo Lean’ . The track starts with a heavy guitar intro that  really spells out in all certain terms what to expect from the rest of the song.   The songwriting is on top form and you find yourself hooked from the first few seconds of “Last night i had a dream”  which reminds me of the first time i heard country musician Don Williams “Some broken hearts never mend” . By the time the chorus kicks in on Hobo Lean, you realise that you are listening to a masterpiece. ‘Snippet of a Dream’ reminds us that we can always go above and beyond the confines of our mind and there is much more that can be achieved if we think outside the box. Just remember once you give permission to your mind to take you far away, it is more than evident that there has to be a triggering of imagination to reach higher heights. If you think you, can achieve but if you imagine and hold on to your imagination with both faith, action and conviction then the world will be your oyster. “Snippet of a Dream, life is not what it seems, how does it feel to be judge and jury” . The lyrics make you think and put yourself in the position of Travis. His delivery is simply second to none.

His take on ‘Humbled‘ flows seamlessly from ‘Snippet of a Dream’. His style is more melodic on the single with chimes and bell like sounds introducing the song leading to a much more eclectic  sounding arrangement. The songwriting, production and vocals  again on Humbled  is one that will seat perfectly on any radio dial.  Travis is an amazing musician with substance who’s worth watching and hearing whenever you can.  By the time i get to ‘Get out of town’ i am already a big fan of this album.

‘From the Gravel Roads’  is an album often has a rousing, intensely emotional sound and the musical peaks that come along the way are perfectly built up to and integrate the various elements at his disposal in a seamless, highly musical way.  The possible breadth of this album’s appeal is immense. Listeners old and young alike will find some basis to relate to the songs or else understand the enormity of the experience. One does not write songs about buying groceries – these are works of art in miniature and aim to depict impactful events and feelings in our lives especially in the present era.“From the Gravel Roads” does that with relaxed, confident ease. There’s little doubt that Travis has succeeded in putting together a masterpiece, a vision of art boxed into music.

We managed to catch up with Travis to  delve into the man behind the music..

How would you describe your music?
I loved and still love the art of songwriting, voice and guitar playing. That’s where it started for me. From there I was into every kind of music imaginable.

What would you say is your recording and song writing style?
In terms of songwriting,  I really admire Tom Petty and Lucinda Williams. JJ Cale. Gritty, soulful writers and singers. I hope my music comes across as an expression of gratitude towards the artists that inspired me. When I write a song, on the last three albums at least, I let the song flow out, try to let the words fill in without forcing or tweaking them too much, to capture the spirit the song was written in and try to carry that forward.

Where would you like to see your music career in 5 years time?
In 5 years I would like to see my music expand into other sounds and genres.

Where can music fans listen your music?
My next musical releases should be singles or E.P’s, which I am excited about! Fans can check out my website travisbradenmusic.com , which I run myself and blog on regularly. You can hear the new album and the previous two anywhere you get your music including Spotify.

Click here to listen to Travis Braden’s music on Spotify