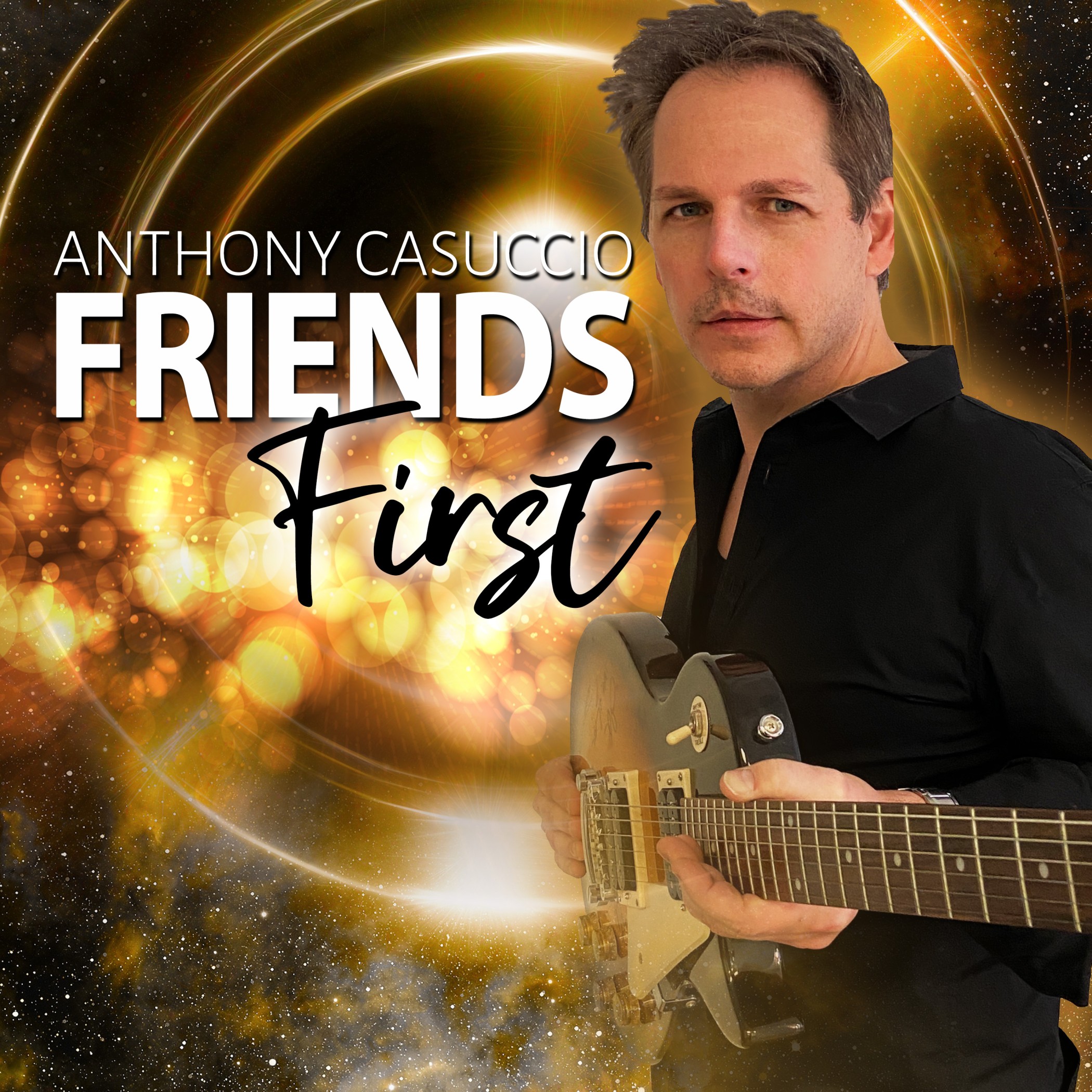 Introducing 25-year music veteran; Anthony Casuccio whose audio production work has been nominated for three Grammy awards and has topped various charts across the world as a producer and engineer, bandleader, and songwriter for the band A&L that had nine top 20 songs on various U.K.

He is back with new song ‘Friends First and Anthony has Collaborated with Gino Mirizio – international drummer/percussionist based in Toronto and Robin Grandin – a musical powerhouse who played bass and added the catchy harmonies. At its core, Anthony Casuccio’s new single “Friends First” has everything required to become a staple in the modern country genre. Right from the moment that we hear the vibrant sound at the onset of the song, it’s abundantly clear what we’re in for in this three and a half minute country opus.

There are no halfhearted attempts at alternative stylization here, nor are there are many moments in which the song actually sounds even remotely impure in their collective aesthetical collaborations. If you came looking for the predictable fodder of an FM country song in this single, you’re in for quite the surprise; in this hot track, mainstream artificial tones are replaced with a lively enthusiasm for the genre that just can’t be taught (nor faked).

What inspired you to get into music?
I always say that music chooses you. What you do with that passion and feeling is up to you. I could not fight that feeling of creating music. So I turned it into a profession. From producing to teaching and now performing my music.

How would you describe your music?
This song is a country/pop song.

What would you say is your recording and songwriting style?
I usually work an idea out on my guitar. Then I create a demo of the song and work out my idea and finalize the words. From there I will then go into the recording studio to record the finalized version. On Friends First, I had a special inspiration to capture my feelings through song. My intention was not to release this, but the fully produced version turned out so well that I had to release it.

Where would you like to see your music career in 5 years time?
I have had a wonderful 25 years in the music industry. I am hoping to continue releasing music and I hope to grow my audience.

Where can music fans listen to your music?
Where ever music is streamed or downloaded.