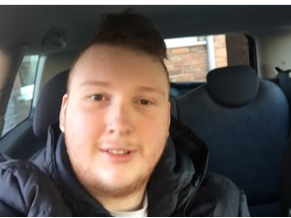 Introducing Xwisdom,  a 19 years old  from the UK.  He makes videos under the name of  Pugly and has been doing so for over 5 years.  He then started making music in early June this year and has  made 3 albums and  currently working on my fourth album. When you listen to Hurt,  On Top, Centerpiece, My Name is Xwisdom, Anxiety

After three albums, Xwisdom stays well-grounded. The tracks kick off with Hurt which sounds like it might be an energetic title, but it’s not a quick note to ring in on. But the storytelling class song is a mature piece of music with some great lyrics. No use getting me wrong here, but you do have to expect a lower register when listening to this. And once you do, you get the picture with ease, and just enjoy the vocals and arrangement. There is a message here with the title in the chorus. It is a fine opener that way, once it sinks in. And away it goes from there  to help that first track stick, as it follows the same lyrical wisdom.

On the other hand, On Top  obviously carries on about the differences between the decisions the head and the heart make, and how they contrast. We often lose the them in the wrong order because we’re not using the right one when we should be. It’s deep, but if you like lyrics and you’ve been around long enough you will get it.  Each track so far holds its own and then some. This one even being a little bit shorter, but also sweeter as well.

The next track Centerpiece is where things get mighty interesting, because in the process he nailed a remarkably haunting version. It is a surprisingly hypnotic take . It should be exposed for all it is worth. It builds up very well and keeps going at a satisfying pace, but the only problem is, it ends abruptly, leaving you wanting so much more.

On My Name is Xwisdom he follows up with some more vocal genius, which is obviously his strongest suit to be found if you’re hearing him for the first time anyway. He delivers another standard with this track, almost like changing it up without a lot of notice.

What inspired you to get into music?
What inspired to do music was family basically and also the fact I like music.

How would you describe your music?
My music is mostly based on my thoughts and feelings of the world.

What would you say is your recording and song writing style?
wouldn’t say I have a particular style. That anybody could say hey that’s Xwisdom. I just write how I feel and do what I think fits the song the best.

Where would you like to see your music career in 5 years time?
In 5 years or less, I would love to be seen as a professional musician. Everybody and anybody can find me where they find everybody else, for example, Spotify, youtube, Itunes etc.

Where can music fans listen your music?