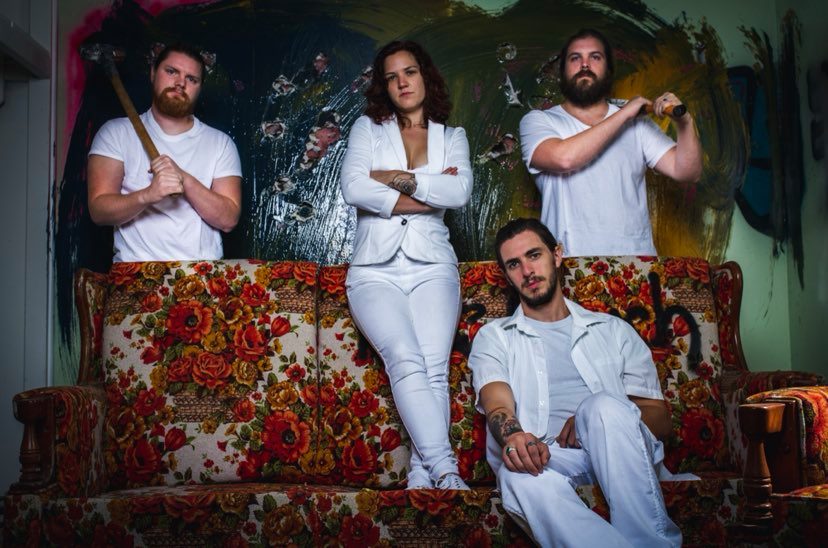 Black Fur is the latest single released from Azure Wolf, an alt 90s-inspired indie-rock outfit that prides itself on sharing their positive and negative lived experiences through their ethereal sound to create profound connections. With disassociation as the subject matter of Black Fur, the lyrical bravery adds to the sonic power, driven by the angular sting of the guitar notes that take influence from Slowdive,
pulsing beats and resilience-projecting vocals. Black Fur was recorded at Poetown Music (Virginia, before being mixed and mastered at The Animal Farm Studio in London.

Azure Wolf said: “Black Fur is a conceptual song, inspired by personal experience, about the struggle of
disassociating from traumatic experiences. It represents the moment of disconnection and becoming someone else. It was one of the first songs that Azure Wolf worked on together.”
Amelia Vandergast at A&R Factory said: “Azure Wolf achieved the alchemy that many artists can only strive for by creating a haunting and simultaneously emboldening single out of Black Fur. To hear such fierce yet
poised vocals tackling the subject of disassociating from trauma allows you to appreciate the strength in survival. Black Fur is perception-shifting gravitas at its finest.”

Azure Wolf started as a solo folk project of Victoria Backle. The Winchester, VA-hailing indie outfit now consists of Victoria Backle (singer-songwriter, rhythm guitar), Isaac Foltz (lead guitar and vocals), Sean Spencer (bass, synth and vocals), and Tommy Moore (Drums).With their collective influences ranging from Kings of Leon to Alt-J to Nirvana to Alanis Morrissette, dynamism has remained a constant throughout their releases since making their debut with ‘Dancing Bears’ in March 2020. Lockdown restrictions may have hindered their touring plans, but they were still able to sell out the State Theatre in DC and play a – quite literally – riotous show that ended with the police’s attendance. Azure Wolf will follow on from the release of Black Fur with three singles before releasing their debut album in Autumn 2021.