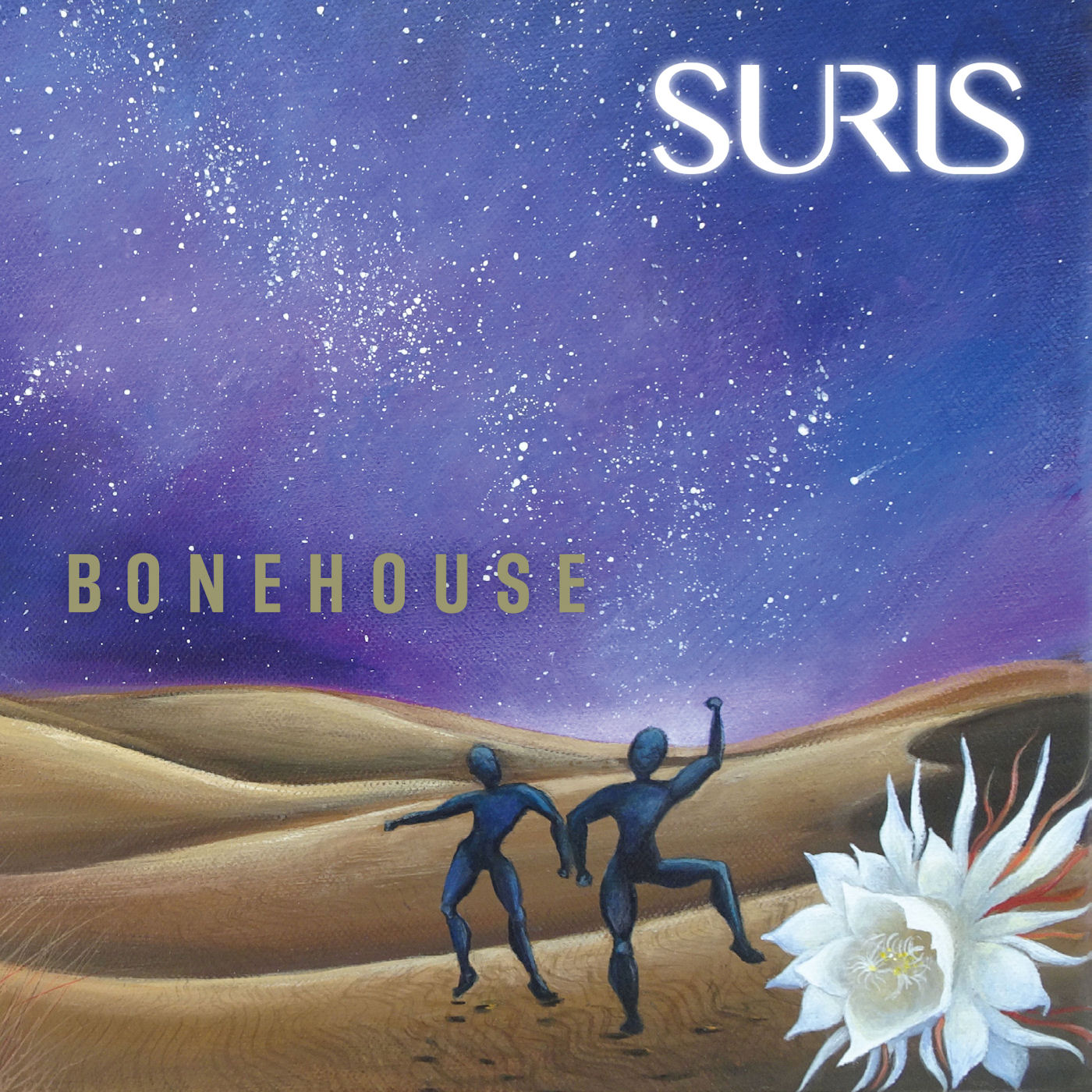 UK-based artist Suris has released their lockdown-born alt psych-rock album, Bonehouse. Each of the ten singles is a unique amalgamation of psych, progressive rock, jazz fusion and folk that operates on a celestial level under the Suris’ otherworldly avant-garde direction. Track 1, ‘Argus’, is a chorally ethereal introduction to the album that evades familiar horizons and ventures to unsettling new ground by experimenting with atmospheric, archaic and hypnotic textures. ‘To Be Known’ showcases tribal rhythm with visceral alt-folk vocals that carry the air of unapologetically bold artists such as Kate Bush, while tracks such as ‘Wanted’ and ‘Eclipse’ unravel as the pinnacle of atmospheric rock. Ballad fans will find plenty of emotion in Stir and Found, and the LP ends with the hypnotic score, Fret, which concludes with an arresting classical string solo, courtesy of Steve Bingham. Bonehouse was recorded, mixed and mastered in Bonehouse’s home studio; it’s officially released on April 29th, 2021.
Suris said: “This collection has come together over the last 15 months. The songs travel through themes of escape, rescue, refuge, identity and legacy. However challenging these experiences are, they are fleeting, and it is important to us that they are hopeful.”

Amelia Vandergast at A&R Factory said: Bonehouse is one of those stunningly rare releases with the ability to take off the weight that you never knew you were carrying. With the strident emotion in the instrumentals amplified by Lindsey Mackie’s art-pop vocals, Suris has brought forth an indulgent cathartic aural escape with Bonehouse.