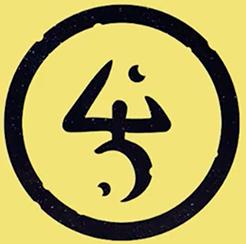 Cassilda and Carcosa  was  inspired by weird fiction for new project “Tubes, Transformers, Transistors, and Tape” . All the tracks on this album were not made on a computer, they are all completely DAWless and recorded to various tape recording devices, mostly using analogue mixers and hardware synthesizers, sequencers, guitar pedals, etc. As  a software engineer by trade, he wanted to get as far away from computers as possible and still make electronic music.  His take on this style is on the single “The Repairer of Reputations”  even has something of an orchestrated quality, but it bubbles with a modern sheen thanks to its electronic music leanings. Listening to the song a few times produces memorable results and serves as a likely preview of the quality we should expect from the entire album “Tubes, Transformers, Transistors, and Tape“.

He combines traditional sounds with the electronic music in dramatic, ear-catching ways. The production style brings the song into total sympathy with the frequency it’s vibrating.

“The Repairer of Reputations” often has a rousing, intensely emotional bent and the musical peaks that come along the way are perfectly built up to and integrate the various elements at his disposal in a seamless, highly musical way. Cassilda and Carcosa obviously arrived early at a vision for this song – it has an ideal running time and manages to pack a world of musical experiences into its relatively brief duration without ever sounding rushed or cluttered.

We managed to catch up with Cassilda and Carcosa  for an interview covering past, present and future..

What inspired you to get into music?
(laughs)  I’ve never thought about this before. I guess, all my friends were in bands growing up and I just love the idea of crafting something new. I have something called dysgraphia which makes typing/writing/playing a live instrument very difficult, so pursuing music when I was younger was kind of a non-starter, I was just awful at it. In my early teens, though, I was introduced to DAWs like Propellerheads Reason and MIDI sequencing, and since then, I’ve been composing and realizing my music that way. which lends itself to a very electronic sound.

How would you describe your music?
IDM/Braindance-y, The musical equivalent of Weird fiction I guess? I think that has to do more with my process though as I described earlier. I enjoy weird time signatures and shuffled grooves but also light and hummable melodies. Whimsical, maybe? Playful?

What would you say is your recording and songwriting style?
I don’t really use a computer at all when I’m making music and rely heavily on hardware sequencers, etc. My latest album was composed, mixed, mastered, and recorded using hardware sequencers, old tape machines, analog synths, circuit-bent FM synths, and old tape machines from the 70’s and 80’s. I usually set up a set of rules before going into a song and just hit the record button of the tape player and “Live DJ” all the midi sequences and ControlVoltages. I might do 5 or 6 takes and then release the track that sounded the best given those constraints. So, in effect, I guess you can say the newest release is a live album.

Where would you like to see your music career in 5 years’ time?
I’m not trying to get famous or anything like that. but if someone down the road hit me up and was like, “I’d like you to score this indie game or film,” I’d be super flattered. I’d feel accomplished.