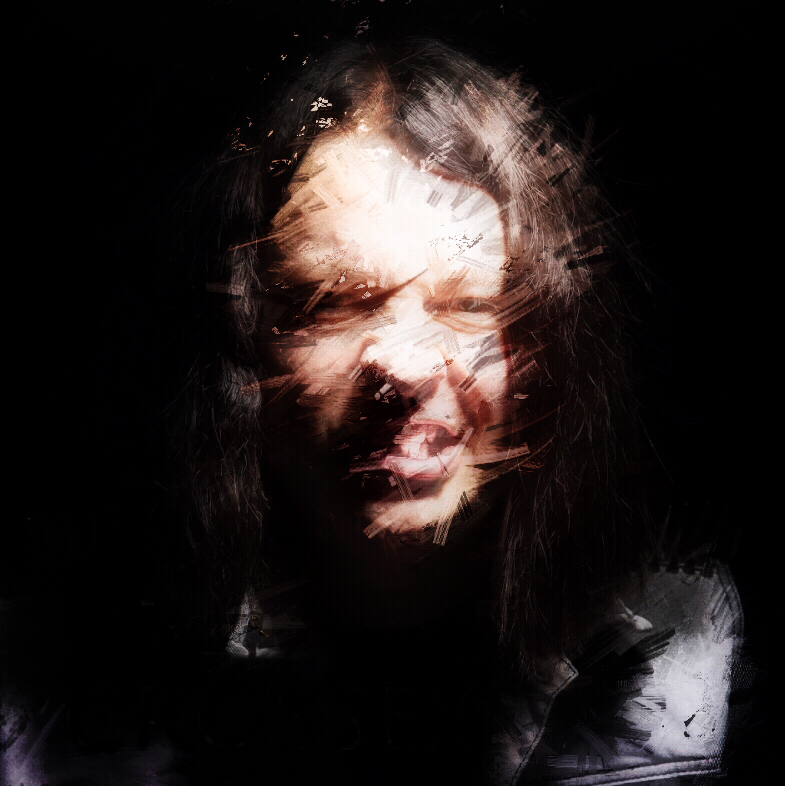 SCATTERFACE is an artist, producer and songwriter based in Germany. The first thing that listeners might notice about his work is definitely the fact that he has such a broad and varied approach to his sound, channelling a wide variety of influences – including classical composers like Beethoven, as well as Industrial and Metal acts as diverse as Nine Inch Nails, or even edgy synth wave acts such as Priest, only to mention a few. SCATTERFACE is the brainchild of a musician, who has been creating songs ever since 2001, when he was only 16. Back then, he wanted to start a nu-metal band in the vein of artists like KoRn. He eventually was one of the founding members of the band =fudge=, in which he played as a keyboardist and vocalist. Eight years of making metal later, he decided to take a leap and establish his solo project, SCATTERFACE! He wrote and created his own songs, but also collaborated with musicians from all over the world via the internet, so that he could fill up his songs with additional instruments and textures. Although he is currently not playing live, the possibility is always out there for future shows!

His new album is called “2020” and the project is a collaboration with musicians from all over the world (40+ musicians, composers, art designers and other collaborators) with even 4 collaborators from our very own UK which include two singers. The singers from UK are featured in the songs “State of Change” –> Alice Banister and NULL / Endless Rain –> Craig Cairn

This is an ambitious project and the title gives away a little bit behind the unified angle of how this project was brought to light.

In their latest single and music video, titled “SC4TTERF4CE_”  from the album, Scatterface himself  gets  as experimental as ever with elements of post-punk, rustic Americana and even a touch of throwback decadence, and while his influences have never been on their sleeve quite as prominently as they are in this most recent studio work, this song ironically winds up producing something that feels – and sounds – quite futuristic here.

“SC4TTERF4CE_” is sleek, oddly cosmopolitan and groove-driven, but more than that, it’s by far one of the more alternative singles I’ve listened to out of Germany.

You are not likely to find another indie release this year quite like the eccentrically stylish“SC4TTERF4CE_”. I would still rank this among the best tracks (and videos, for that matter) that I’ve had the pleasure of taking a peek at this month.

SCATTERFACE  aren’t looking to change the world of pop music as we know it, but in songs like this one, they definitely make the underground beat feel a bit more intriguing than it did before their arrival . In light of the release of the album on the 6th of November, we managed to catch up with Scatterface for an interview..

What inspired you to get into music?
I always loved listening to music and started playing instruments when I was 16. My first big influences were Iron Maiden and Nine Inch Nails. I like to play around with the sound of music and effects.

How would you describe your music?
My music has a great variety of genre and style. Every song is unique but all together follow the same approach. I use a lot of rock music motives but also have parts of techno music, rap, electro, dubstep, pop and so on. It is arranged in a way that it is still consistent.

What would you say is your recording and song writing style?
The song writing is very funny when communicating in the process with people from all over the world and discussing passages. Every musician that took part formed the songs and they grew and were build up like they are building up themselves. It has been very interesting watching this phenomenon.

Where would you like to see your music career in 5 years time?
If there will be another superstar of music on the top, ig this still is possible today, like Elvis, Michael Jackson, AC DC, Ozzy Osbourne, I want to be the next guy for that.

Where can music fans listen your music?
I have a youtube channel and there are some singles on Spotify. The album will be released November 6th on CD, Vinyl and on Spotify. On my website there are links to all my channels: scatterface.com

Find out more about SCATTERFACE, and do not miss out on the artist’s music, releases and events : www.scatterface.com