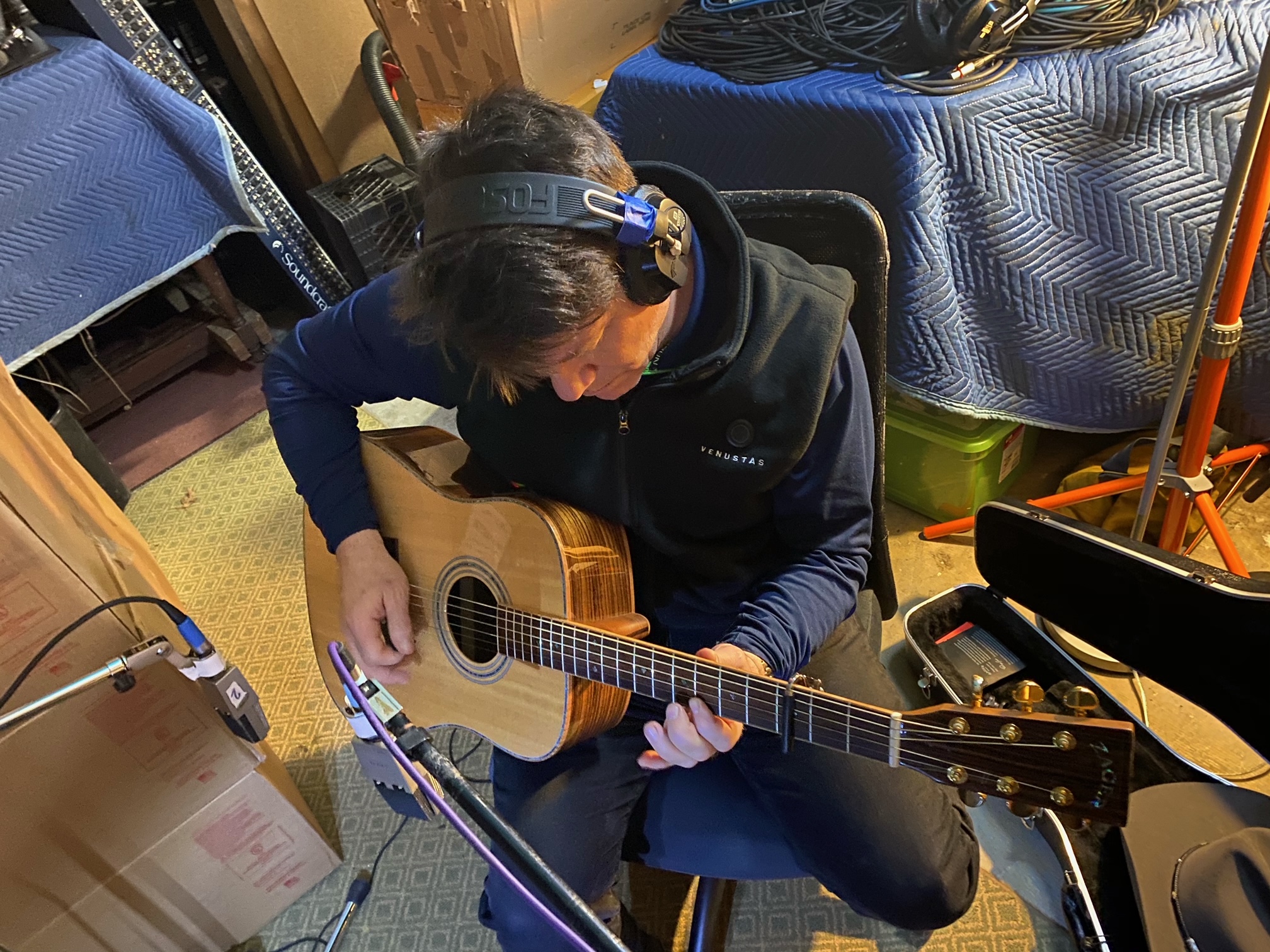 Over the last quarter-century, Long Island Singer/Songwriter Chris St. John has truly led a diverse and successful professional career in the field of law as a prosecutor, judge, and practicing attorney.

Now, his dream of lateral success in the music business is starting to become a reality, as his LP, I’m Dreaming, is now available on www.chrisstjohn.com, Soundcloud and all the major services. His instantly satisfying first single from the record “I Called You Rose”, hit Number #3 on the Euro Indie Music Charts and #8 on the World Indie Music Charts – with a second tune “I’d Send You My Heart” – hitting the airwaves now.

The album includes 13 original songs plus a cover of Peggy O’ and a musical score that connects two compositions.
The topics include the loss of love at a young age; the loss of his parents; the birth of his son John (now 18) and life with his wife of 27 years Elisabeth; a surprise DNA discovery; a serious illness where he was put in a medically induced coma, and a nurse sang him back to life; the loss of a young relative in a car accident and the subsequent climb out of depression; alcohol addiction and recovery; and a gift from his grandmother that he intends to return to her someday.

“My professional career is what I do. These songs are who I am. They are about my personal life. The songs have been written over about 30 years, with four new ones written in the last several months to finish up the album,” he added.

Chris also worked in the State Department, participating in the Reagan-Gorbachev Summit in 1987; and lived, studied, and taught in China later that year. He was also a Congressional Aide and is now a volunteer firefighter.

In 2015, he and his friend started a not-for-profit charity called HALO Missions, which provides medical care, clothing, food, farming equipment, and surgeries for AIDS orphans and the extreme poor throughout Africa, Central America, and the Caribbean.

St John remarked, “The title of the LP is ‘I’m Dreaming’ because some of these songs were dreamed in my sleep and written down when I awoke. Others came from daydreams. There are so many references to dreaming in the album. I guess I like to dream. People have told me I should write a book or make an album. This is both to me”.

We caught up with Chris St. John for an exclusive interview…

What inspired you to get into music? How would you describe your music?
I was a Beatles fanatic at 5 years of age. I had their collectibles and most of their albums by the age of 6. From that time forward my love of listening to music grew. I began to sing and write poetry for songs, but I needed an instrument. At 14 or so I purchased my first guitar and spent the next 40 years writing songs and singing them while playing cover tunes for audiences in college and open mic nights. I won The Gong Show in college and joined a band; we won a very competitive talent show. My music has many influences from the ’50s through the ’80s. It’s a combination of soft rock, folk, country, and Americana, but I would like to think my sound is unique. I sure hope people enjoy it.

What would you say is your recording and songwriting style?
I work alone in my writing. I hear a melody or dream an idea and immediately find a quiet place to write no matter where I am or the time and day of night. I know that for me inspiration comes when I least expect it, so I’m ready because if you don’t capture it when it comes, it’s a forever missed opportunity. On my album, I collaborated with my Producer and I was the Executive Director. There was no fighting, just a wonderful collaboration. I listened and took the advice but was insistent when what was being suggested changed the song or the sound I was looking for. I had a vision for a diverse autobiographical album that flowed from start to finish and that kept the listener never knowing what was coming next. I wrote all the melodies on my guitar, but when it came time for recording and production, we changed up the instruments. I had a vision, but it never could have been realized without the incredibly talented people I played with and my producers.

Where would you like to see your music career in 5 years time?
I will still be writing and singing for sure. I want to be where God wants me to be.

Where can music fans listen to your music?
www.chrisstjohn.com