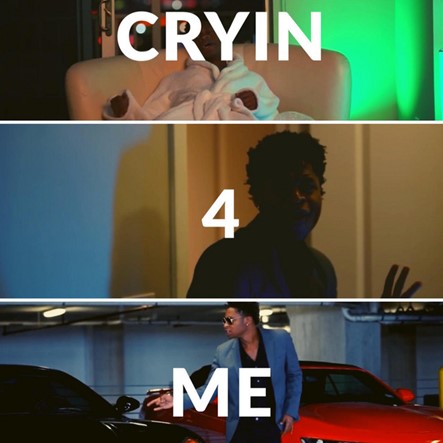 In his latest single and music video, titled “Cryin 4 Me,” singer/songwriter  Chris Sullivan continues to impress critics and fans alike with his warm tonality, earnest lyrical style and humble poeticisms – the best of which, I might add, could well be contained within the three and a half minutes this song runs.

Sullivan’s voice ascends into the heavens with a simple strut, but beyond his black and white delivery, there’s very little in “Cryin 4 Me” that I would describe as being unelaborate in nature. Like a warm ray of sunshine on an otherwise cloudy afternoon, this is one track almost guaranteed to shift your mood  no matter how many times it’s been played before.

I absolutely love the emotional depth created by the harmony between Sullivan’s vocal and the other parts in the track, and whether you’ve been following his career thus far or are just now getting into his music for the very first time, I think it’s clear that there isn’t anything forced in his execution here.

“Cryin 4 Me” is a very relaxed composition in every way that actually counts for something – in rhythm, rhyme and tone, there’s an easygoingness to this song that you don’t hear every day on the FM dial, and that alone makes it quite the pop gem indeed.

One of the most prominent rising musical artists, Chris Sullivan, is quickly set to make a name for himself in the music industry. This release is certainly a sign of more good things to come and  sets things up perfectly for his follow up release “Put It On.”

We managed to catch up with Chris Sullivan for an exclusive interview on Camden Monthly..

What inspired you to get into music?
Dancing has really been my main inspiration for music. I grew up pretty sheltered so I wasn’t really allowed to go out of the house. So I spent majority of my childhood and teen years dancing. This grew into a desire for more. So I started exploring singing and really translating music that I hear in my head not just externally.

How would you describe your music?
My music is pop, R&b with a mix of modern hip hop.

What would you say is your recording and song writing style?
My recording style is pretty unique. I usually don’t like a lot of people in the room. And I usually prefer it really dark. I usually write during moments of intense loneliness. I travel a lot so I’m always in a state of remembrance and longing for love. So I use these times to milk myself for creativity. Like a cow with utters. Long, tender, sensual utters.😏

Where would you like to see your music career in 5 years time?
In 5 years I see myself as a major independent powerhouse in the music industry. Doing collabs with a some of the biggest names in music.

Where can music fans listen your music?
Fans can find me on Spotify Apple Music all major platforms. You’ll have to search for me a bit though. I’m not that famous. P.s fun fact I used to be a backup dancer for the Michael Jackson tour.