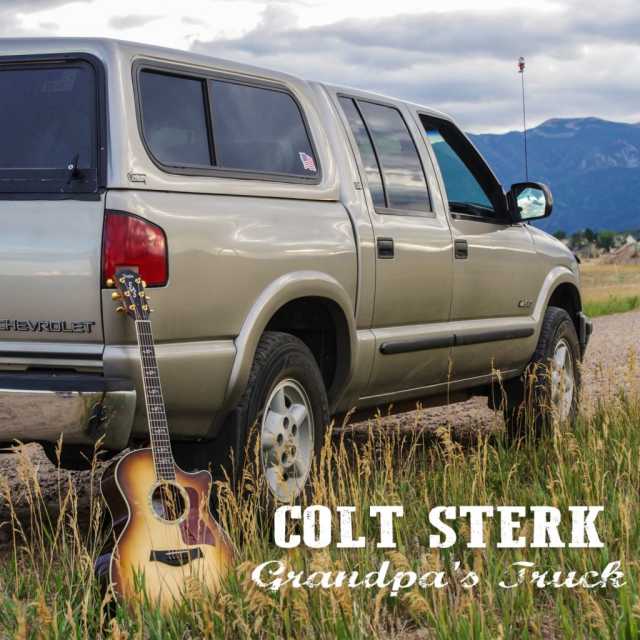 A brand new track from Colt Sterk is causing a stir, it was inspired by his late Grandfather, James Sterk. His background comes straight from a special place as a graduate from the US Military Academy at West Point and a US Army Blackhawk Pilot. He has certainly reached for the sky in more ways than one and is now doing it a second time.

Colt’s descendants scream service as his military background are coupled with the fact that both of his grandfathers served in the Navy in Korea and Vietnam. During his time at West Point, Colt’s Grandpa Jim lived in Colorado and lent him his old Chevy S-10 so that he could visit him on weekends which led to the title of this single ‘Grandpa’s Truck’. The single is about that exact truck and the amazing experiences he had in it during those few months.

“Grandpa’s Truck” is inspired by Eric Church, Kip Moore & Jake Owen and is a contemporary Country song with elements of old skool pop and new nuances mixed together to form a feel-good track.

Colt has produced and recorded his debut single and EP independent of a label, and he says the process has been incredible. His producers, Rocco Santucci, Dominic Santucci and Marco Santucci of Sant Invictus Records, are friends he has had since he was 12 years old. If Grandpa’s Truck’ is anything to go by, I cannot wait to hear what is next to come from Colt’s music catalog in the future.