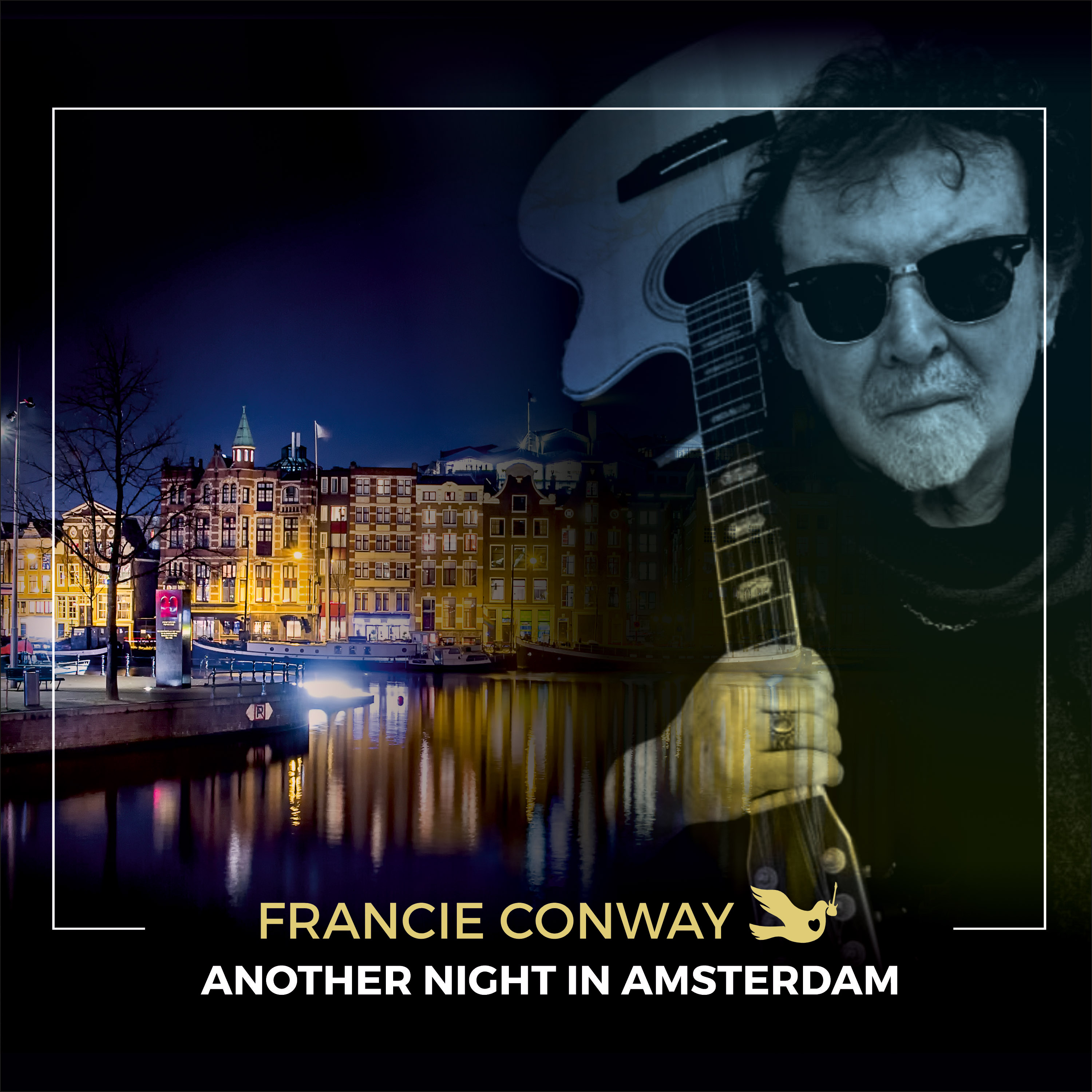 Francie Conway’s latest album, “Another Night In Amsterdam,” is a beautifully crafted collection of songs that showcases the artist’s vocal range and versatility. The album’s title track, “One Night In Amsterdam,” sets the tone with its dreamy, atmospheric opening that evokes the feeling of being lost in the city at night. The track also features a memorable chorus that is sure to stay with listeners long after the song is over.

Other standout tracks on the album include “To The Edge of Time,” which is a lush and cinematic ballad that showcases Conway’s emotive singing, and “Fly With The Night,” which is a upbeat track that combines a catchy melody with thought-provoking lyrics. “The City’s Going Down” is another notable tracks which is not only musically engaging but also lyrically powerful as it touches on the current events in the world.

“Love Me For a Moment” and “Don’t Mess With My Heart” are both showcases of Conway’s undeniable soulful singing. These tracks feature beautifully orchestrated arrangements, with a strong brass section that provides a nice contrast to the more delicate elements of the songs. “Now That You’re Gone” is a beautifully written and produced track that highlights the artist’s ability to convey emotions through her singing.

The album also features several remixes of some of the songs, including the “Montreux Mix” versions of “To The Edge of Time,” “One Night in Amsterdam,” and “Don’t Mess With My Heart” which are done beautifully and adds a new dimension to the already great tracks. The album concludes with the anthemic “Listen to the Silence,” which is a fitting end to an album that takes listeners on a journey through the emotions and experiences of one memorable night in Amsterdam.

Overall, “Another Night In Amsterdam” is a highly recommended album for anyone looking for some high-quality, emotionally-resonant and well-produced music. Francie Conway’s powerful vocals are sure to captivate listeners and the album’s diverse selection of songs make it a must-listen for music fans of all ages.

‘Another Night In Amsterdam’ continues the journey of the critically acclaimed ‘Hidden Gems’ album.

The album features many gems including  ‘To The Edge Of Time’, ‘One Night In Amsterdam’, ‘Listen To The Silence’ and many more. It also features a very special extended mix of ‘Don’t Mess With My Heart’ by David Richards (QUEEN, David Bowie) recorded in the legendary Mountain Studio, Montreux, Switzerland.

“While we were mixing tracks in Mountain, David Bowie came in to the studio to invite David Richards to start recording with him. This collaboration led to the classic Iggy Pop album ‘Blah-Blah-Blah’ plus many more from the two Davids and of course Queen. Richards did this extended mix of ‘Don’t Mess With My Heart’ not for a release or  the record company but using it to showcase his skills to Bowie and Freddie, here is its very first release”