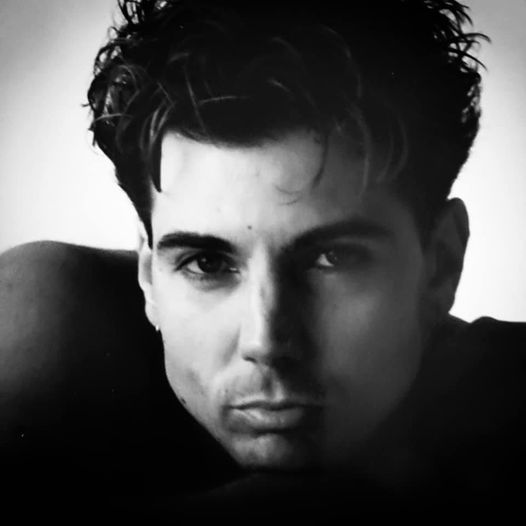 Dar.Ra is a Music Writer, Producer, and Author who earned his stripes with hits for EMI and 21St Century Artists set up the Kusha Deep Label in the 2000s releasing his first solo album in 2009, called ‘Soul Hours’. The UK, USA music press, and radio, made Album of the week on Heart FM Spain, supported the album.
One of the tracks ‘Haunted Dancehall’ featured in a Hollywood film starring Hilary Duff and ‘Snakes On Planes’. Dar.Ra played on BBC Radio Cambridge to a million people live when they connected up their regional stations around the Midlands.

Various EPs ‘Now Is Now’, Live For Love, Cease Fire, and soundtrack to film documentary ‘City Of Hope’ have also had millions of streams and lead to the recent album ‘New Kinda Normal’. The Rock N Roll tour de force, that has seen three singles really make some movements happen in America, with the well-received Music video’s for ‘Rock Steady’ and ‘Night-Stepper’ being shot in NYC, while ‘Diamonds N The Shadows’ being shot in Atlanta.

Tracks have landed number 1 spots on Rock Radio stations around the USA, play-listed on TV stations LA TV, H2O NYC, Nashville Music TV as well as front cover of Hype Magazine, Top Hitz and Music. His new single Londinium is a celebration of London Life through the ages. Dar.Ra describes Londinium his new single as a classic tale of a family from London who go back through the ages and hand down the torch of Working Class Values from one generation to the next, while always being used by the Powers That Be. Anyone who has lived in London would be well aware on the disparity between postcodes and there is also sense of underlying pride and achievement derived from serving or becoming extremely successful whilst coming from humble beginnings. Dar.Ra really puts his all to give us a general picture of the past, present and certainly a glimpse of what is to come. If he continues releasing amazing singles like “Londinium” then it will be only a matter of time for him  to reach millions of potentially new listeners.

We decided to catch up with Dar.Ra himself for an interview

Describe yourself and your career so far?
I’ve been in the music game for 25 years signed to EMI in the 90s and had top 40 and number 1 records with various Major and Independent Record labels during that time.
Ive been running my own label Kusha Deep Music since 2005

What is the inspiration behind your brand name?
Dar.Ra is an abbreviation of Darragh my full Irish spelling. My books go out under Darragh J Brady and Music under Dar.Ra. I just thought it was easier in the Music world to work under that moniker.

What would you say has been your single proudest moment so far?
When I hear that a certain thing I have done, helped someone through a difficult period in their lives, that’s basically why I do it. To lift people’s spirits and tell a few stories through Music or on a Page.

Where do you see your brand in 5 years time?
Held In Global Love

e) What would you say is your unique selling point?
Ive always been told that I’m different, so I guess thats me then.

f) How can customers find out more about your brand?
Search for Dar.Ra or Kusha Deep Music