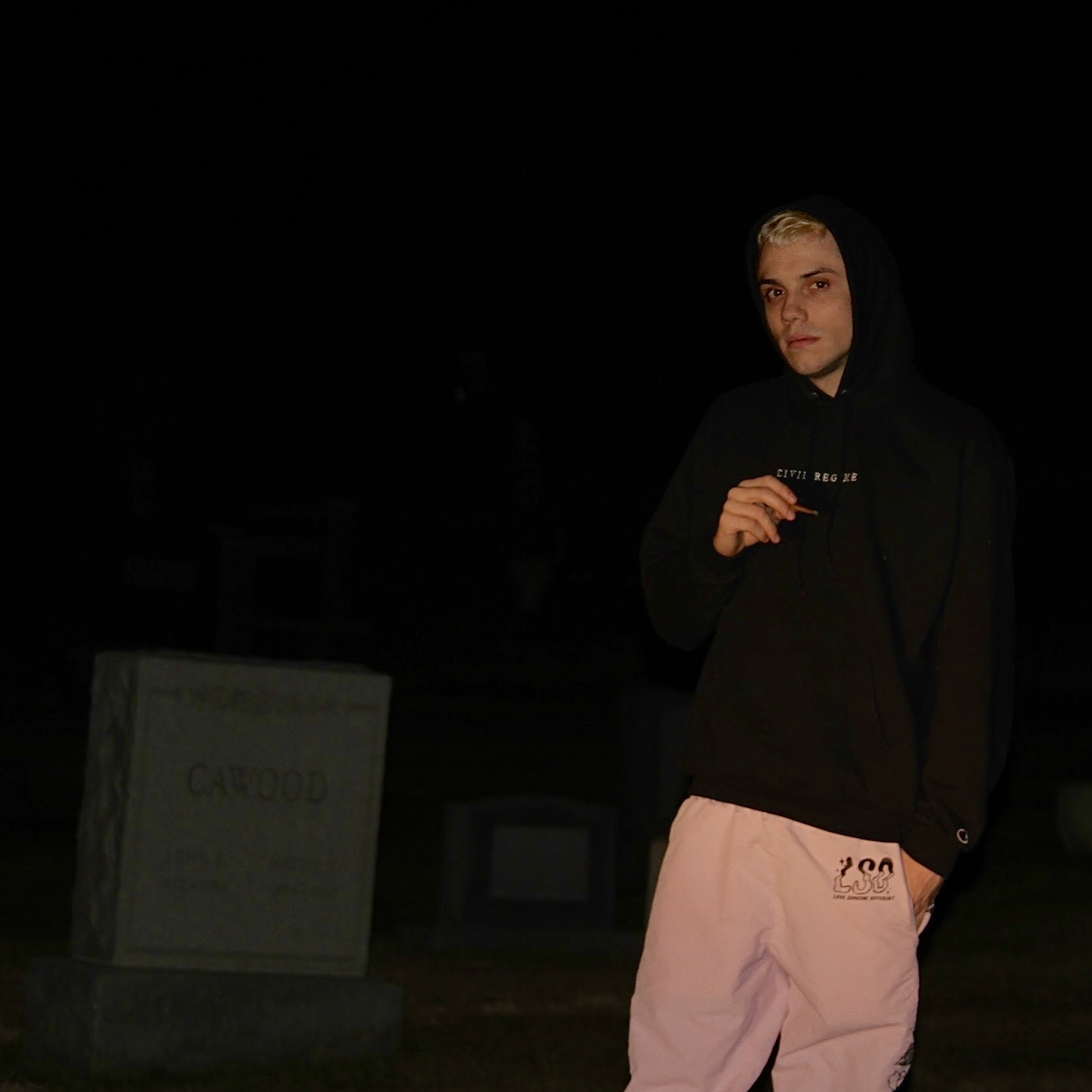 Recently I had the chance to sit down and devote my full attention to listening to BAD KID!, the new album  by up and coming artist Dark Matter. Although I was certain that I was in for a delightful experience considering the gravity of the artist name and album title, I had no idea how spellbound I would become by this record’s multi-layered, divine drive and unrivalled creativity.

I isolated myself from everything going on in my day to day life and pressed play, and instantly the magic of Dark Matter skills reached out and grabbed me by the throat in the opening track IDK?!. I found myself being transported to a deserted land, where nothing exists except desperation and the never ending search for glory. Littering my path were enormous strings and synthesized mountains, both of which I would soon find myself trapped in for an indeterminate amount of time.

We grind and gallop our way through the surrounding bleakness and venture into the daze of self-awareness, realizing at once what we must do to reach a climactic oasis and “Call Me” arrived just in time. With “Call Me”,  BAD KID! churns us in a vortex of minor key whirlwinds that sweep us away and refuse to break our tension, even when it feels like we’re on the very edge of sanity. It isn’t until the track comes to a screeching confrontation between the drums and the melody that we are at last freed from our prison of sonic suffocation, and the release is comprised of pure ecstasy, to put it mildly.

DMS doesn’t slow the pace any, opening with an almost carnal soundscape that is somewhat new age influenced and in other areas purely steeped in vintage sound. Three quarters of the way through the song which lasts approximately 1.56 minutes max, the ascending wall of sound that threatens us like a fast approaching tidal wave reaches a fever pitch and slams us into infinity one last time before coming to a delicate, somewhat muted conclusion. At this point, even though we’re only a minute into the record, it feels like we’ve travelled a million miles around the globe.

Backwoods fades into existence from the ash and debris left behind from the thunder-lit fire started in DMS, slowly lulling us into an artificially generated sense of calm before ripping the rug out from under us yet again and letting us sink into the magma that lies under us. The heat could be unbearable for some of the more timid listeners that I know, but any music enthusiast who appreciates timing and wickedly crafted tension in their tunes akin to what you could find in a suspenseful movie will absolutely lust for what this song contains.

After listening to Felon, I was left completely speechless by the connectivity of the content I had just consumed. I emphatically recommend music fans of all tastes to give BAD KID! a listen and take a chance on the journey that I had the chance to take. Not only is it worth your money, but it’s more than worth your time.

We managed to catch up with  Dark Matter himself for a quick fire round of questions which were not so dark in matter.. well, it matters to at least have some light balance..

What inspired you to get into music?
I taught myself the guitar and piano when I was around 10 years old. After that I learned the Bass and the Drums, and slowly moved toward production and recording. Music is my life

How would you describe your music?
Direct. Loud. And memorable.

What would you say is your recording and song writing style?
I like to make everything perfect. If I have to record 1 adlib 30 times just to make sure it’s exactly what I want, imma do it. I like composting when I’m writing. I don’t force anything.

Where would you like to see your music career in 5 years time?
I’d like to see myself on that TV screen Yerrrrrr

Where can music fans listen your music?
BAD KID! Is available in all stores and on all streaming platforms. Hit me up on Instagram for a physical CD.

Listen to BAD KID! from Dark Matter by clicking here