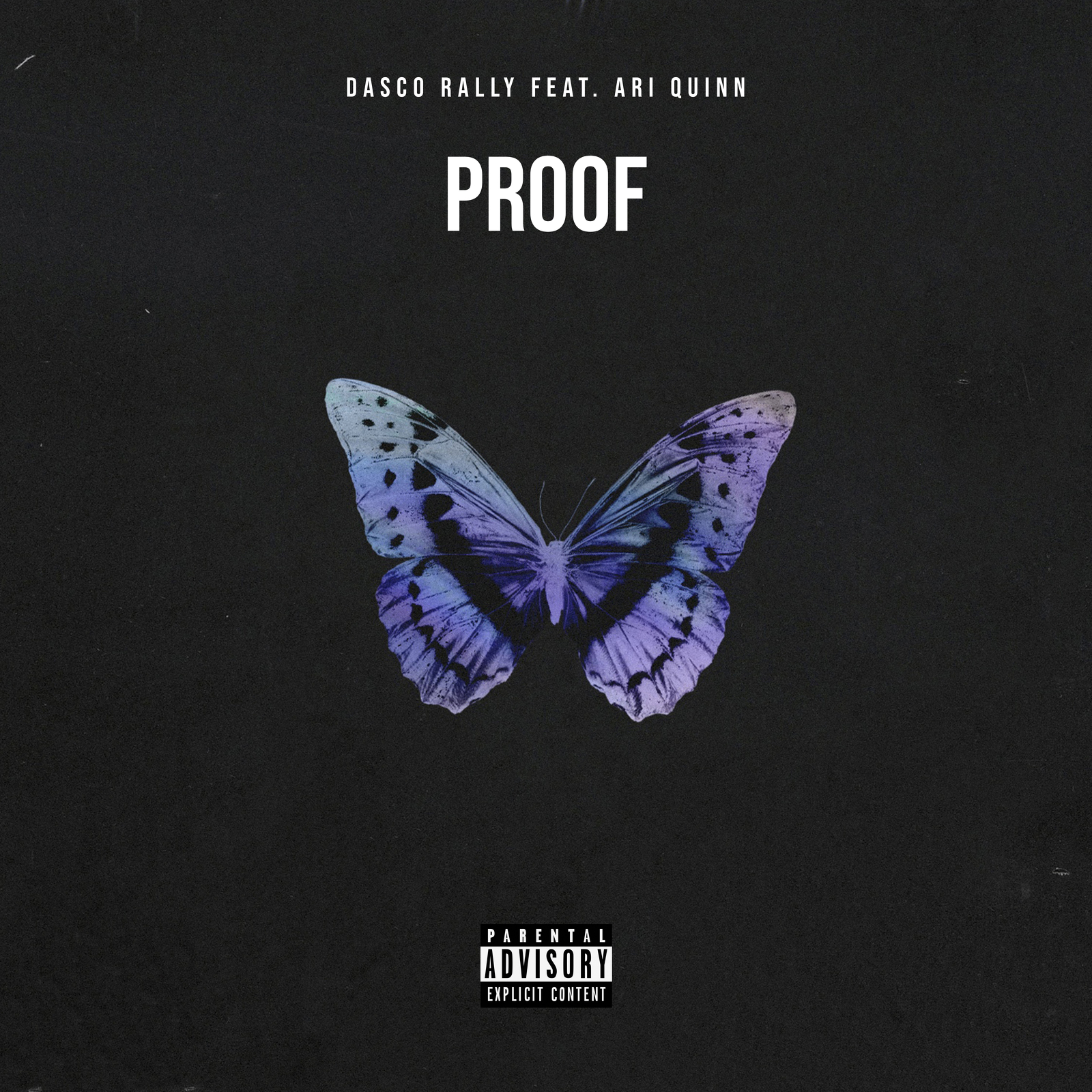 An up and coming artist from North Carolina Dasco Rally is bringing a refreshing spin on today’s Hip-hop.  His new single Proof (feat. Ari Quinn)  focuses more on showing off his smart lyrical prowess.

The structure of this song is pretty experimental from top to bottom, but the melodicism being employed by Dasco has enough of a familiarity to its substance that nothing sounds too left-field for mainstream consumption.

I don’t know whether or not Dasco intended to do so, but in this song, he essentially breaks away from the pack and establishes himself as a hard-hitting rapper who doesn’t accept sonic boundaries as well as the bulk of his rivals do. His rebellious attitude is a nice change of pace from what 2020 has had to offer critics so far, to say the least.

Ari Quinn really seasons this single with a melodic groove that I think makes it so much more appealing to both pop and hip-hop fans than it would have been were her stylish pipes not present in the final cut.

A lot of critics like to make the argument that collaborations are doing more harm than good within the indie rap community both on the east coast and out west, mostly because of the notion that it demands all involved sacrifice a part of their artistry in favor of compromise, but that just can’t be said of “Proof.” Nothing is sacrificed here from either side of the booth, and if anything, Dasco and Ari Quinn bring out the best in each other and make this single a showstopper with incredible crossover potential.

2020 is likely going to be one of the biggest and most successful years for up and coming talent to emerge from the underground ahead of a new decade in music, in both hip-hop as well as a litany of other genres, and while it is the tail end of the year, there’s no debating that “Proof” is  has set the motion in the waves for both Dasco and Ari Quinn alike.

It symbolizes a strain of rappers that aren’t playing by anyone’s rules but their own, and they’re making some really passionate music in the process of waging their war on the status quo. This pair drop one heck of a bomb track in this song, and I’m excited to see them do it again in the future.

We decided to catch up with both for an exclusive interview on Camden Monthly..

What inspired you to get into music?
I lost my mom when I was 12 and moved back to live with my grandma in Garner, North Carolina. Throughout the Entire time music was all I really had to express myself and its been love ever since.

How would you describe your music?
Haha, idk really. I guess if I had to sum it all in one word I would say “Vibe”. Just Listen to one of my songs and you’ll see what I mean.

What would you say is your recording and song writing style?
Depends. sometimes I don’t write anything, I just go with it. But sometimes I write every last bar even down to the chorus. And when it comes to recording I try not to pressure myself. I like the music I make and my hope is that everyone else enjoys it as well and if you don’t no hard feelings.

Where would you like to see your music career in 5 years time?
Definitely would like to work with a lot more artist so Mulatto if you see this I need a feature. I would also like to see how I could use my platform to help out other artist grow in this industry.

Where can music fans listen your music?
Legit every, Spotify, Soundcloud, Apple Music and the list keeps going so Tap In!