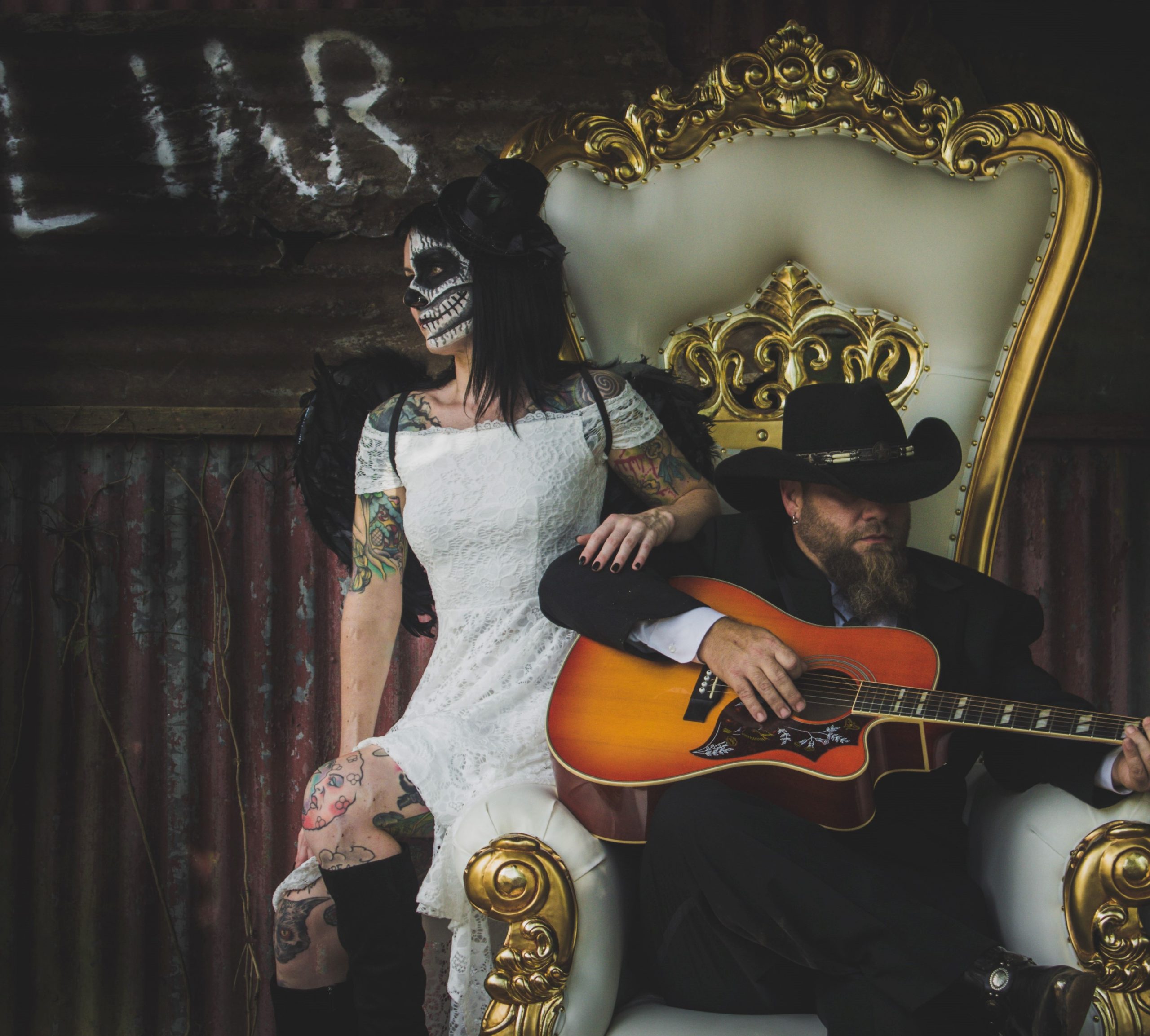 From the ashes of rock and metal, John Ruiz Jr returns to his roots with a pure country soul, sincerity and bite that places him squarely in the outlaw storyteller lane.

In his latest single and music video, titled “Few Good Men,” singer/songwriter John Ruiz Jr continues to impress critics and fans alike with his warm tonality, earnest lyrical style and humble poeticisms – the best of which, I might add, could well be contained within the four and a half minutes this song runs.

John Ruiz Jr’s voice ascends into the heavens with a simple strut, but beyond his black and white delivery, there’s very little in “Few Good Men” that I would describe as being unelaborate in nature. Like a warm ray of sunshine on an otherwise cloudy afternoon, this is one track almost guaranteed to shift your mood towards the positive no matter how many times it’s been played before.

The music video for “Few Good Men” features some rather enigmatic imagery, but aside from its surreal stylization, the video itself is as efficiently structured as its source material is. Everything we see from shot to shot becomes interwoven with the tapestry of John Ruiz Jr’s  lyrical narrative at some point or another, and while it took me a few rounds to appreciate its layered construction, you’d be hard-pressed to find another music video of the indie pop variety this spring that has quite as unique a build as this one does.

I absolutely love the emotional depth created by the harmony between John Ruiz Jr’s vocal and the guitar parts in the track, and whether you’ve been following his career thus far or are just now getting into his music for the very first time, I think it’s clear that there isn’t anything forced in his execution here.

“Few Good Men” is a very relaxed composition in every way that actually counts for something – in rhythm, rhyme and tone, there’s an easygoingness to this song that you don’t hear every day on the FM dial, and that alone makes it quite the pop gem indeed.

This master mix, which is the same whether analyzing the music video or the song on its own, is supremely detailed from top to bottom, but it doesn’t feel overwhelming in the least. I can definitely see where both casual pop fans and more serious audiophiles would enjoy the vivid textural expressiveness of the instrumental components here, and though the video is a very fetching watch, I’m confident that the bulk of audiences who take a peek at John Ruiz Jr’s work will be far more intrigued by his compositional skillset than they are anything comprising his cosmetic appeal (which, to be fair, is admittedly vast all by itself).

Those who have been hoping for some chill-inducing harmonies out of the pop underground this spring are sure to find a homerun of a single/video combo in John Ruiz Jr’s  “Few Good Men,” and at the moment, I would rank this as being the best song this artist has shared with us to date. John Ruiz Jr’s  is developing a marvellous talent for melding the sublimely simple with the decadently melodic in his music, and as long as he continues to bring the passion that he displays in this track to his future recordings, he’s going to find himself a great deal of professional respect in the years to come.

What inspired you to get into music?
My family was big music fans and my father played guitar Grew up loving all genres but with an intense focus on Metal, Blues and Outlaw and Traditional country music

How would you describe your music?
Honest Outlaw Storytelling Country

What would you say is your recording and song writing style?
Story driven songwriting with a recording style very akin to recording for rock records

Where would you like to see your music career in 5 years time?
Focused on writing and leaving songs as my legacy

Where can music fans listen your music?
All digital platforms