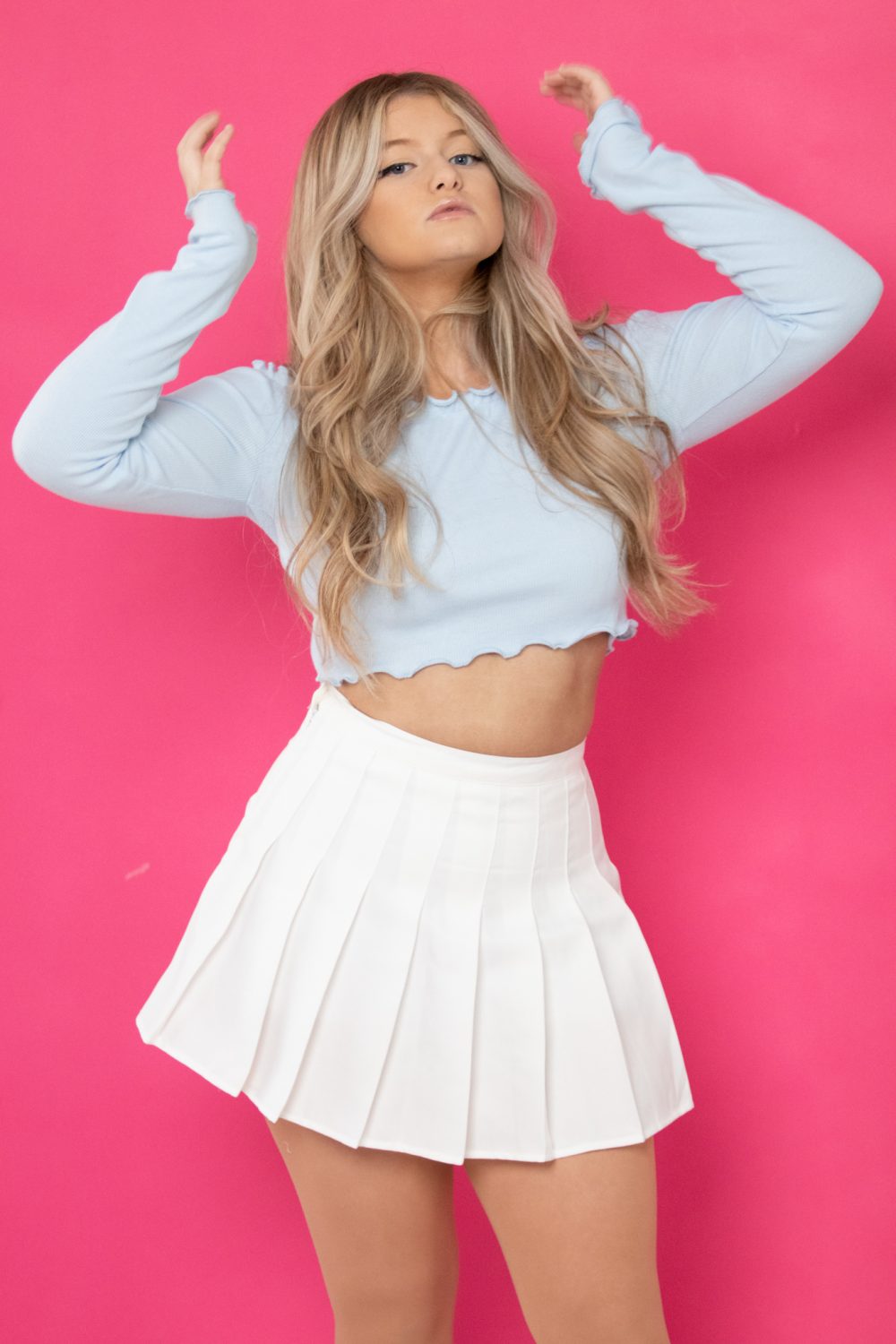 New York-based singer-songwriter imthediana thrives on being innovative and different. Growing up in an Italian American family, she would wake up to songs from Dean Martin, Frank Sinatra, and Dion and the Belmonts. One of her earliest memories is singing ‘Yellow Submarine” by the Beatles with her Dad. This has led her to be influenced today by classic vintage sounds and old Hollywood culture. Her need to express herself through songwriting has been evident since the age of nine after discovering Taylor Swift. Her battle with anxiety and speech challenges began shortly after, causing her to feel like an outcast. Music has been her greatest form of expression through listening and creating. Imthediana strives to share her lifelong fascination with youth and pop culture in everything she does. Artists like Ariana Grande, Lorde, and Madison Beer are just a few artists who inspire her to be herself. Her upcoming release is sure to be laced with dark and dreamy undertones with quirky vocals. Her exuberant and bubbly energy combined with her jaded worldview keeps the listener engaged and curious.

Her single is likely to stand forever as a key turning point in the young singer/songwriter’s life thanks to the resounding way it announces her arrival to the music world. The influence of Ariana Grande and Madison Beer casts a shadow over the work, but it mixes nicely with strains of musical influence she’s gleaned from performers like Lorde.

Her take on this style on her new single “Manifest” is more melodic on the single and even has something of an orchestrated quality, but it bubbles with a modern sheen thanks to its music leanings. Diana is a pop performer with substance who’s worth watching and hearing whenever you can.

She combines traditional sounds with music in dramatic, ear-catching ways. The production style brings the song’s synths and keyboards into total sympathy with the piano playing opening the song and likewise threading its way through the track. It doesn’t seem like it would be that sort of a song, but imthediana’s track establishes a light groove early before the first changes come.

The single “Manifest”  is often has a rousing, intensely emotional bent, and the musical peaks that come along the way are perfectly built up to and integrate the various elements at her disposal in a seamless, highly musical way. imthediana obviously arrived early at a vision for this song – it has an ideal running time and manages to pack a world of musical experiences into its relatively brief duration without ever sounding rushed or cluttered.

We decided to catch up with imthediana for an interview…
What inspired you to get into music?
I’ve always been around music. growing up my dad would blast his classic rock and Doo-wop music in my basement and I would dance to it. on my mom’s side, my grandma, Ursula would always sing and play the guitar, mandolin, accordion, and more because that’s what HER childhood consisted of. so I was constantly learning how to interest people like way she does.

How would you describe your music?
if I was describing my music I would say it is dreamy yet poignant. I like to pour out my emotions but make it sound fun. I like to add fun sounds and unique vocals.

What would you say is your recording and songwriting style?
my recording and writing style is silly as can be. I will say the most outlandish random stuff but then incorporate it into my lyrics. while I’m recording I go from coming in nervous to joking around like a toddler.

Where would you like to see your music career in 5 years time?
5 years from now I would like to see myself living in the L.A. area making music for me and other artists. I want to put out a lot of content making fans happy. Having a large platform where I can express myself and help other people is the goal.

Where can music fans listen to your music?
fans can listen to my music on apple music, Spotify, Amazon music, google play, iheart radio, Deezer, and more!