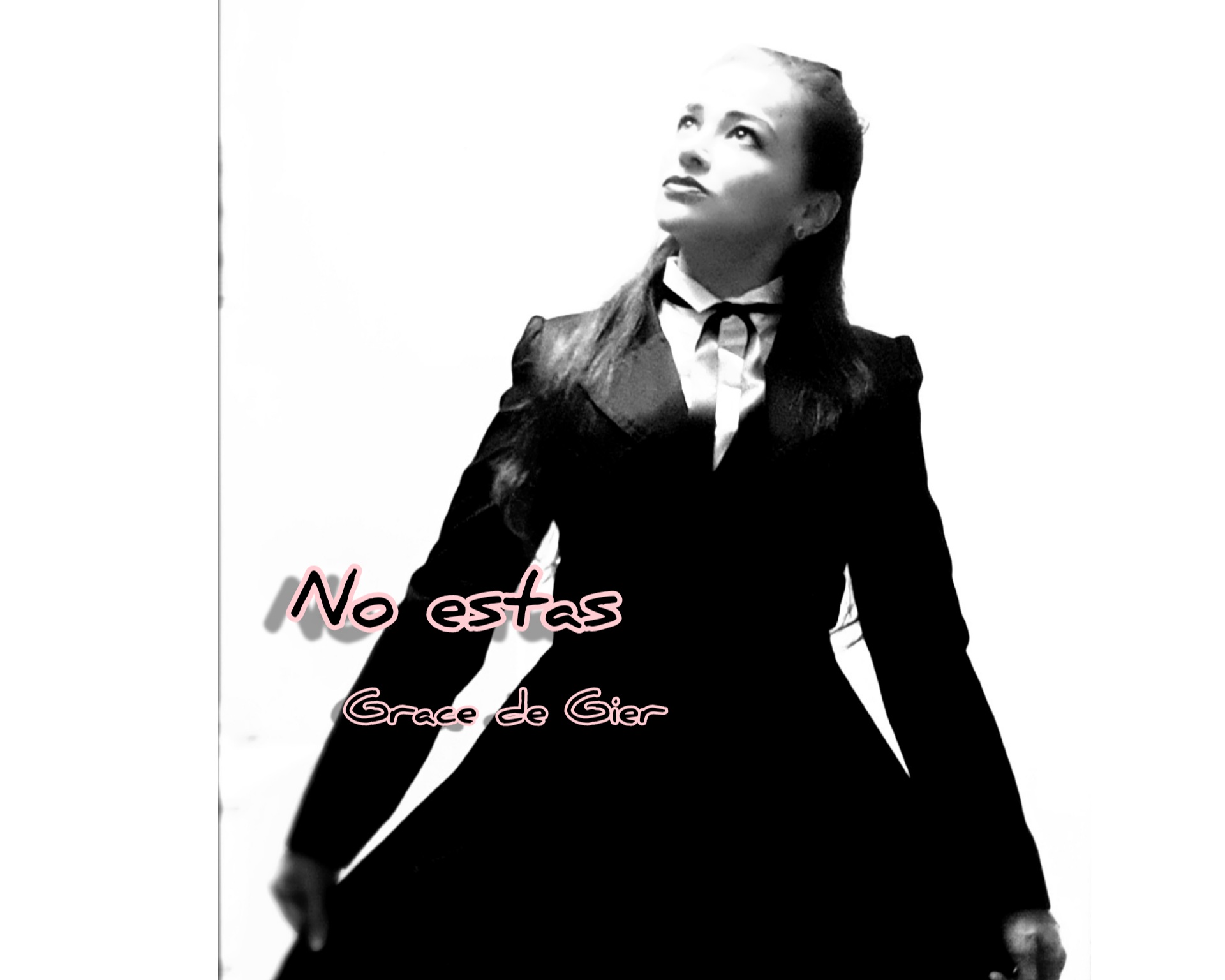 Introducing Grace de Gier originally from Colombia but now based in The Netherlands. She is a singer/ songwriter of Spanish Pop Rock who has a brand new single  “No Estas” which is out now.

This lead off single brings her influences together under one tent, transmuting them through her own experience and talents, and thereby producing a uniquely individualistic yet familiar slice of musical art.

“No Estas”  has commercial appeal, but it’s far from pure pop – there’s a brightly burning rock and roll flame at the core of the track. She’s surrounded herself with a cadre of top-flight accompanists who play to the song rather than attempting to glom off some of  Grace’s moment to shine. Shine she does. “No Estas”   more than adequately conveys the confidence and sensuality behind so much of the tune and stands as a wonderfully complete first expression of identity from a singer, songwriter, and performer we’ll undoubtedly be hearing more from in the years to come.

The song has a hell of a production job setting it apart from the work her contemporaries do. Grace sounds like a throwback of sorts, equal parts pop superstar in the making and backbreaker singer with ample soul to burn, and the way she possesses a song is reminiscent of the greatest singers, male and female alike.

We decided to catch up with Grade de Gier for an exclusive interview on Camden Monthly….

What inspired you to get into music?
I am inspired by many things, I love to write about things that happen in real life, also about my own experiences but also about stories that heard. Music is my passion I love to do what I am doing now

How would you describe your music?
My music has an original sound, it’s primarily Rock but has some interesting mix of many instruments, like an accordion a violin and also with Reggae and electronic influences, also I play with my voice so it gives a special sound

What would you say is your recording and songwriting style?
All my songs are coming from one moment, I mean in a couple of minutes I can imagen the lyrics the music and the style, also with my great team from Colombia  and a great artist as Edgar Grimaldos is also putting some of this magic in my music and also a great producer Yizux Friden is doing a great job

Where would you like to see your music career in 5 years time?
I see myself as I dreamed of being an artist, giving also to other artists the chance to dream and not to be afraid to dare to be a great artist, this was only a dream and now is happening is really happening, also going to many countries on tour together with my wonderful team, Tom Pearce and Frank Lensenlink as my managers. And of course with my husband and family that is all I want to be.