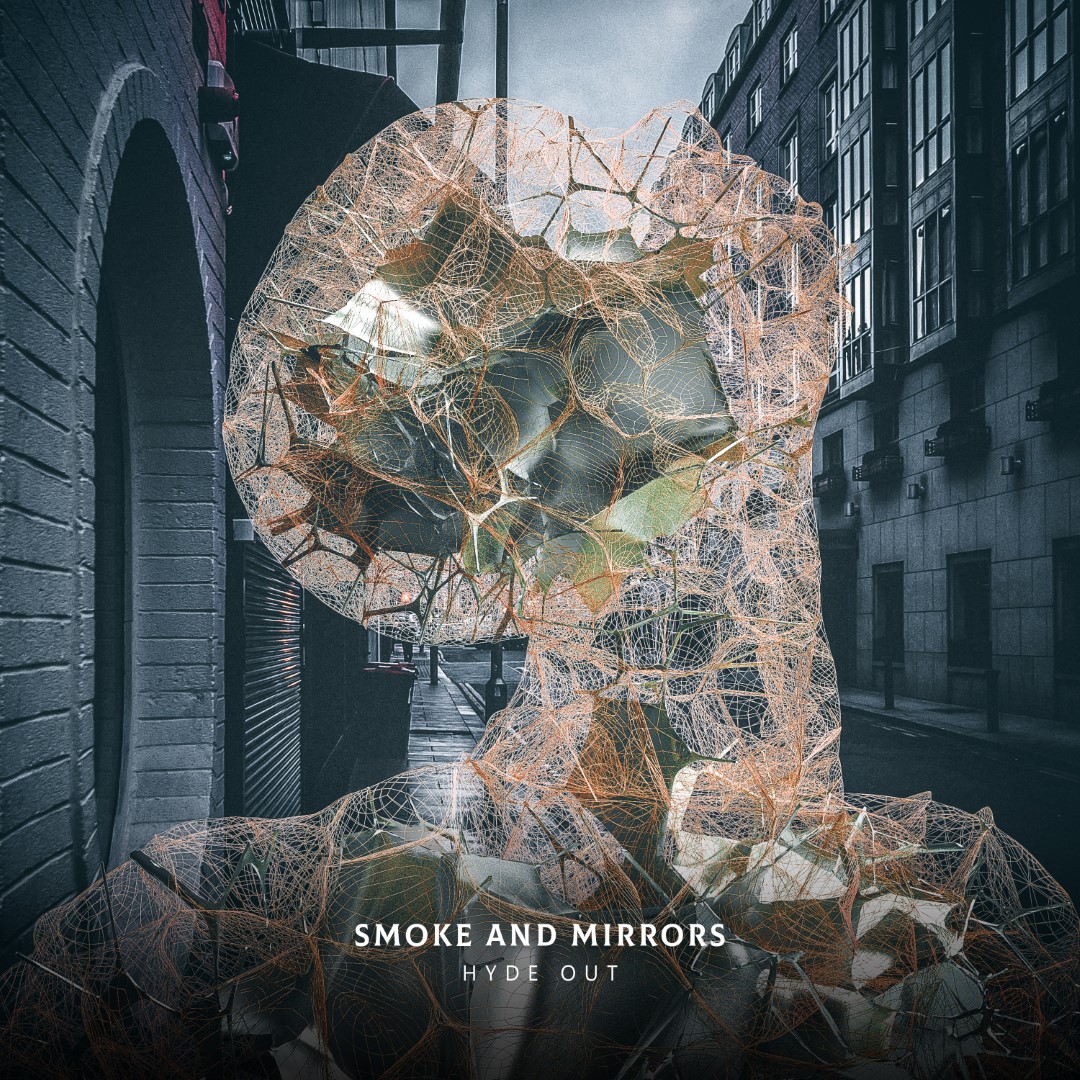 Hyde Out are a duo from London, consisting of Omar Merlo and Jaka Levstek who have been musically collaborating since 2014. Both come from broad creative musical backgrounds. Omar has been the musical lead of several bands throughout Europe and Australia, whereas Jaka honed his musical craft through collaboration with recognised popular and classical musicians throughout Europe. As self-described “non-musicians” they are looking for untested and novel ways to reboot the sounds that defined their own musical origins and redefine them in a contemporary way. In 2018 they recorded their first, self-produced, demo album titled “Technicolour Ghost”, candid exploration of their musical histories. Technical Ghost brought forth a single, “Nights”, which garnered some positive reviews around the world. They ventured forward in the summer of 2020, with a new musical angle. Breaking through the bleakness of the Covid-19 epidemic, they collaborated with Italian musicians to produce an EP titled “Chiaraluna”, which achieved some success in Italy and other parts of the world. That album also marked their first collaboration with producers at Supreme Tracks, and that collaboration then lead to the production of their new studio album “Smoke and Mirrors”, released in November 2020.

Smoke and Mirrors is an eclectic collection of 12 original songs that showcase Hyde Out’s varied influences and creative directions. Individual songs concepts are inspired by selected moments of everyday lives, small realisations and decisions about our relationships with the people and situations that surround us. The album starts with “Alive”, which sets the mood with its distinctive guitar-intro that develops into a hymn of defiance against resignation and apathy.

“Alive” is not what you think it is. It’s better. The music bed is haunting as if to create a narrative of rising from the darkness. Light and success are attainable, the listener feels as if they were racing and chasing down the dream. The tone is heavy, but not oppressive. The music hovers, with crisp movement, gravitating towards the vocals and bass. A presumed organ electrifies, shifting some of the focus to its slightly macabre sonic push.  We decided to catch up with Hyde Out for an interview..

What inspired you to get into music?
We’ve made music since we were young. We started in high school, playing the local small venues and school parties. Music was at the centre of friendships and escapism. Then there were a few years when things just stopped musically for us. We rediscovered it again more recently when we started Hyde Out. This has been a lot of fun, and that’s what got us into music in the first place: having a great time through creative expression.

How would you describe your music?
Our music is heavily inspired by the stuff we grew up with, going all the way back to the 80s and 90s. But our tastes are quite varied and we have always liked a wide range of music. We think that this diversity has influenced our music and our approach to song-writing. While our album Smoke and Mirrors is probably mostly an indie pop rock project, in it you’ll also find all sorts of stuff, ranging from alt-country-rock to pop-folk, and from pro-rock to synth-pop. We enjoy a challenge and really cherish the process of going from idea to execution. It’s all about having fun in the end.

What would you say is your recording and songwriting style?
We play and record what we love. It’s a passion we share and so we aim to create music together that moves us somehow. All our songs are able move us in a way or another, they make us feel something. Sometimes it can be silly. Hopefully some of it will also transpire for others who hear our music.

Where would you like to see your music career in 5 years’ time?
Continuing doing what we do. Write and record music that we love. Perhaps explore a few more uncharted ground and experiment with new genres and collaborations.

We are on all the main streaming services. Just go here for all the links: https://distrokid.com/hyperfollow/hydeout/smoke-and-mirrors