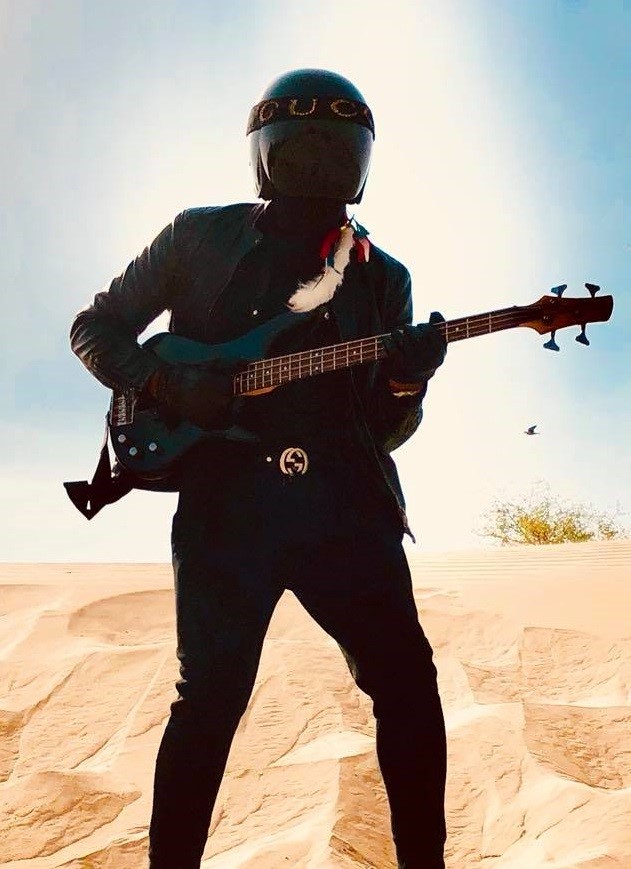 Impostor is a DIY / home studio cyberfunk artist who combines elements of electronic music with funk, disco, hip-hop and synth-pop influences. Impostor is an alter ego. The artist has chosen anonymity to keep the attention focused on the music.  In December 2016, Impostor self-released the debut album ‘Storytelling’ on Way Past Cool Records. This album was a proof of concept project to see if an album could be released from end to end without using the conventional industry process (i.e. the album was recorded produced and mastered entirely on iPad/ Mac Air). This was swiftly followed by the EP release of ‘Wake-Up America’ in 2017 which was released in response to socio-political turmoil of recent times. Impostor has since self- released 2 more albums (‘Imagine’ – 2018, ‘Road To Damascus’ – 2019) continuing the unconventional mode of recording. These three albums form a musical trilogy charting the journey to spiritual enlightenment.  The song Everlasting ( Love that’s never over) is an amazing single which has now been released on Soundcloud. In times of uncertainty, self isolation and staying inside, we sometimes just need a good old bop to cheer us up. This single is upbeat, sparkly electro pop we only ever get from the Scandinavian countries. Should we be surprised that Imposter has delivered such a flawless slice of pop? Not really, because he has done so on multiple occasions before 2020.

So what makes ‘Everlasting ( Love that’s never over) ’ basically the perfect pop song? (not that anyone would still be asking this question after listening, but I’ll still answer anyway). This is one of those tracks that rushes by in full force, making you want to hit that replay button over and over. Impostor is currently recording the 4th album, ‘The Love Above’.

The Love Above – Impostor’s 4th Album – Now Out! Available on iTunes, Apple Music and Spotify.