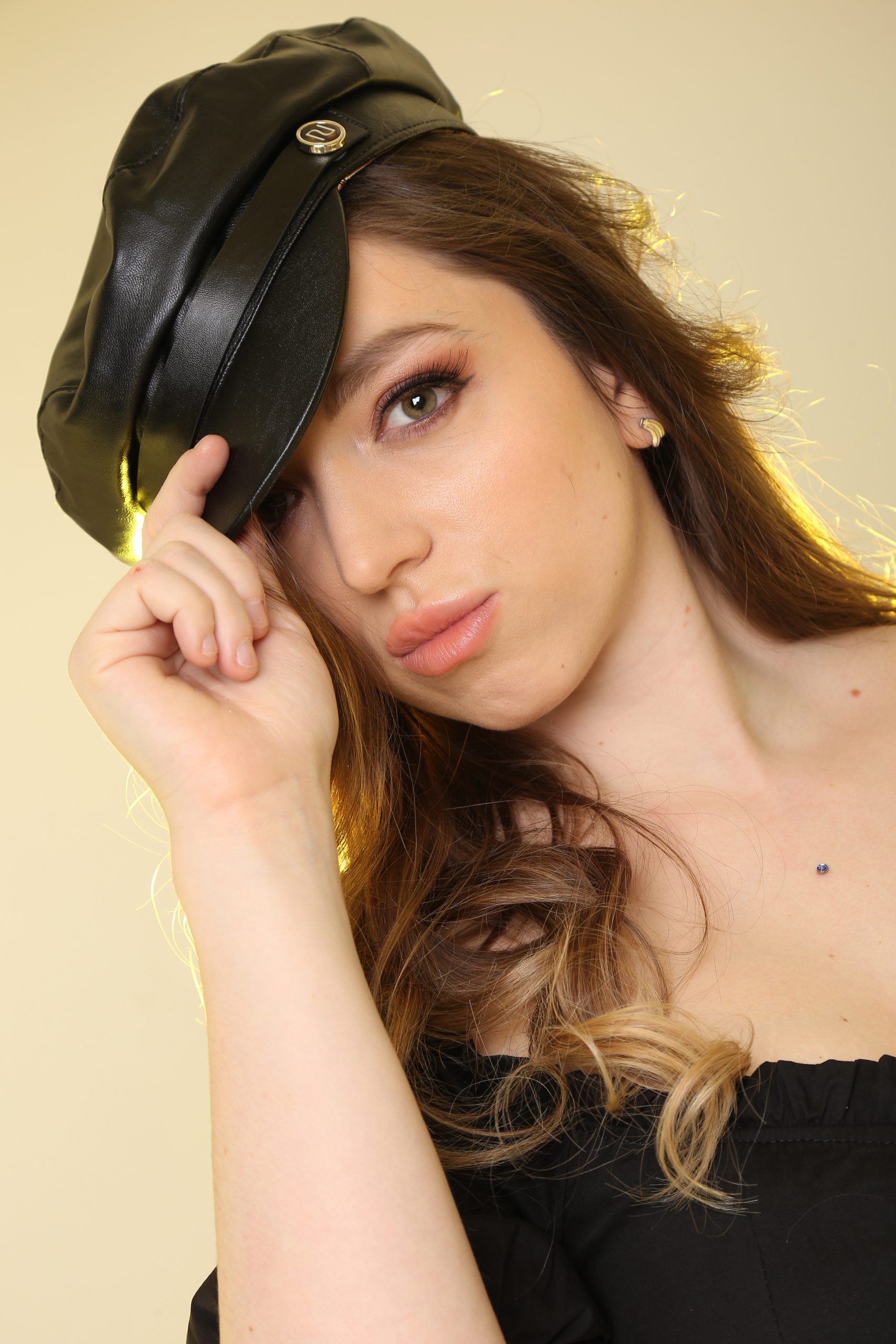 Ferocious and ever-evolving, London King stepped on stage at the early age of 4, and never stopped since. Her interest for the arts and thirst for performing is what drove her to get into acting and musical theatre at a very young age. After experimenting with acting and the stage in general, at age 11, King went fully into singing and songwriting, forming her very first band. She has been a Queen and David Bowie stan since age 10, and cites them as her major inspirations, both when writing and performing. King always felt like a misfit, a misunderstood, a rebel, hence why she started writing and singing about her personal issues and youth troubles in general, in hope to uplift the youth, the misunderstood and the undeserved. At age 18, after completing her studies, she moved to the UK and pursued a solo career, working on three major EPs, the first one with awarded musician James Colah, the second and third one with award winning producer Aubrey Whitfield, which were critically acclaimed and heavily played on indie radio stations across the globe. In 2019, after meeting Jessica Rush, a famous drummer, on a music site, she along with Ruby Ramsey and Amy Kitten, founded the punk-rock band ‘Bite Me’, and are touring England since September 2019. King is currently working on her debut album, a novel and releasing the first single with Bite Me, named ‘Deviant’, a song London wrote following an unpleasant exchange with one of her uncles, when coming out as a bisexual. We decided to catch up with the lady known as London King for an interview.

What inspired you to get into music?
For me, it was watching videos of my favourite artists on tv, such as Freddie Mercury, Madonna, David Bowie, Prince. Also, various events that happened to me, in my life, as a child and teen. I have always found music to be my true language.

How would you describe your music?
My music is quite experimental. I can tell you there are items of rock and pop, 80’s synth even. But truly, it is me experimenting with genres, and pushing the boundaries.

What would you say is your recording and song writing style?
I like to make it perfect, when I record a song. If I have to do something thirty times, I do it, as long as the end result is what I am after. In terms of songwriting, I need to be inspired. Sometimes it’s just a memory, sometimes I am walking outdoors, and I see something that inspires me, and there, the songs comes to life. It’s all very quick.

Where would you like to see your music career in 5 years time?
I’d like to expand my fanbase, perhaps tour outside of the UK. I’d love to play in Ireland, New Zealand, Tokyo.

Where can music fans listen your music?
Basically everywhere on digital stores. iTunes, Spotify, Pandora for my US fans, and even iHeart Radio.

Links to my music : https://songwhip.com/london-king/solaris-2020