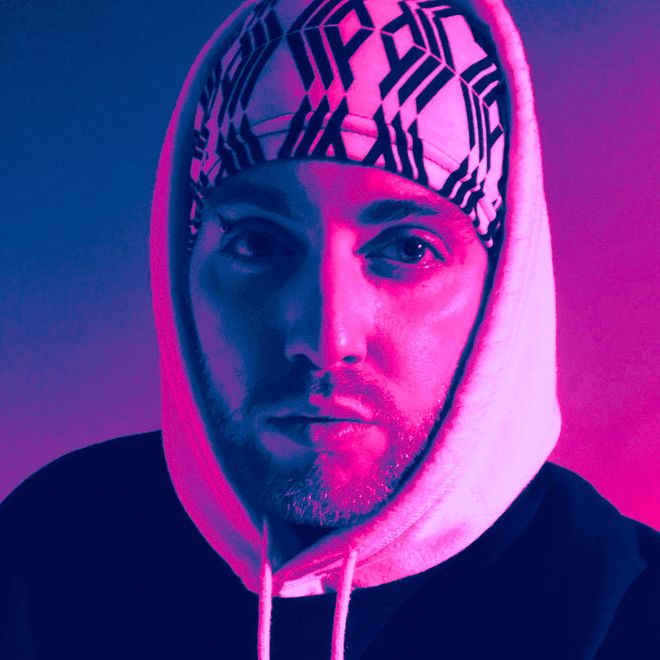 Krafty is a British rapper and producer based in the South East of England.  Having spent his teenage years studying the likes of Big L, Eminem and Redman, Krafty has developed his own distinct style combining cheeky punchlines and melodic choruses over dope Hip-Hop beats.  I had a chance to listen to his latest two releases starting with ‘Bread Crumbs’. The title song starts things off and  Krafty has an amazing ability quickly to capture the listener’s attention. There’s a strong HipHop edge to the song, but a close listen to the track is a fascinating study on the captivating mindset and world of Krafty.

Run Along swirls with even more pronounced dramatics than  Bread Crumbs.  We are swept up from the first seconds on. The beat and mastering are perfect and the lyrics seat well and connect perfectly with the hook. Run Along is an excellent building block for  Krafty’s music career from this point forward, but it’s also a substantive release that stands on its own merits as compelling HipHop songcraft. His abilities outstrip those of your typical rapper because of his clear-eyed understanding of how this sort of material works best.

What inspired you to get into music?
My dad got me into poetry when I was younger. So when I got into listening to hiphop, it was really easy to transition over. I grew up in a household where music was always playing so I had all sorts of influence from disco to soul, to pop, and eventually rap music.

How would you describe your music?
It depends on which album you get, to be honest. Lately, I’ve experimented more with pop and trap elements. Whereas my other albums are closer to a harder, traditional hiphop sound. I’m producing every song myself too. In the last couple of years, I really got into listening to Jon Bellion and Mac Miller, so they’ve definitely ended up influencing some production changes.

What would you say is your recording and songwriting style?
For me, it varies on my mood. I have some really energetic and, sometimes, angry tracks where I’m just getting it off my chest. And then other tracks are really laid back and chill to the point where I sometimes question if I’ve recorded the best vocal take. Could I make it more precise? Does a chilled, jazzy, pop track NEED to be so precise? Does mood matter more than precision? You can go nuts thinking about little details like that. I used to pride myself on my recordings being air-tight. I studied Redman for his vocal delivery, perfect every time. So I always wanted the best vocals I could record. But then a few years ago, it clicked. Music is about feeling and mood. If you’re precise to the point that you take the feeling out of it, the listener won’t connect to it.

Where would you like to see your music career in 5 years’ time?
In 5 years time, I’ll be 36. If I haven’t scored a movie soundtrack or produced a hit for a game, then I’ve failed. Those are on my little bucket list. However, the dream is just to be self-employed – to spend each day doing what I love. Music. So if that means operating from the shadows and not the limelight, that’s fine by me too.

Where can music fans listen to your music?
I’m on all the major streaming platforms (some of the minor ones too!) but you can keep up to date with me on krafty.com or monumentalrecords.co.uk