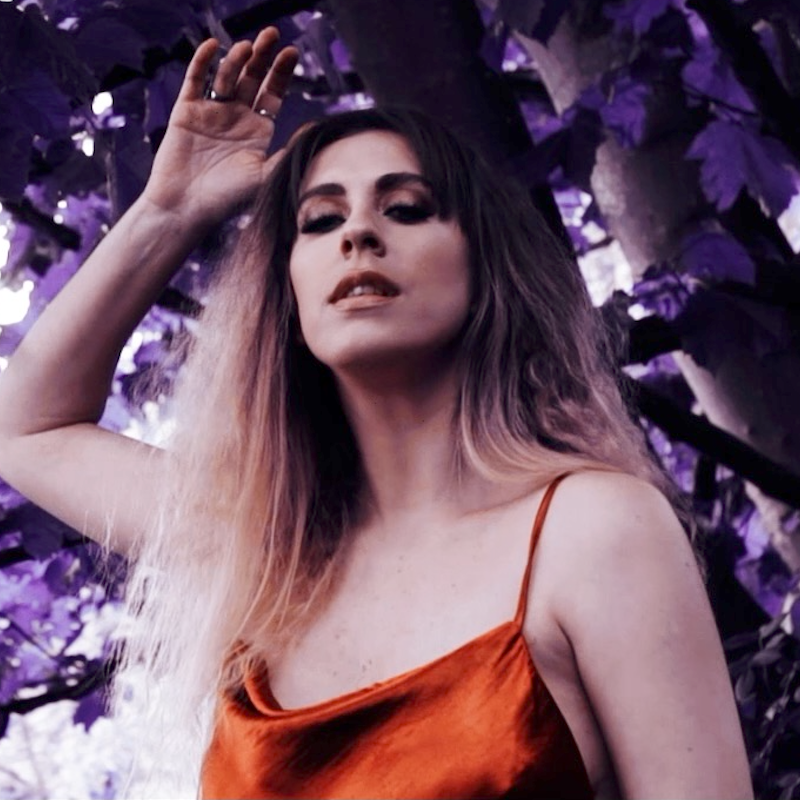 Introducing Katherine Aly  a singer/songwriter with a strong track record of musical and artistic collaborations. Despite only having released three singles to date, she’s beginning to create a genuine buzz as an artist who is certainly ‘one to watch’ especially for 2020.

From the neoclassical ‘The Skin I’m Made Of,’ followed by ‘Sunny Days,’ (with the music video premiered on The Scotsman) and her latest release (April 2020), the dark-pop track ‘Misty Me,’ landing her a spotlight feature via The Unsigned Guide it seems there is no stopping this future superstar.

Demonstrating her genre-defying output, the prolific artist’s next single is an electronica / synth-pop gem titled ‘God Breed’ which is due to be out on Friday, the 10 July 2020. ‘God Breed’ really sees Katherine come to her own with amazing vocals complimented by great songwriting. The track is certainly one for the books especially when it comes to the tightly woven production. Aly has managed to create a nest in music that cannot be categorised, so if you are looking to put her in a box, you will be disappointed. However, if you are a big fan of good music which has no boundaries but made with all the intentions of being a classic then Katherine Aly’s ‘God Breed’ is a great start to get you on the journey to music happiness. In the lead up to the release of ‘God Breed’ next month, we decided to catch up with Katherine Aly for an interview to get a brief on the individual behind the music.

What inspired you to get into music?
I’ve been writing music since I can remember, when I saw an artist I loved I’d dream of doing the same thing… music feels like a calling to me, it’s been like that from a very young age; it’s what I came in this world to do!

How would you describe your music?
Genre-defying soundscapes

What would you say is your recording and song writing style?
I usually come up with a vocal melody first that I then envision in a certain music frame, usually based on what I’m listening to on repeat at that period of time and of course my old time classic influences. Then I work on the lyrics, which are usually taken from my notebook of ideas and poems I write down when inspiration kicks in. I might create rough demos before taking my songs to the studio for recording but sometimes I just go there with a simple acoustic version in hand and a lot of ideas to build up on with my producer. It’s a process with endless possibilities and outcomes and I love that; it makes me feel completely free creatively.

Where would you like to see your music career in 5 years time?
Hopefully on the road doing as many live shows as possible with my band a very good 5-year plan for what will come after that!

Where can music fans listen your music?
Spotify Apple , and Instagram