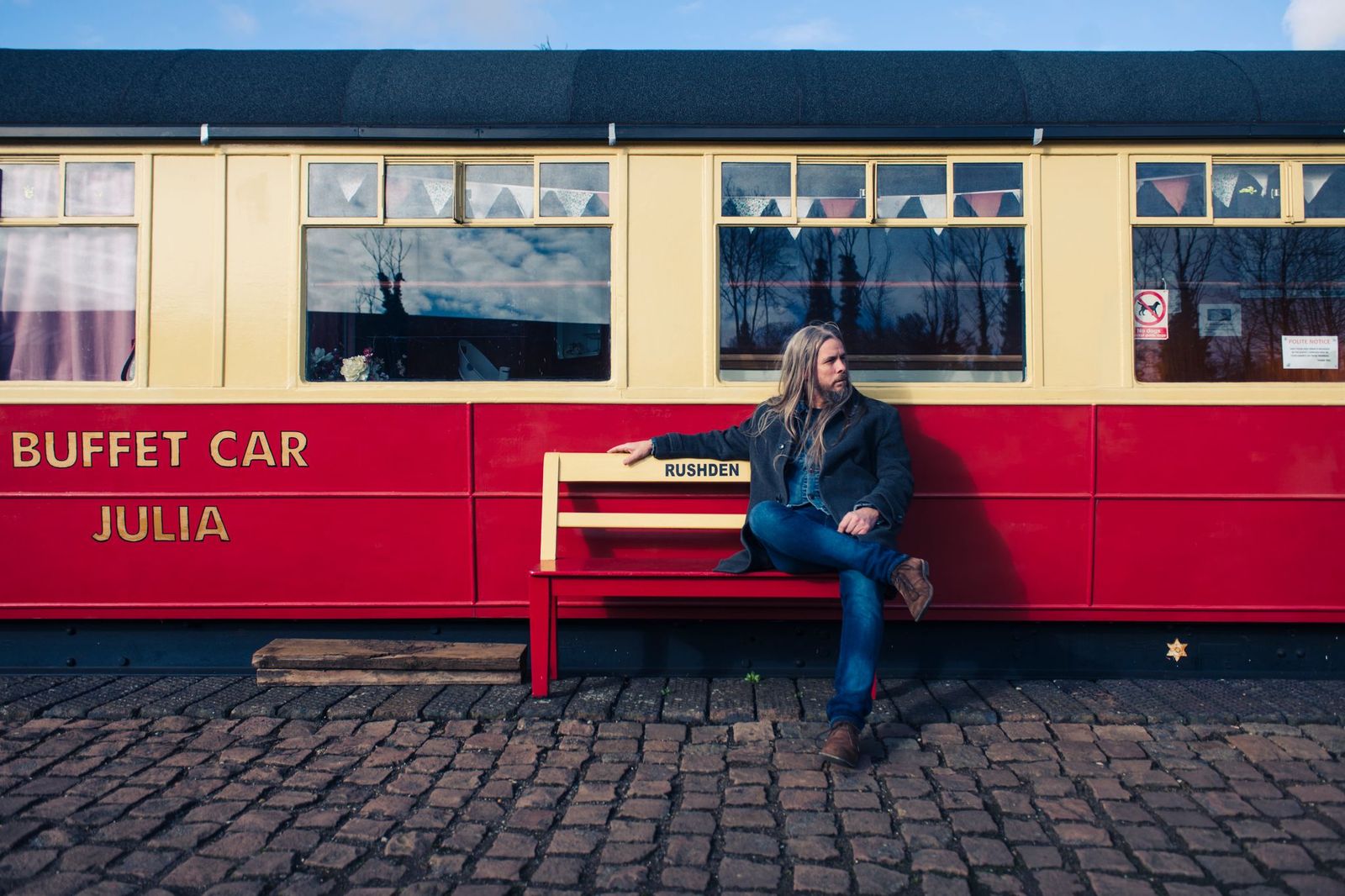 Kenneth J Nash has never done things the easy way, but his courage to confront the darker moments of his past has led him to spending his years on the music scene carving out a thriving repertoire of haunting music that stirs the heart and spears the soul.

With a knack for blending his smooth, emotive voice with a lyrical prowess heavily influenced by his time spent on the road as a musician and DJ, his music resonates as a poignant story of a man who’s been to hell and back more times than he can remember, but has come out the other side stronger.Drawing on his influences (Damien Rice, Gregory Alan Isokov, Leonard Cohen, Townes Van Zandt, Ian Cruickshank, Glen Hansard, Willie Nelson, Lou Reed & Nick Cave), his deftly dramatic songs of love, loss, regret and renewal, bring this artist’s dark journey to light vividly to life.

He has written and released nine LPs under his own name, In the company of ghosts, Under a gypsy moon, We all belong, The brewer & the dealer, The fall of Eden, Luna, Room 7, For Sarah and The Explorer, several EP and Single releases.

Recent highlight live shows of his career include playing the 2015 Isle of Wight Festival on the same bill as Fleetwood Mac, Blur, Prodigy, Counting Crows, Pharrell Williams, Imelda May, First Aid Kit and The Charlatans. In 2016 he was selected to appear at Seth Lakeman’s televised Hootenanny party. In 2018 he was selected to play HowTheLightGetsIn – the worlds largest philosophy festival on the same bill as Donovan, Anna Calvi, British Sea Power and Noam Chomsky. He has provided support for artists such as Eliza Carthy, Neville Staple, Kings of the South Seas, Mark Morriss, The Wonderstuff, Dodgy, Mark Geary, Suzanne Vega, Seth Lakeman, Bob Collum & The Welfare Mothers, Tankus The Henge, Mad Dog Mcrea and Hannah Aldridge.  Spending a lot of time in the industry he has worked with Martin Simpson, Turin Brakes, Blue Rose Code, David Ford and members of Fairport Convention.

His songs have received national UK radio play with regular airtime in California USA, been featured in an independent Hollywood Movie (The Whyte Album), featured on a National TV show on The Discovery Channel and Brazilian TV, appeared in the press in Europe, North America and The Middle East, and released on popular podcasts worldwide,

Independent Music News picked him as one of their ‘artists to watch in 2013’,  Folk Radio UK nominated him artist of the month, his album ‘The fall of Eden’ album of the month and his song ‘Slow burn’  song of the day in January 2015. Folkwords nominated his LP ‘the fall of Eden’ as ‘Best LP from a male folk artist’ for 2015, Spotify choose two of his songs to appear on their new release radar in June 2019, and went on to chart him at number 7 in their singer songwriter chart for his song ‘The Explorer’ (just behind Ed Sheeran and Lewis Capaldi), Shoetown Sounds and New Boots gave his song ‘The Explorer’  runner up in their respective song of the year awards for 2019 and he continues to receive accolades for both his live and recorded works.

Kenneth J Nash’s new album entitled ‘For Sarah’ is literally a work of art and dedication mixed into one. This album has been three years in the making. He initially started with a couple of songs written about his honeymoon in Snowdonia when tragedy struck. He decided that my next album would be a tribute to his wife and be the memories of their good times to help her with the loss and grief.  He started writing the songs that made up the rest of the album and recorded some of the basic tracks both at his home studio and while tucked away in a remote log cabin in Lake Vyrnwy.  The song “Lady”  is written about his love for his wife and how he feels when he thinks about her.  The production is amazing, from the added Trumpet fanfare  which was all the idea of Stephen Price to the melodic flow of the lyrics. This is certainly a classic.  “Lady”  often has a rousing, intensely emotional bent and the musical peaks that come along the way are perfectly built up to and integrate the various elements at her disposal in a seamless, highly musical way. Keneth obviously arrived early at a vision for this song – it has an ideal running time and manages to pack a world of musical experiences into its relatively brief duration without ever sounding rushed or cluttered.

His vocals are adept for facing down any challenge that comes along. He really makes great drama out of the song’s lightly ironic twist and brings an appealing combination of grit and melodicism to play delivering the song’s lyrics. Much like the arrangement, Keneth’s lyrics never waste a word or any of the listener’s time and hit upon an accessible, conversational tone without ever dumbing down the adult subject matter. Another track that stood out from the album was “She’s the One”  featuring Veronika Rauchfussova on Violins
Emily Fedorowycz on backing vocals and Nye Parsons on Double Bass. The possible breadth of this song’s appeal is immense. Listeners old and young alike will find some basis to relate to Keneth’s lyrics or else understand the enormity of the experience. One does not write songs about buying groceries – these are works of art in miniature and aim to depict impactful events and feelings in our lives.

The album “For Sarah” is out now and for more information visit : www.kennethjnash.com