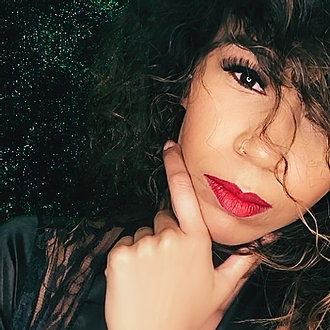 The Bronx, NY’s Natalis is no stranger to the musical world. The crafty and versatile singer has appeared on albums with J. Cole, Kanye West and a slew of other industry heavyweights over the years is a 2-time Grammy nominee, and has multi-platinum status. She has built an insatiable name for herself and continues to thrive in the game with her hypnotic vocals and multifaceted image; raising the bar with every project she gives herself to. But on top of everything she has appeared on with other prominent artists, Natalis herself also has her own solo releases that truly give every listener a full visceral listening experience, allowing the world of music to get to know her much more exclusively. One of those releases is her most current album ‘Good Fridays’, a Christian, high-spirited record with a brilliantly crafted R&B signature sound with a futuristically modern approach.

Released last month on April 2nd, ‘Good Fridays’ is a 7-song record that shines a spotlight on faith and spirituality in a way that truly encompasses the concept of a higher power and love for the Lord as something greater than ourselves. Produced by Mr. Foster and Davis Chris, the album’s opening track and first anchor single is “Sin Duda”, a hypnotically ambient track that plays out kind of like a dream sequence.

This anthemic and atmospheric song really showcases Natalis’ visceral vocals and parallels the lyrical concept beautifully with the diligently-placed harmonies and spiritually crafty melodies. The song structure has a very modern aura with tastefully blended layers, ambient swells, and brilliant touches of atmosphere; delivering a powerful track that captures the true essence of spirituality. The second single is “But God”, a much more rhythmic track with a dynamic beat structure that tastefully blends a classic R&B approach with textures of electronic and EDM sensibilities.

Once again, we have another beautifully performed track with several crucial vocal harmonies and key melodies that really showcase Natalis’ range. It’s definitely a single that’ll entice any listener to dive deeper into her discography and definitely sets the tone for the rest of what this album offers. Her breed of R&B is very next-level and both of these tracks are direct evidence.

Both singles, as well as the rest of the ‘Good Fridays’ album, are available now on Spotify, Apple Music, iTunes, and several other digital music streaming platforms. Natalis is definitely not a singer to sleep on by any means and you’ll be more than happy you gave her a listen. It may be your first, but definitely won’t be your last.

Check out the story behind the single, “But God” on YouTube

Listen to “But God” on Spotify

Listen to “Sin Duda” on Spotify