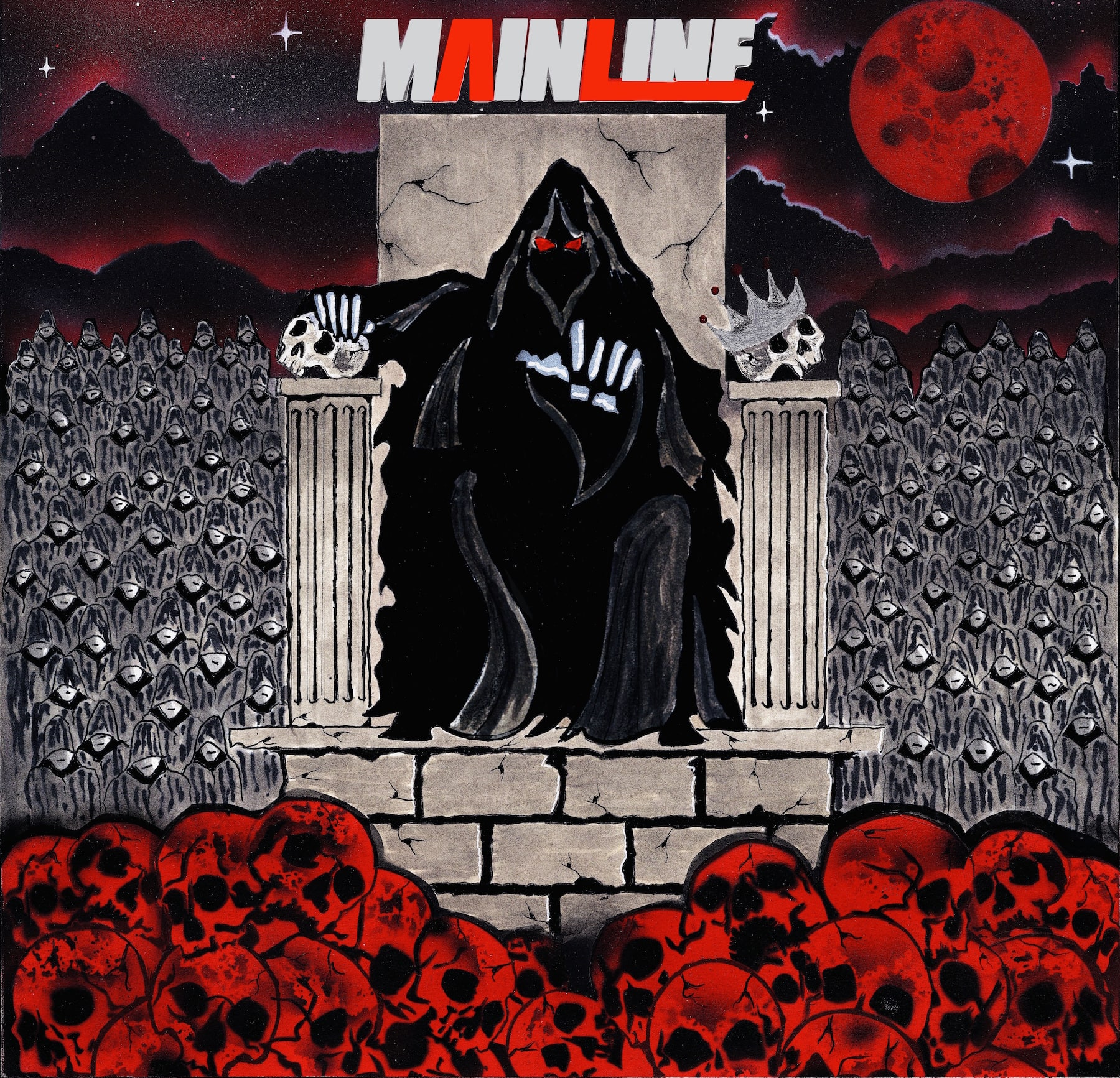 Yorktown, New York’s unholiest prodigal sons, Mainline, released their hard rock debut album, The Unholy Idol, on October 1st, 2021. With their drive to deliver high-energy anthems that resonate on a deep level, their rise from the underground is imminent. After taking influence from Iron Maiden, KISS, Metallica, Ozzy Osbourne, Thin Lizzy and Black Sabbath and finding time to find their own signature sound, Mainline’s furore appeals to classic rock fans and contemporary alt-rock fans alike. Their barbarously thrashy instrumentals are made instantly accessible through the elevated wicked persona of lead vocalist, Johnny Iodice.

The Unholy Idol album was recorded at Frightbox Recording Studio in Clifton, NJ, mixed
and mastered by Bobby Torres and engineered by Bobby Torres, Brianna Testa, and Ben
Karas. Mainline said: “We cross contemporary with classic rock in a unique way; we have the aesthetic of a modern rock band, but our sound is rooted in rock history and reminiscent of the classic bands that everyone loves. It is all just part of who we are as rock fans and what we would
want to see and hear from other rock artists in this era.”

Amelia Vandergast at A&R Factory said: “Classic Rock revivals are often hit or miss, but right from the outset of their career, Mainline have proven that they are right on the money with their high-octane anthems that are littered with searingly hot solos and enlivening vocals. We were psyched from the first hit.