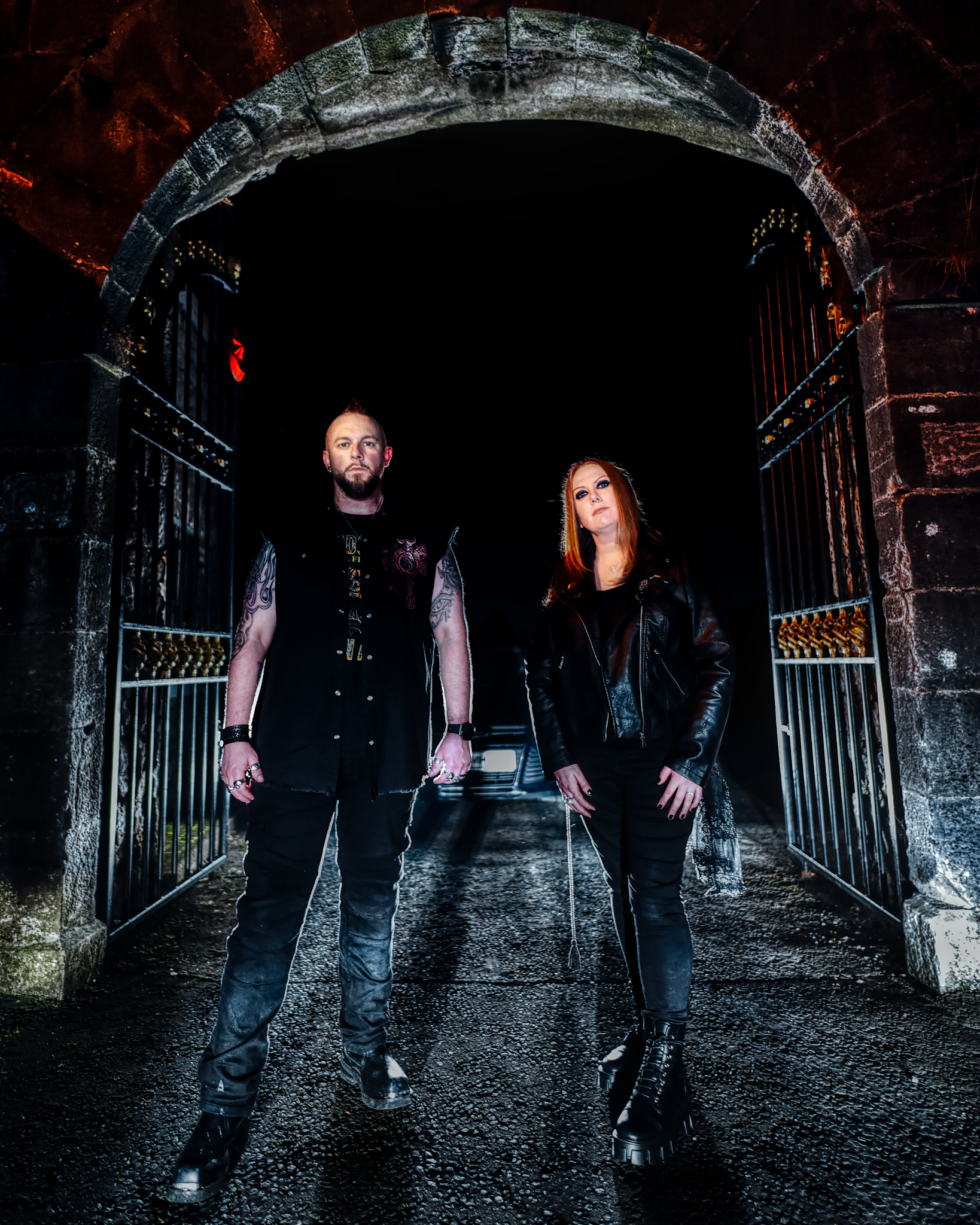 The band name is Shock Sorrow who hail from the medieval town of Drogheda, Co. Louth Ireland and the new ep is entitled The Heart Bleeds and was released on Oct 31st, 2021 with tracks such as  Lament,  Forever, Die For You, Odin, and  Raven. It was important that we tracked them down for an exclusive interview as this project is deeper than most in more ways than one.

How would you describe your music?
Haunting alternative acoustic, both members are Rock and Metal fans so you can also hear that influence in the music.Think of Alice in Chains MTV unplugged.

What would you say is your recording and songwriting style?
Organic, we build the songs from basic acoustic guitar and singing, then grow the song from there adding in all of the other elements. Steff records, mixes and produces. Keith Co-produces. The mastering was done by Siegfried Meier Ontario, Canada.

Where would you like to see your music career in 5 years time?
Our aim is to release a new EP every year and tour. The days of recording a full length album and releasing no music for 3 to 4 years are gone.

Where can music fans listen to your music?
You can buy direct from the band’s website https://shocksorrow.bigcartel.com/
Or you can stream on all major platforms Spotify, Apple music etc.

In your own words can you tell us how important this project is?

I lost the love of my life Aoife Kearney on the 23rd of August 2020 in a tragic accident. Aoife was only 32 years of age when she died. She was a clinical nurse specialist in palliative care and worked for St. Francis Hospice, she loved her job and was amazing at it. She was the most loving, caring, kind person you could ever meet and my best friend.

The word soulmate gets overused but anyone that knew me and Aoife knew how perfect we were together and how much we loved each other, Aoife was my world.We met at a metal nightclub called “Club Poison” on the 11th of October 2012, got engaged in Las Vegas in 2015 and bought a house together here in Drogheda soon after. We loved to travel, Hellfest in France was the highlight of our year. We were trying to get all of the traveling/fun out of our systems as the next step for us was marriage and kids. Unfortunately we didn’t get to live out that dream.

So you wake up one Sunday morning and just like that your world comes crashing down like the Hindenburg and the life you knew is in flames around you. I can’t put the next steps into words as for the most part you are dragged along for the ride. The shock and tragedy of it all is just too much to take. All of this is then multiplied by the fact that you’re in extreme lock down, you are left with nothing.

The gigs, the gym, the drinks with friends, the travel, the companionship all locked down.

I would still consider myself lucky, as I had the amazing support of my family and friends during the darkest of times. I’m not sure how I would have coped without them.

So I turned to the other love in my life, Music. I began writing what I was feeling and what I was going through. I always felt music could express how you were feeling, when words had failed you. This then led to a reunion with one of my best friends Stephanie Caffrey. We formed a band together back in 2010 called “Shock Sorrow”.

Fast forward to late 2020 and “Shock Sorrow” is slowly beginning to reform. It started out with us just working on the songs and messing around with them and it developed from there into a full Ep and the band reforming. Could you honestly think of a more apt name for a band considering what I had been through?

I found it really helpful to have this project, It gave me something positive to work on and achieve.

The physical launch of the Ep took place in McHughs Drogheda on Saturday October 23rd. The Ep was recorded, produced and mixed by Steff and was mastered by Siegfried Meier at his Beach Road Studios in Ontario, Canada. All band photography was taken by Drogheda’s adopted son Marcin Wilczynski of Marcin W Photography and all Artwork and design was created by the super talented Kelvin Doran of Serpent Tusk Studios.

“The Heart Bleeds” launched worldwide on all platforms on October 31st. It is a time capsule of the toughest year of my life and my tribute to Aoife.