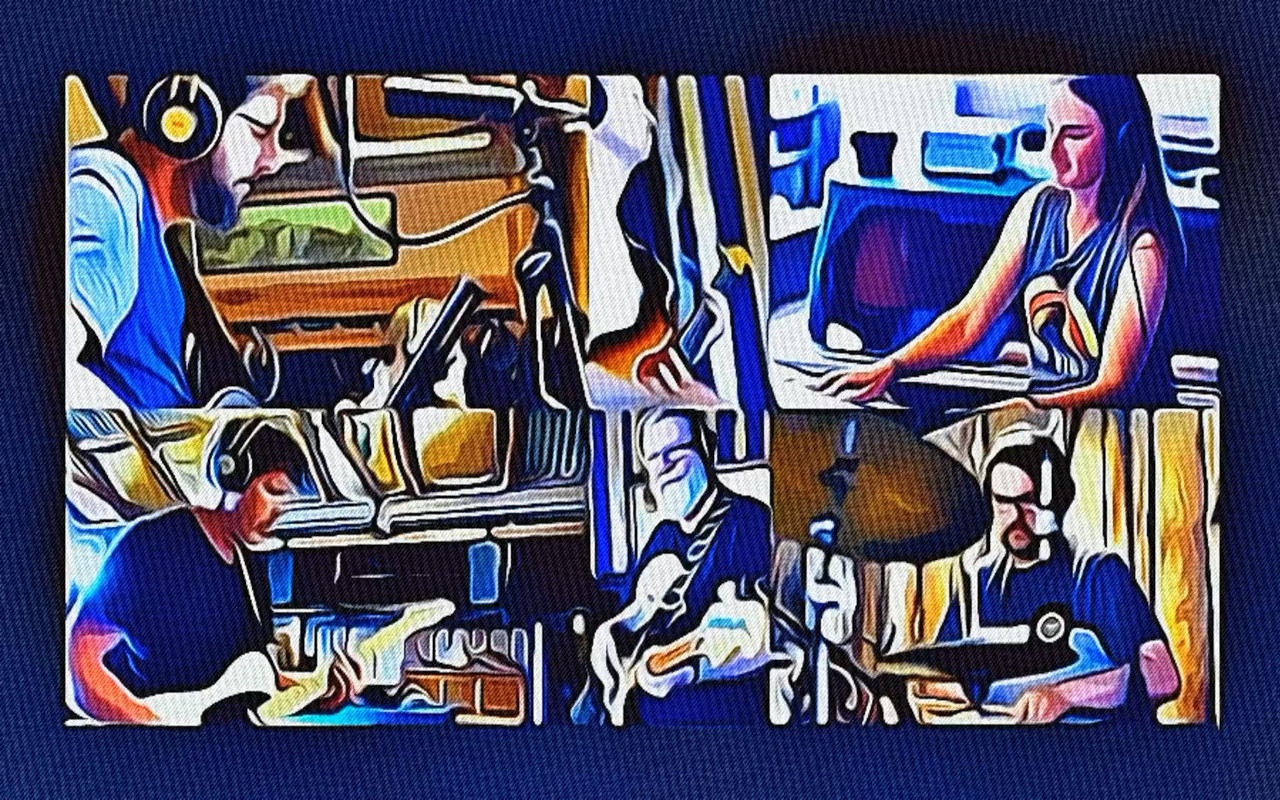 Mermaid Avenue mixed their indie rock and alt. country with a healthy dose of 90’s classicism and oz rock swagger on their debut record ‘Temptation And Half the Truth’. The album received critical acclaim, including the song ‘Rise’ being a finalist in Blues and Roots Radio’s ‘International Song of the Year 2019’. With a new album due for release in 2021, the revamped Mermaid Avenue is keen to expand upon. With 5 great new songs tracked (and many more to come) the band is keen to get their music back out there.   Pre-pandemic, Mermaid Avenue had become a regular feature on the Brisbane scene – driven by the prolific songwriting of singer Peter Clarke combined with the musicianship of Mike Kearey and Chris Wong (guitars), Mark Egan (bass), Casey Lee (keys), and Anthony Judd (drums). “Don’t Settle for Pain” is the brand new release from the band and how perfect the timing is especially after over 18 months of the world literally being suffocated by the C-word and the establishments behind it.

Don’t Settle for Pain often has a rousing, intensely emotional bent and the musical peaks that come along the way are perfectly built up to and integrate the various elements at her disposal in a seamless, highly musical way. The band obviously arrived early at a vision for this song – it has an ideal running time and manages to pack a world of musical experiences into its relatively brief duration without ever sounding rushed or cluttered.

The vocals are adept for facing down any challenge that comes along. The entire sonic flow really makes great drama out of the song’s lightly ironic twist and brings an appealing combination of grit and melodicism to play delivering the song’s lyrics. Much like the arrangement,  lyrics never waste a word or any of the listener’s time and hit upon an accessible, conversational tone without ever dumbing down the adult subject matter of never settling for pain.

The possible breadth of this song’s appeal is immense. Listeners old and young alike will find some basis to relate to the lyrics or else understand the enormity of the experience.  We decided to catch up with the band for an interview..

What inspired you to get into music?
Like most people, we were inspired by the artists we have been exposed to as we were growing up. Collectively our main influences are bands like Tom Petty, Wilco, Drive-By Truckers, Powderfinger, REM and The War on Drugs. Individually our tastes vary, which kind of creates the synergy in the songwriting. We’ve all been in the music scene individually since we were young, but this band has become the place where our collective creative output seems to happen.

How would you describe your music?
Always a tough question. We can be quite eclectic as the songs often start in one style and end up in another. We tend to let each song evolve to where it needs to be, we don’t aim for a style or a sound. If you go through our back catalog you’ll see that we’ve released a range of songs in a range of styles. The lyrical theme tends to be the same, as Pete really tends to focus on real stuff, ‘relationships from all the angles’.

What would you say is your recording and songwriting style?
Writing style is pretty straightforward. Pete (singer) will come up with the basis of a song. He brings it to the band and it gets ‘Avenued’ as we play through it a few times, it evolves. Once it feels natural and right, its finished. Recording wise, we tend to record live in the studio to keep the vibe and overdub where necessary (Vox, BV’s, solos). Solos are rarely prewritten, just improvised on the spot – and the best take wins.

Where would you like to see your music career in 5 years time?
Hopefully Album #7 or 8! It would be great to have engaged more with audiences globally. As an independent band we don’t have the resources for big promotional pushes, but we are slowly growing our audience around the world.