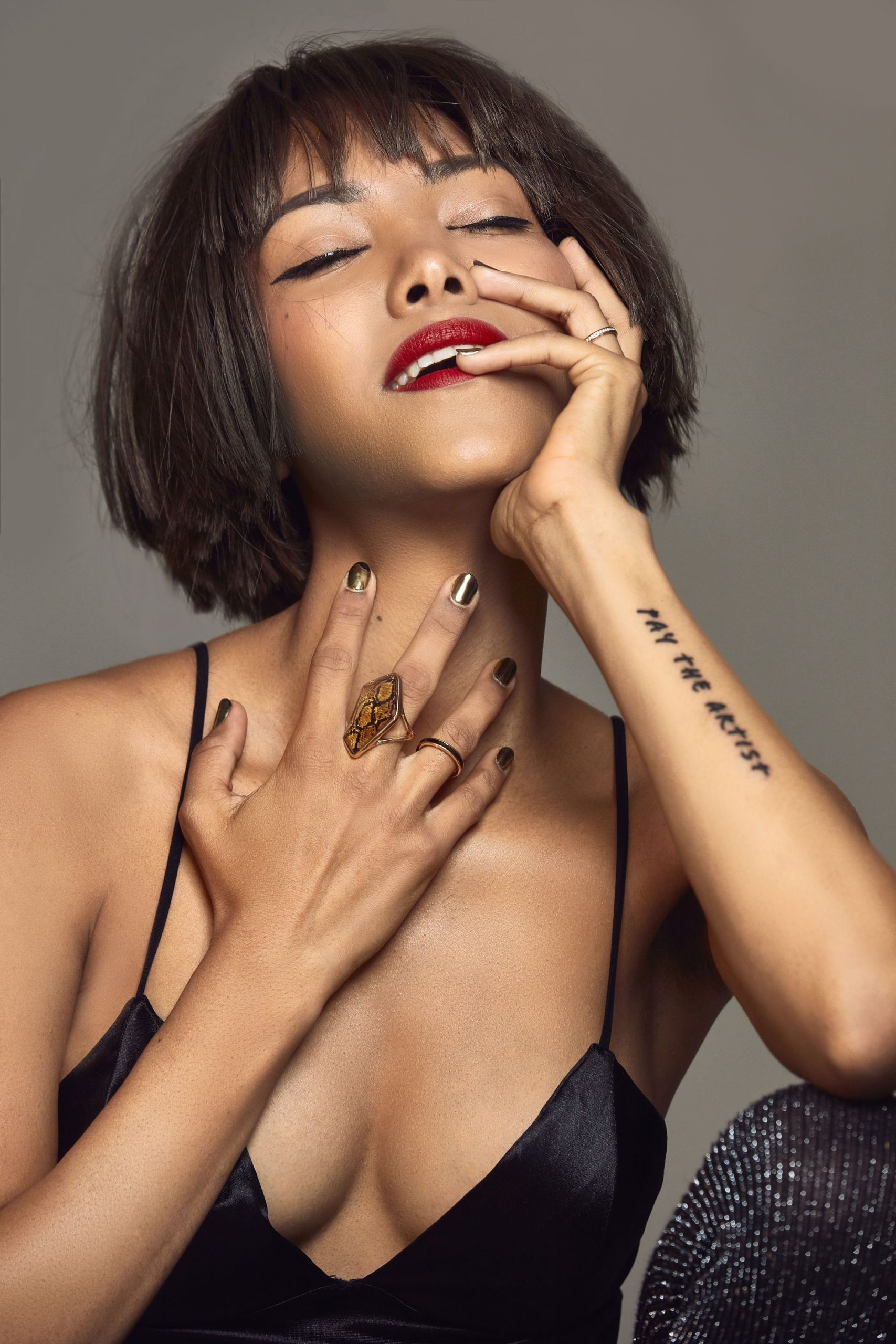 Cyrilia Lopez is a multi-genre bending, singer-songwriter and performer from Trinidad-Tobago whose voice channels the multi-cultural history of her homeland: Indian, Spanish, African, British, Chinese, and French. Like many of her musical heroes, such as Whitney Houston and Mariah Carey, Cyrilia’s musical beginnings originate with the spirituals and gospel music she learned in church as a child, and her vocal delivery effortlessly blends the pristine phrasing of her heroes as well as the rhythmic calypso and melodic gumbo of Trinidad-Tobago. The sonic textures of her songs explore the emotional tapestry of our daily lives: introverted and extroverted, love and bitterness, compassion and greed, vulnerability and bravery, yet they are infused with momentum, shine like sunlight after rain, and defiantly speak truth to power with authenticity while celebrating the sweetness of life despite trauma and adversity. Since 2015, Cyrilia has been based in Asia, first in Beijing, China and later in Busan, South Korea, where she now resides. She has been steadily composing, performing, connecting with diverse audiences and furthering her musical career. Her first single, “Are You the One for Me” was released in 2019 on her EP “This is Me”. Her latest single, “Angels Singing,” a song dedicated to inspiring women to positively embrace their sexuality, was released in May of 2020, and her next single “So Empty” will scintillate the airwaves on September 21, 2020. Cyrilia Lopez has survived troubled waters and has arrived boldly into our collective now. She is here to stay, determined to sing from her heart until it runs out of beats.

There are a lot of terms used to explain the talent of a woman like Cyrilia Lopez that have been used across the ages. Jack of all trades. Renaissance woman. But whatever term you choose to go with, one thing is equal across all of them; this woman is super talented. And on her latest single, Angels Singing, she seeks to bring that talent to bear  lending her powerful voice and unique  sound .

To date, Cyrilia Lopez may be one of the most underrated artists and multitaskers on the market today. With a background so multicultural and diverse  i believe she will be able to attract more fans in Britain and worldwide.

The production is apparent from front and center, crafting a space that is warm and organic, packed with earnest handclaps and toasty tones that accent Cyrilia Lopez’s buoyantly nuanced vocals that deliver the wholesome, engaging lyrics with ease on opener.

It’s rich, flowing, and engaging through and through and sets the table perfectly for the subtle beauty of her music.

We caught up with Cyrilia Lopez for a short quick fire round interview.

What inspired you to get into music?
Music become a source survival so I dealt with the pains of my childhood and I saw that I was able to eat, as a child when I saw the neighbours would give me food.

How would you describe your music?
Without boundary ,authentic and soulful and live . I live for life performances.

What would you say is your recording and song writing style?
I write from my experiences often when you hear a song from me. The lyrics are a reflection of things that I’ve experienced.

Where would you like to see your music career in 5 years time?
In five years time I would hope to still be making good music my voice works that’s the least I ask for. I hold onto the thought if at least my music reaches one person that’s enough to change the world.