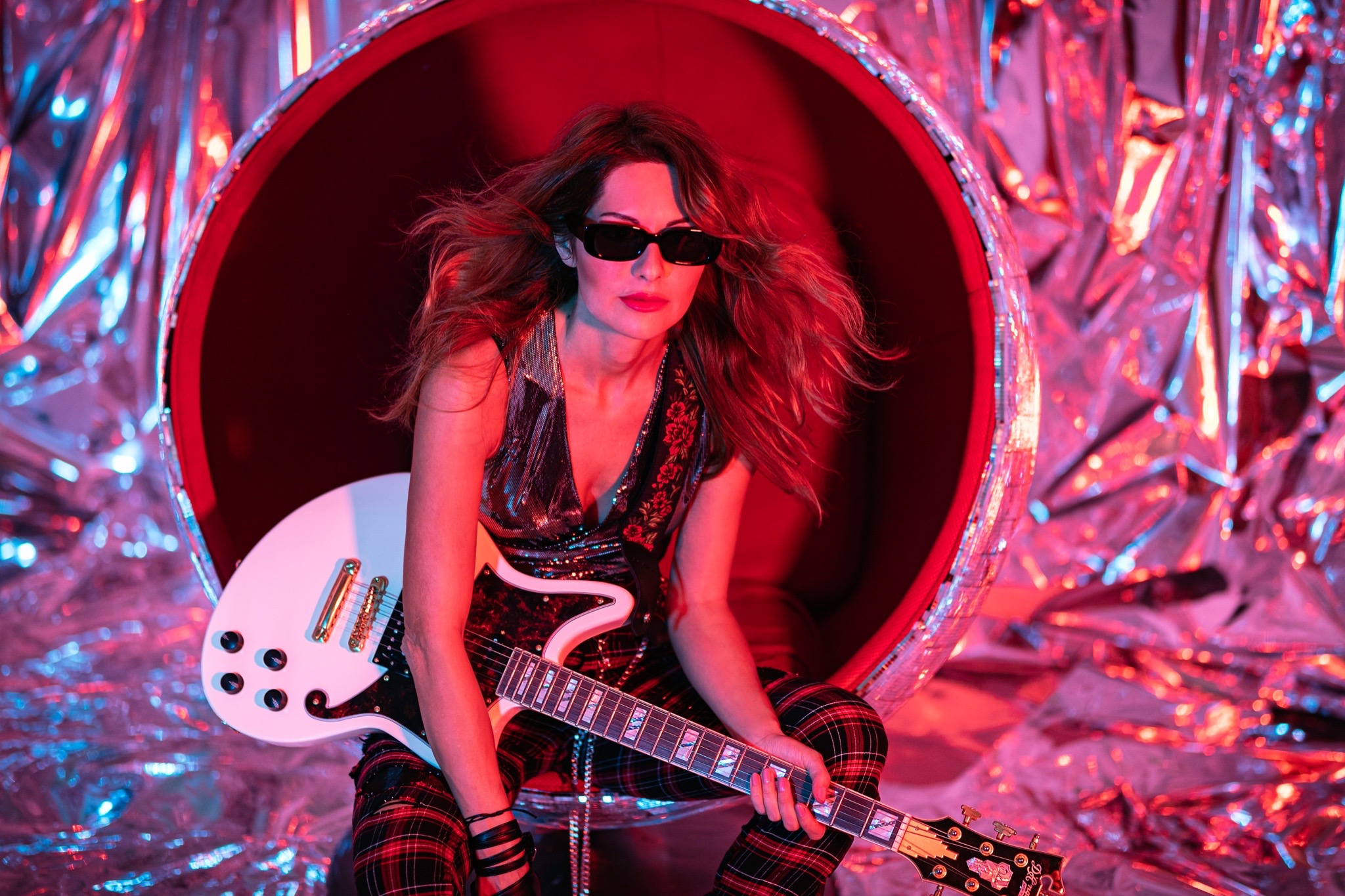 Nadia Lanfranconi, singer-songwriter, and actress born and raised in Lake Como, Italy, now living in Los Angeles CA. After releasing a few tunes flavored with country music, the Italian jack of all trades is going back to her rocker vibes with a new EP set to be released at the end of October. Her new single ‘Talking to the Moon’  is her cover of the Bruno Mars classic which seems to have struck a chord with many musicians. However, Nadia’s cover is more special, she adds a whole new element to the remix which brings a much fresher angle to the song. The song was already great and even made more appealing using Lanfranconi’s creativity.  Music is about artistry, once the art is added it becomes the catalytic ingredient required to make the whole mixture unique. ‘Talking to the Moon’ by Nadia Lanfranconi does just that. I found myself listening on repeat and you will too once you get this on your Spotify playlist. We managed to catch up with the amazing lady herself for a quick interview.

1.) Welcome back, now your new release is a cover song. What made you decide to redo this cover?
I was on a walk and the original song by Bruno Mars came on randomly on Pandora, it’s a sweet ballad and immediately I thought “ This would be cool punk rock”. I made a decision there, I went back home, opened GarageBand, and started recording what it sounded like in my head. Then I called french musician Vincent Lanty and asked him to produce the track. Then I called Matt Fuller ( Puddle of Mudd) and asked him to lay some kick-ass guitars on it. And so on… Was just a thought I followed through on, we should do more of that!

2.) So, how would you say 2022 has been for you so far?
This is the year I got so sick of waiting and decided to pour everything I got into recording the songs I held back.
It’s the year I got to meet my hero and her words impacted me more than I knew. It’s the year, actually the day right now, that I have to go sing at the Dodgers Stadium and I’m nervous as hell.

3.) Your music is consistently going through a great transformation. Where do you see your music going in 5 years?
Who knows, I have no idea I’ll be doing this now five years ago so we’ll see, hopefully NOT House Music, I hate that sorry!!

4.) What are the Top 5 countries to perform in?
I wanna say the expected ones but I’m gonna say any country where people really will enjoy your music.

5.) What are your Top 5 best artists of all time?
Not in a specific order!
Sheryl Crow, which I got to meet this year.
Tyler Childers, this guy sings from the heart.
Elvis, you got to put him here, mandatory.
Alanis Morissette, she’s incredible, probably an alien.
Dolly Parton, the queen!

6.)If you had to collaborate with another artist next year. Who will it be and why?
Sheryl Crow. This is always gonna be my answer until it happens ahah

7.) Well, hopefully, she reads this and this becomes the law of attraction in motion. Finally, where can readers find your music?
All streaming platforms, anywhere online just say my name, say my name..