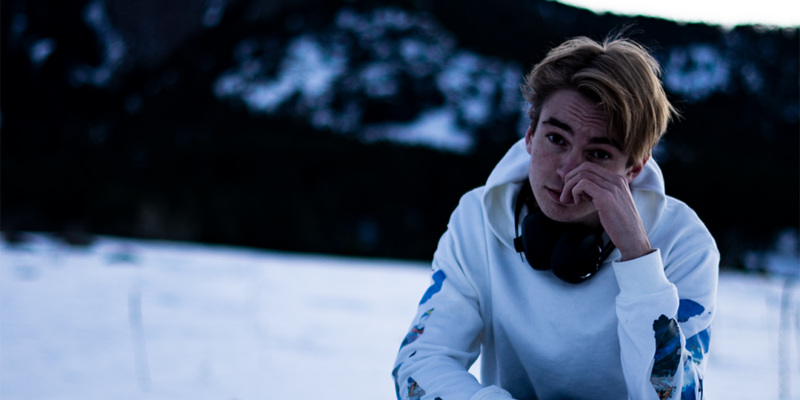 Introducing Nate Leblanc, a 20 year old Frenchman living life in the Rockies. He is known for pushing the boundaries of modern music while making tracks that connect with the human soul. Nate’s genre-bending sounds truly have something to lift up any type of listener. As a Lifetime musician, Nate Leblanc first got into live performance after his move to Boulder, Colorado. First a frequent fraternity dj, Nate eventually moved on to becoming a supporting act for local, nationally and internationally artists such as, but not limited to, SNBrn, Branchez, and elderbrook. On September 25th, Nate Leblanc released his debut mixtape, La Belle Vie, on all platforms to much acclaim. He is currently working on 4 different mixtapes exploring every facet of music, s and genre. In his all-new album La Belle Vie,  Nate Le Blanc  experiments with different influences and emerges from the studio with one of the strongest efforts of his career so far.

What inspired you to get into music?
I’ve been a musician my entire life, either composing or listening to it, although I only started producing and recording music about a year ago! I originally started off making EDM simply because I was running out of music to play and couldnt find what I was looking for. Eventually though, I realized that I have a really powerful tool for helping people, and that I should be using it for that very purpose, so I could say that that’s been the biggest thing keeping me going.

How would you describe your music?
I would describe my music as being just “music”. There isn’t really away to describe it other than it being something raw and honest that captures the essence of human nature and emotion. Pretty much just music that you can listen to when you are going through something, with the lyrics and melodies carrying through whatever trauma you may be facing.

What would you say is your recording and song writing style?
I don’t really have a style, I tend to avoid boxing myself to one single genre. I can say though, that I have many influences, from jazz and blues to hip hop and even electronic music. I just make music that sounds good to me, and end up capturing what I’m feeling at the present moment, whether that be through melodies or through lyrics.

Where would you like to see your music career in 5 years time?
5 years from now I’d want to be helping and changing people’s lives. I wont consider myself having “made it” until at least one person tells me my music or concert helped them in any way.

Where can music fans listen your music?
My music is everywhere! Apple Music, Spotify, Youtube, Soundcloud, Deezer, you name it 🙂 I will say though that I tend to accidentally leak new songs on my soundcloud quite often.